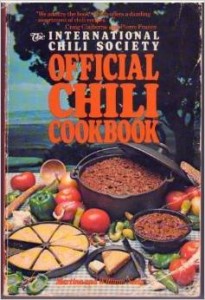 James Garner’s Chilli is the BEST chilli I’ve ever eaten – out or in.  It’s the kind of chilli you eat a big bowl of, and then you sneak back to the saucepan when nobody is looking, and get another bowlful.  I’ve had it with rice and I’ve had it “Columbo style” with crackers.  It’s delicious either way. 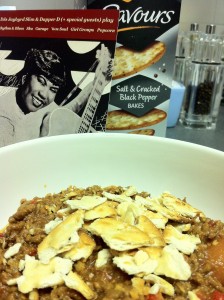 When I was younger and a rubbish cook, the one thing I could do pretty well was chilli.  I love it still.  It’s quick, it’s easy, you can leave it bubbling away for as long as you like.  It’s the non-cook’s friend.  So now I’ve found my perfect recipe I am soooo happy.  I’m not sure I’ll ever make another film star’s recipe for chilli, even though I have lots in the spreadsheet.  It must be James’ inclusion of honey and margarine (yes, margarine!) that does it.  Mr R asked me once if I would try it with butter instead of margarine but I don’t want to stray that far from the formula in case it wrecks it.  Marg it is.  If is is OK for Mary Berry and James Garner, it is OK for me. 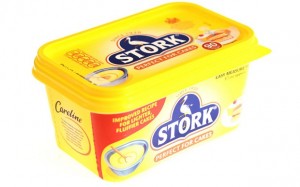 I’ve written about the first time I made James’ chilli here with full cooking instructions.  There are always tiny variations when I make it, based on what is in the cupboard.  Here’s what I used this time:

Yum yum.  If you like chilli I recommend making a massive batch of this and freezing some, as it freezes really well.  Imagine the joy when you are scrabbling around in the drawers and you find a weighty bagful of this in your freezer.  I plan to always have some up my sleeve. 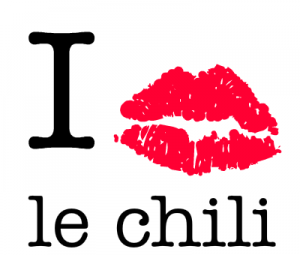 Vic still comes round once in a while to watch an episode of the Rockford Files and recently, we watched the most preposterous episode yet, “The Farnsworth Stratagem”.  Basically Jim poses as an oil baron complete with Stetson hat and builds a full size oilrig in front of a hotel to scam a scammer.  Vic said,  “It’s the most ridiculous programme of any kind I have ever seen”.  Which is saying something.

James always did look good in a cowboy hat… 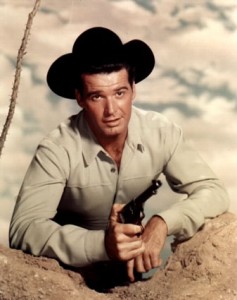 Me and Mr R have watched all the episodes of Columbo I have lying around the place, so the other day he asked if we could watch an episode of The Rockford Files. I decided to see what he made of “The Farnsworth Stratagem”.  He was of a similar opinion to Vic and said: “It’s ridiculous but I like it”. 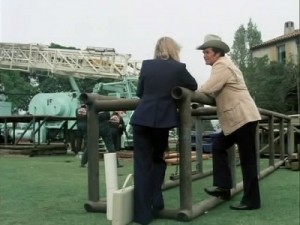 He made me laugh a few days later after we’d had a run in on a bus with a really toxic shouty man.  When we got back to my place he said, “If I ever see that guy again, I’m going to find out where he lives and build an oil rig in his garden.” Yes, a most excellent plan for dealing with people who disturb your equilibrium.

Cheers James, your chilli is the best x 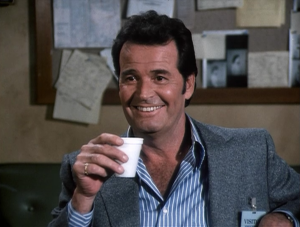