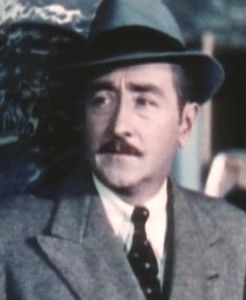 “When I realized they had me pegged as a foreign nobleman type I began to live the part, too.
I bought a pair of white spats, an ascot tie and a walking stick.”

I’m getting ahead of myself by preparing Adolph’s cheese a couple of days before Gladys and Ava’s visit on Thursday. I have proposed a rather elaborate menu – Tallulah Bankhead’s French 75s alongside canapes containing aforementioned cheese, Errol Flynn’s Baked Fish Havanaise with seasonal vegetables and Joan Blondell’s Cherry Compote. Blime.

It’s a bit daunting, but as I’ve just been sassyfied by Lisa over at thesassyminx.com I’m not going to panic. I can do it! I’m also going to take on her advice on how to focus my energy and get everything working together towards getting the book published.

I am going to try and live the part of a Silver Screen Hostess on Thursday evening too – what is the feminine equivalent of white spats, an ascot tie and a walking stick? 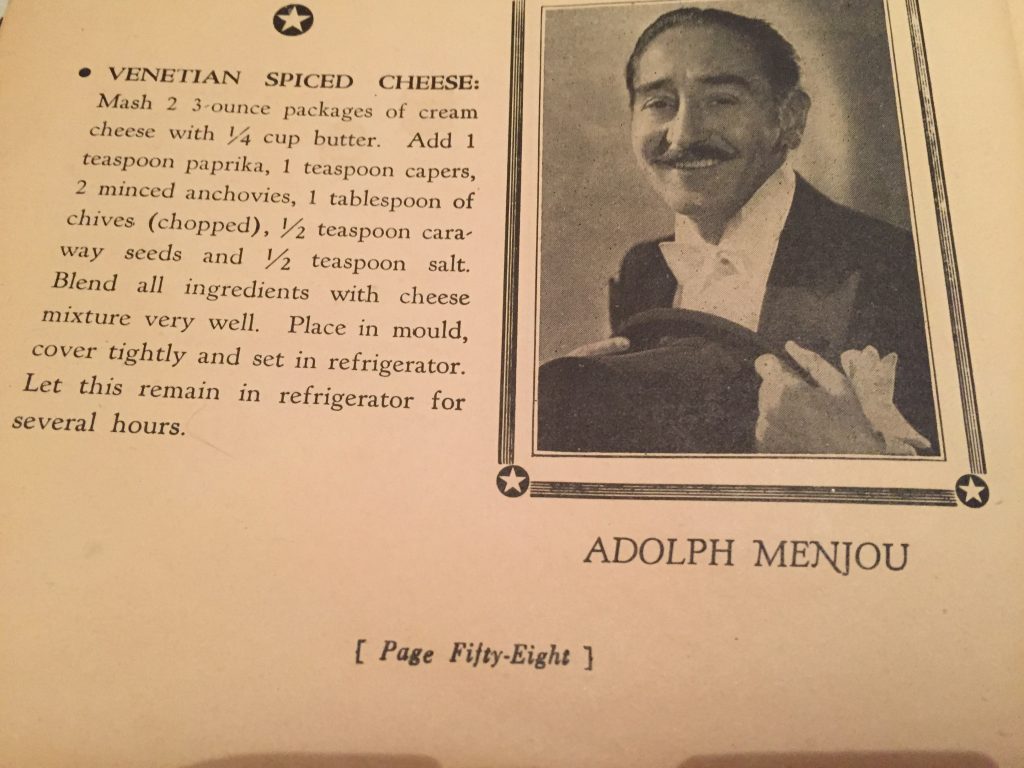