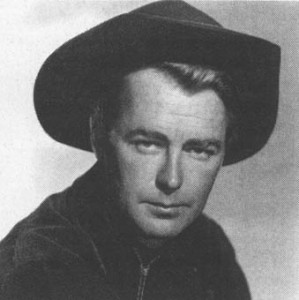 “Being a good host offsets the deprivation and loneliness of my youth.”
Aw, come over here Alan and let me give you a cuddle…

Our most prolific tester so far, Dale in the TAMI office over in cowboy country threw a “Star Spangled Rhythm” party last week. Dang I wish I’d been there. She selected recipes by several of the stars in the movie and had a right old cook-up. I’m going to blog them one by one to savour the enjoyment of it all!

Of Alan’s Pancakes she observed that potatoes and onions must have been smaller in Alan’s day, the proportions of the recipe were all out of wack and had to be fiddled with – I have taken note. Love the modern modification Dale suggested of topping some with creme fraiche, some with applesauce and some with caviar. What would Alan have thought of that?!

As some of you may know, cowboys are my weakness and that Alan sure was a tall drink of water. I can’t think of him however, without recalling the debacle Ruthie had when she organised a screening of “Shane” in the town where it was made. Horses went wild and trampled on cars. Parents were grabbing their tiny Shanes left right and centre as the gee gees rampaged through the streets. Yee-haw!

I sure do miss seeing men wearing stetsons on a daily basis… I want to be in Austin.