I love goosegogs so when I spotted this recipe for jam I decided it could be a contender for the Muswell Hill Horticultural Society Summer Show.  There are only 5 categories in the cookery section in the Summer show, unlike the Spring show which has approximately 1000.  Well, it feels like it anyhow!  Despite this, myself and Battenburg Belle ran ourselves fairly ragged getting all our competition entries ready for 12 noon on Saturday.

The jam I made in advance… 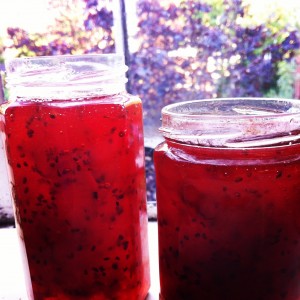 I based my jam very loosely on Alice’s recipe, her instructions are a bit vague, and I did cast my eye over one of Pam “the jam” Corbin’s recipes for comparison.  I think this is the best jam I ever made though, it turned out brilliantly and won second prize.  I was very happy.  Those who live in the countryside or who have allotments will think it crazy that I paid £9 for gooseberries to make 3 jars of jam, but such is life as an urbanite. 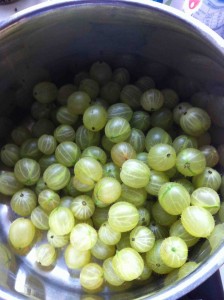 Alice’s Gooseberry Jam recipe is from the earliest collection of celebrity recipes I know; “Celebrated Actor Folks’ Cookeries: A Collection Of The Favorite Foods of Famous Players” from 1916.  Here it is: 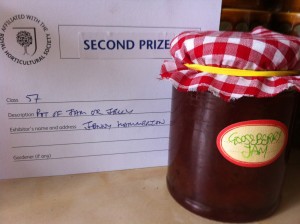 As Alice says, “Being an English girl, I must have jam for breakfast every morning.”  So now I have some!  Thanks Alice!

I have FAILED to find a photo of Alice Gordon online.  I’ll have to ask my chum Gary Chapman over at The Jazz Age Club if he has one.  She was in 6 silent movies according to the IMDB.  Maybe she was camera shy?  I got excited when a bit of googling led me to this pic, goodness knows why as this is Ruth Gordon, but I can’t resist using her as a placeholder until I get Alice… 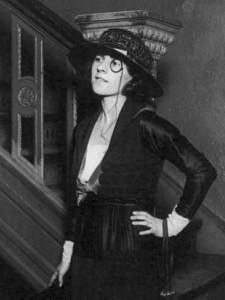