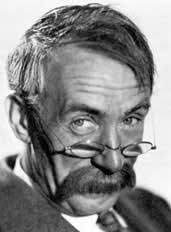 I had LOTS of ham left over from the Marsha Hunt Ham – With Love recipe and whenever this happens my thoughts turn to Andy’s casserole.  It’s not a casserole as we Brits would know it, and it doesn’t look much on paper but it is absolutely delicious.  There’s surely a name for recipes that turn out to be much greater than the sum of their parts? I do not know what that might be, but I’m sure Mr Rathbone can come up with something, or Mark Brisenden actually, after his “Breklunchendinner” inventiveness in the Marsha Hunt post comments. 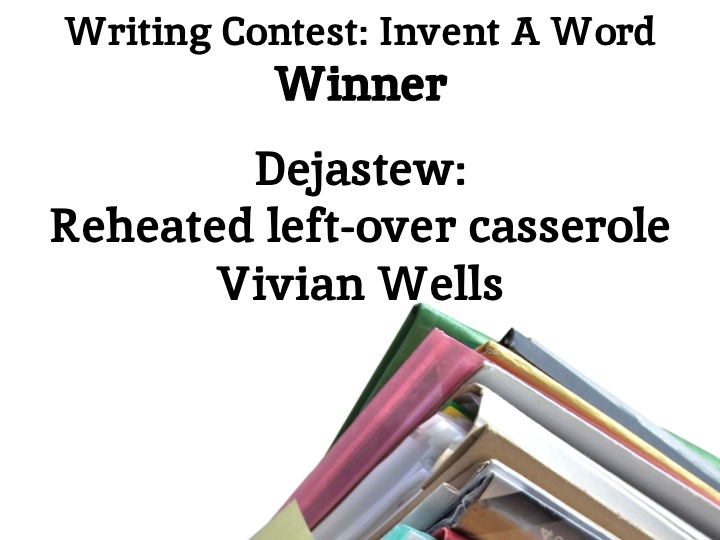 Until then, here are a few pics, some suggested tweaks, and Andy’s 1930s recipe.  It’s great for any leftover ham you might have knocking around after Thanksgiving or Christmas (if we get to have one this year).  Plus as I am home alone, I’ve been having little singleton portions of this all week and can testify, as a Dejastew it’s great!

I buttered up my dish and used about 400g of ham. 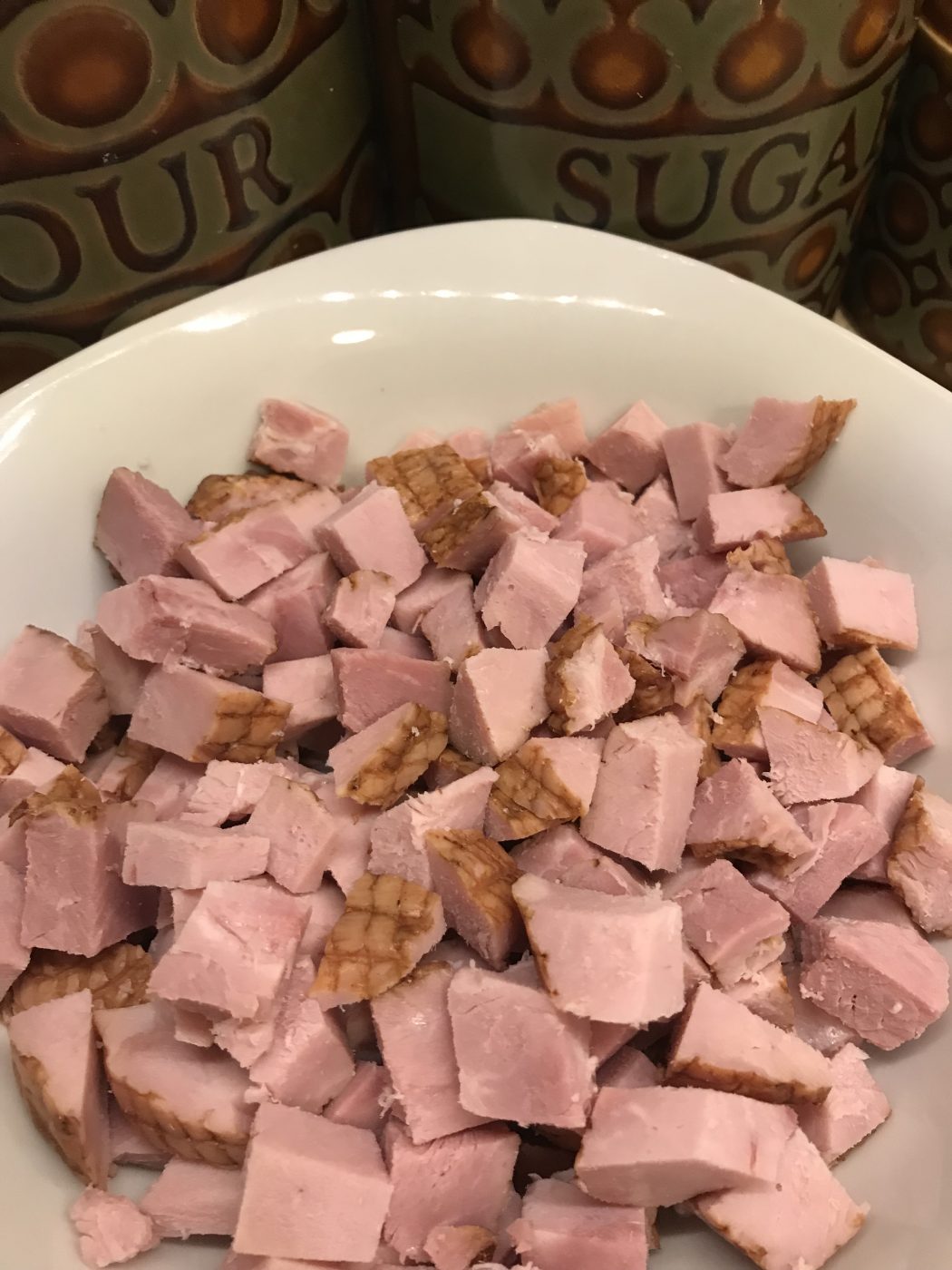 I like the fact that Andy is very specific about the number of mushrooms (12). 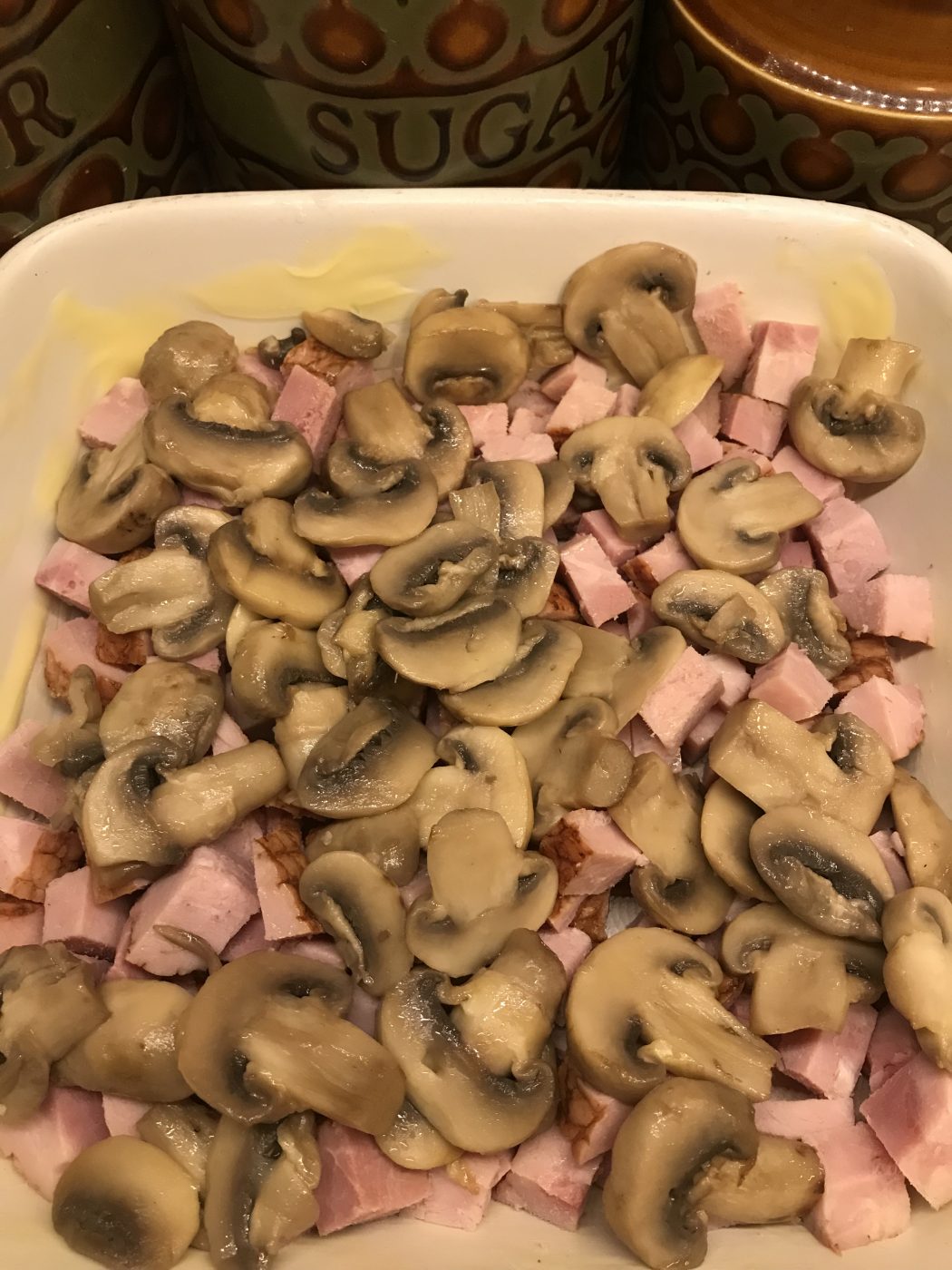 and the number of brussels sprouts (also 12). 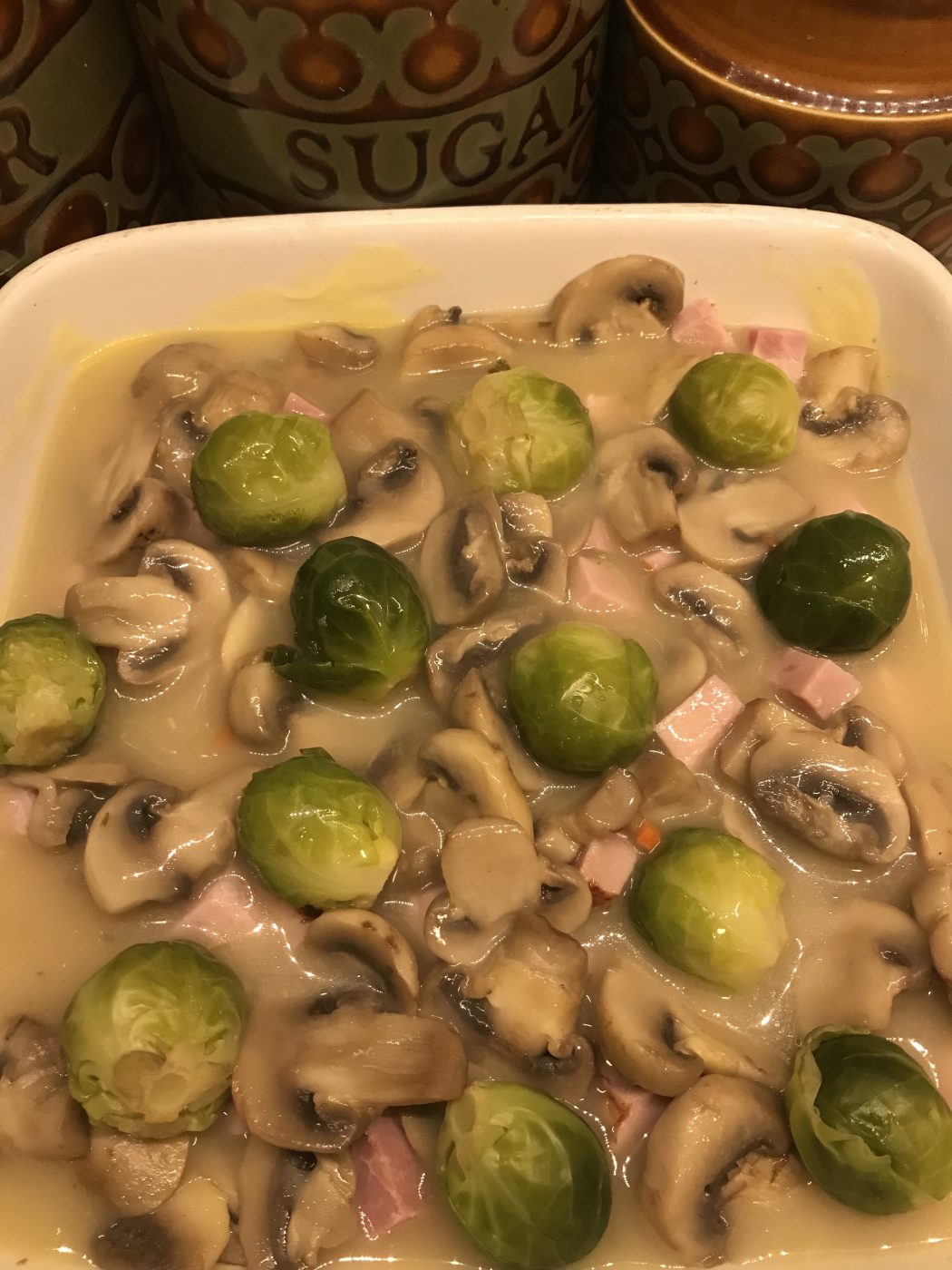 As I am a brussels sprouts lover, next time I make this I’m going to put in MORE brussels and less mushrooms (mine were quite big mushys).  I’ll also use a little less liquid for the sauce as mine didn’t thicken up much.  Here it is fresh out of the oven. 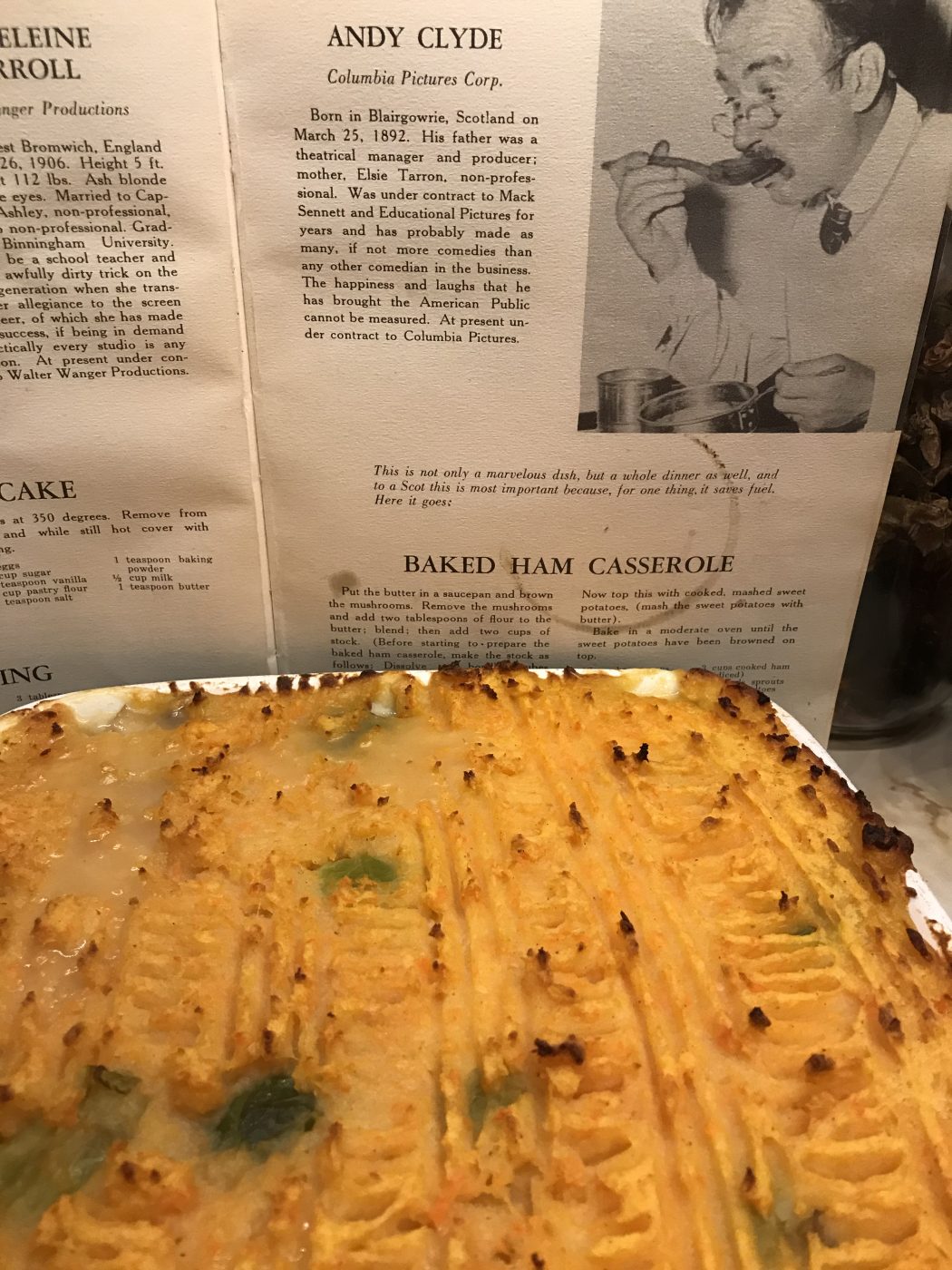 and here is some bunged on a plate. 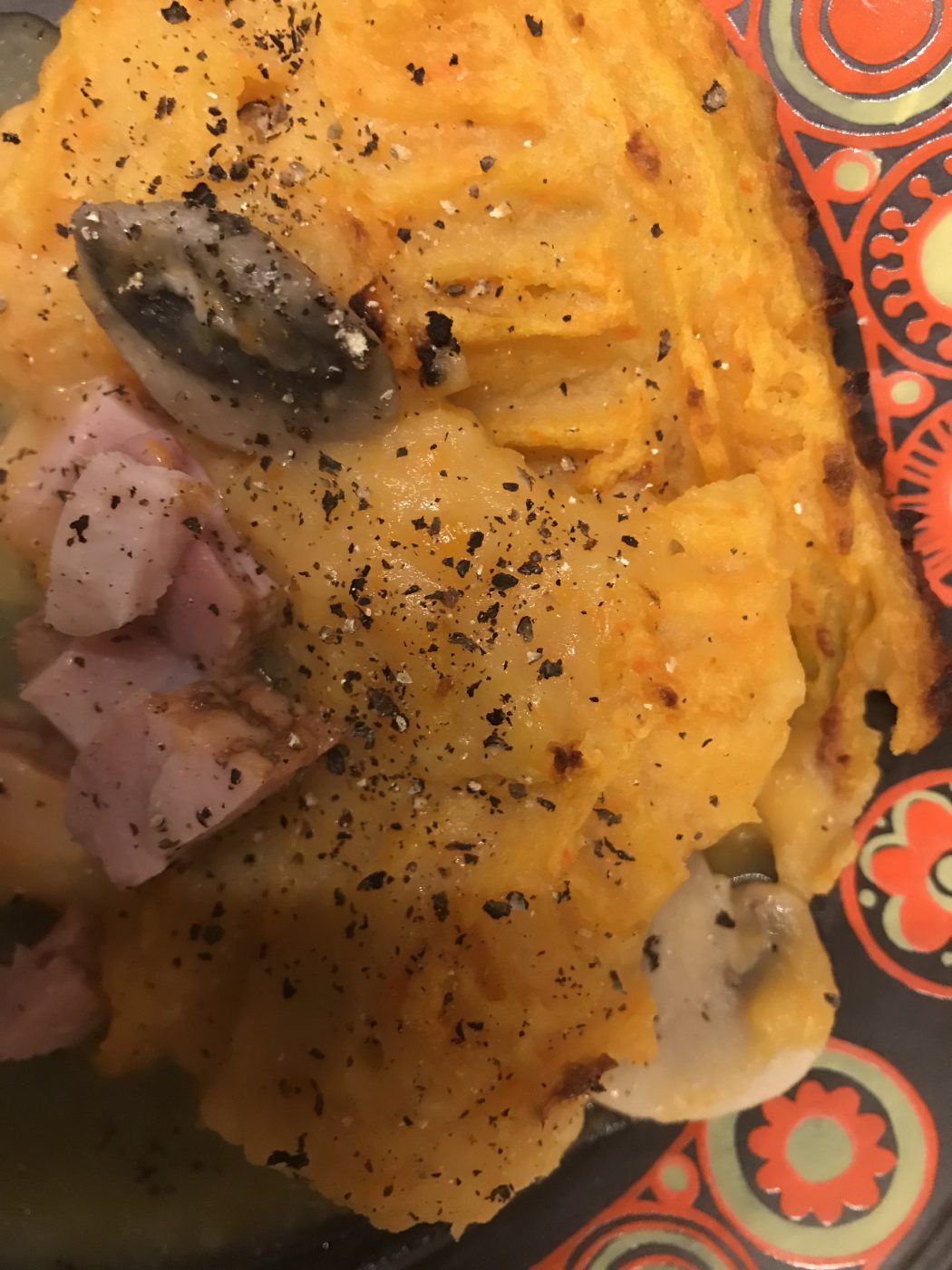 Yum!  I told my work buddy Lucy about this recipe and she made this using cream in the sauce, ordinary potatoes instead of sweet potatoes and added cheese on top.  YES! 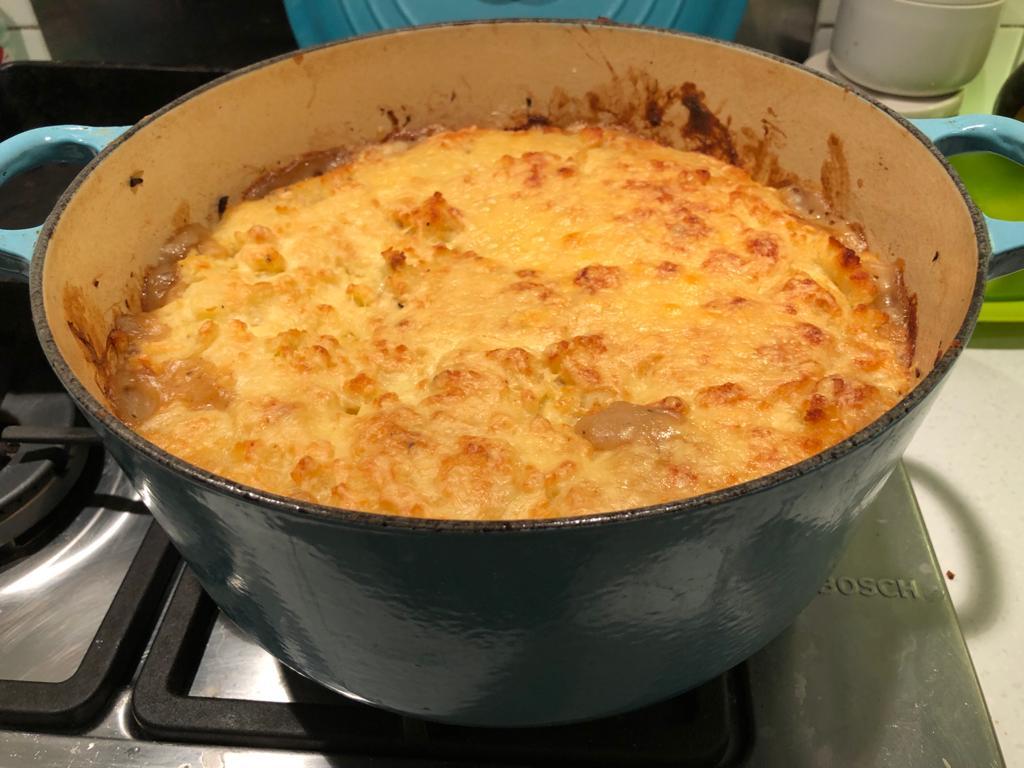 She said it “It’s so tasty.” and was even better on the second day when she had some for lunch. 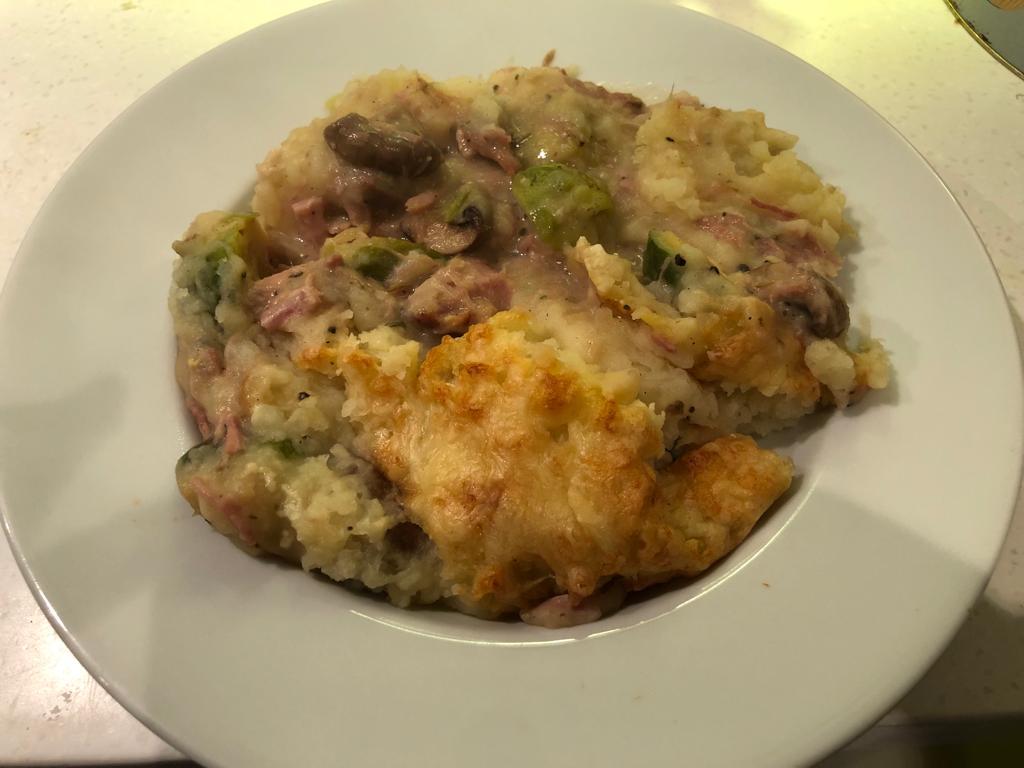 Thanks, Andy, for your “greater than the sum of its parts” recipe. 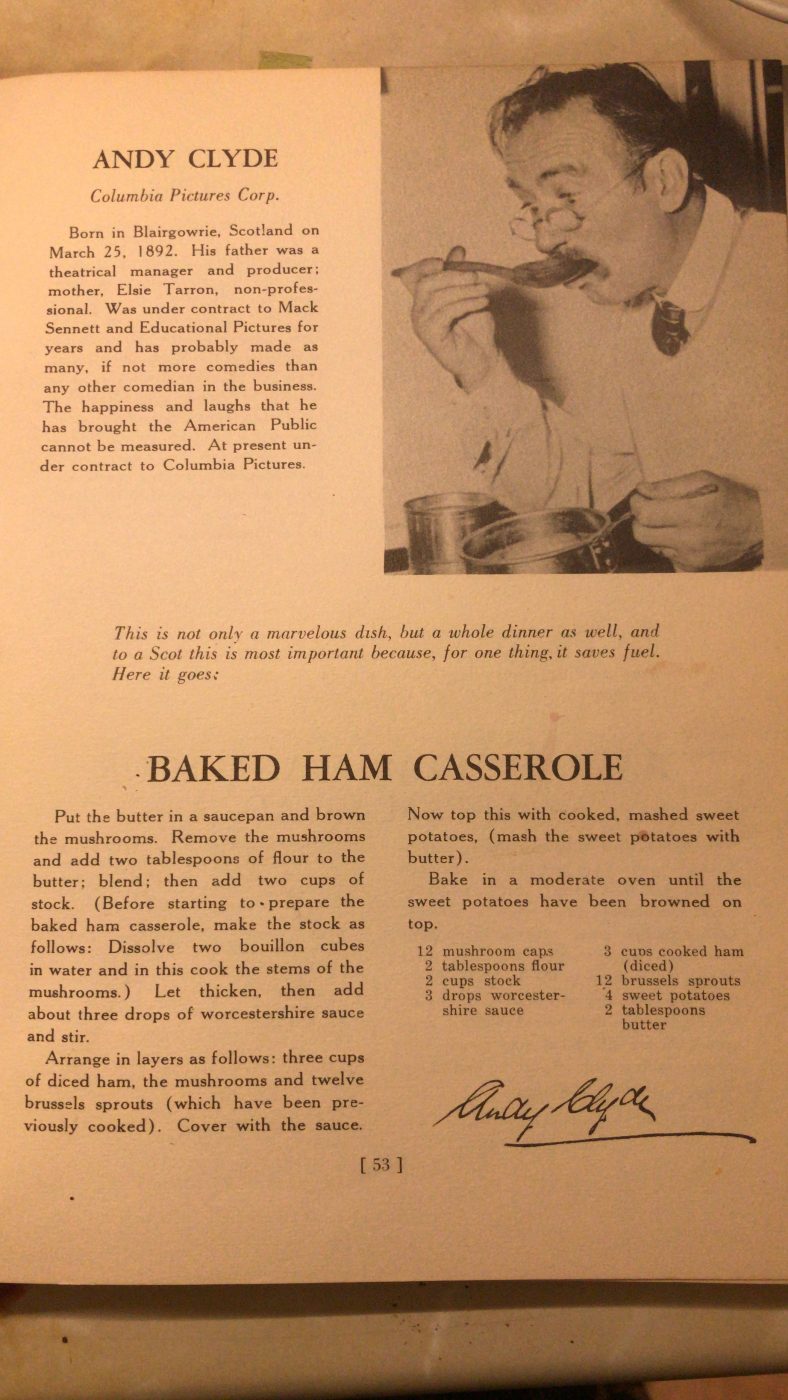