STOP PRESS!  All of the writing and tweaking and editing for the Murder, She Cooked book is done – yippeee.  I was wandering around with a feeling of great satisfaction and smugness and then FIVE MINUTES AGO I found an Angela Lansbury recipe on the internet I have never seen before.  OH MY! as Jessica Fletcher would say. 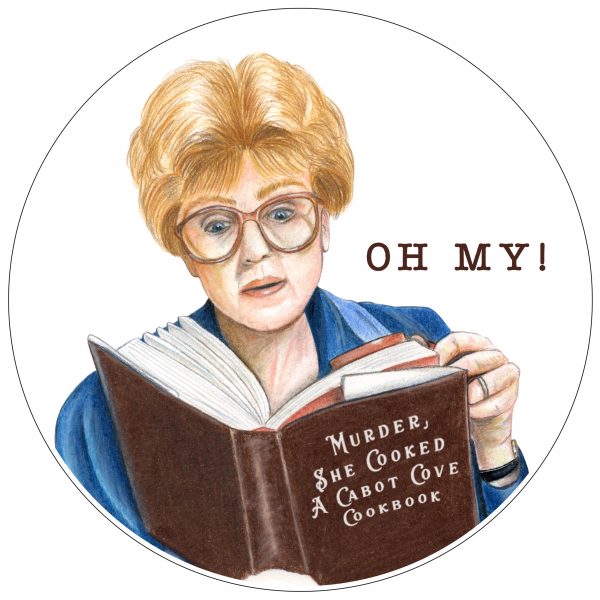 I feel mildly hysterical…  In both senses of the word. 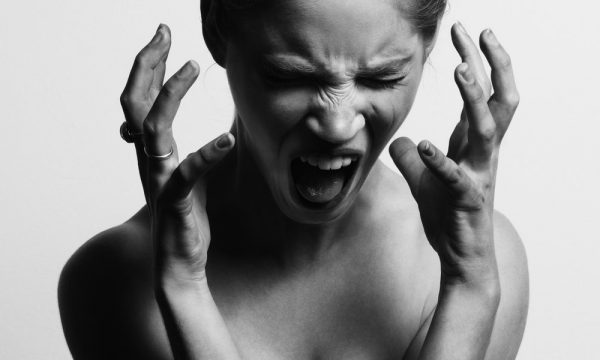 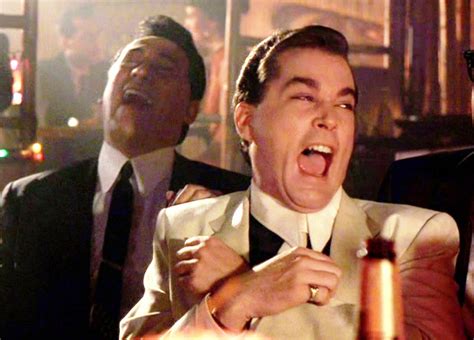 What will I do?  When will I have time to test it? How will I squeeze it in to the book as all the episodes have companion recipes already?  Aaaaaaaaaaaaaarg!  I will think of something… I will channel Angela’s attitude in this gif…

Naturally, I think that the recipes from Angela’s kitchen featured in the book will be cooked more than any of her co-stars’ so I want to make sure they are clear for all readers.  This recipe for Angie’s own bread appears in the brilliant Positive Moves, Angela’s guide to living your best life (highly recommended), but as a Brit it has proved a tricky one to wrangle. 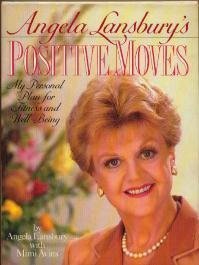 When I first made this back in 2019, I bought what I THOUGHT was one of the ingredients – this huge bag of cracked wheat. 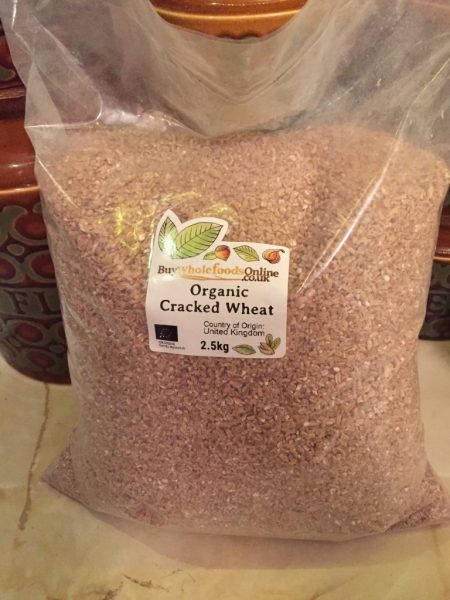 But soaking the wheat in boiling water didn’t get rid of the crunch.  The bread was edible, but I knew it wasn’t quite right.

To us Brits, the phrase “cracked wheat cereal” means nothing.  But after extensive googling and an email chat with Jane Mason, bread guru and founder of the wonderful Bread Angels I came to the conclusion that Angela means something else entirely than my crunchy grain particles.  Jane tested the recipe for the book, and confirmed my suspicions that it was probably more something like this… 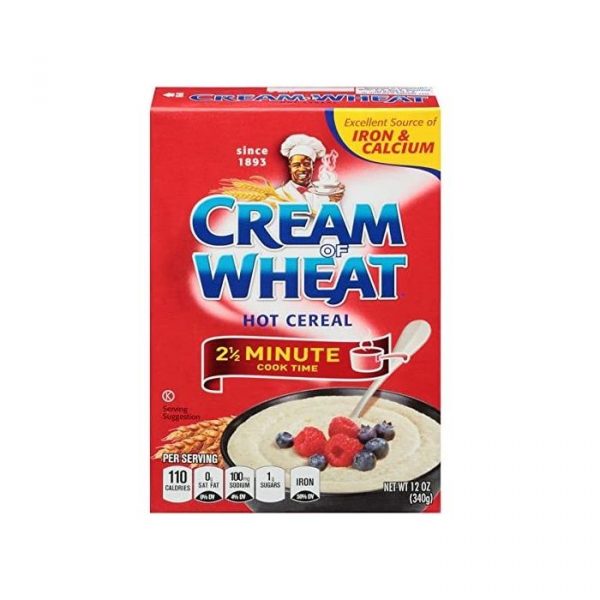 This is not something found on the shelves here in the UK, so I procured a box via the internet at a cost of almost £11 to try it out. That was about 2 and a half years ago and have only just now got around to trying it in Angela’s bread. 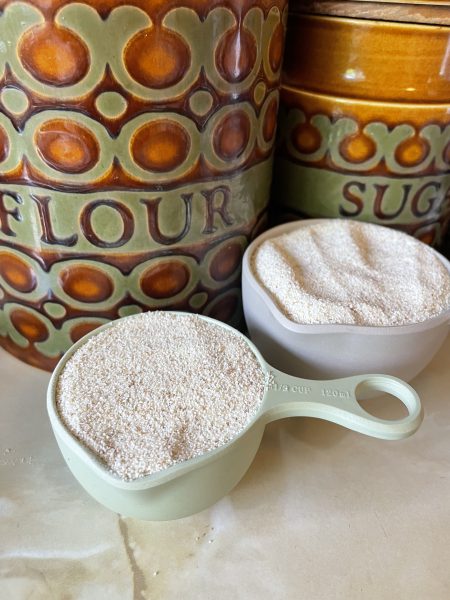 I am happy to report that IT WORKS! 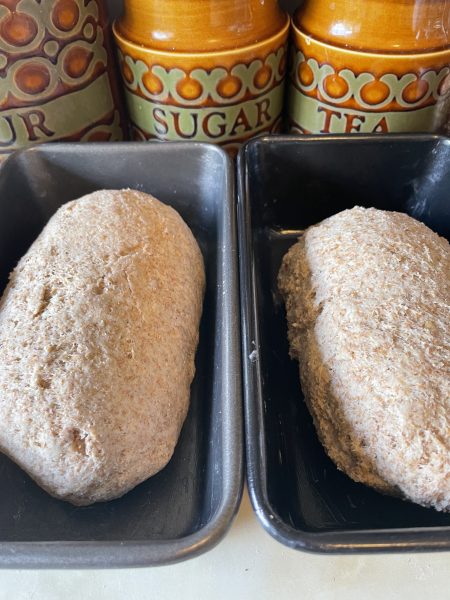 The crust still has a little bit of a weird crunch (perhaps the bran flakes?) 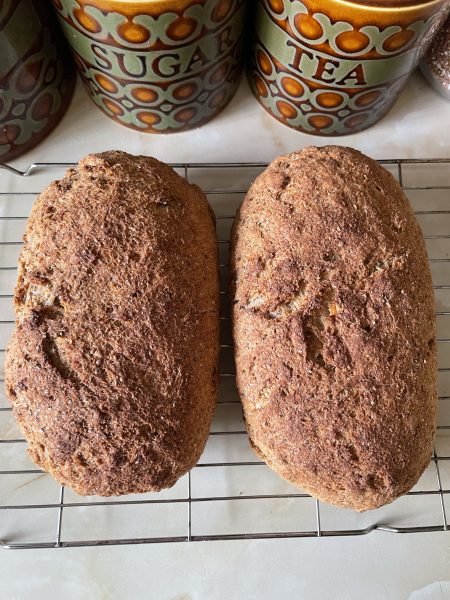 but the interior of the bread is soft and delicious.  RESULT. 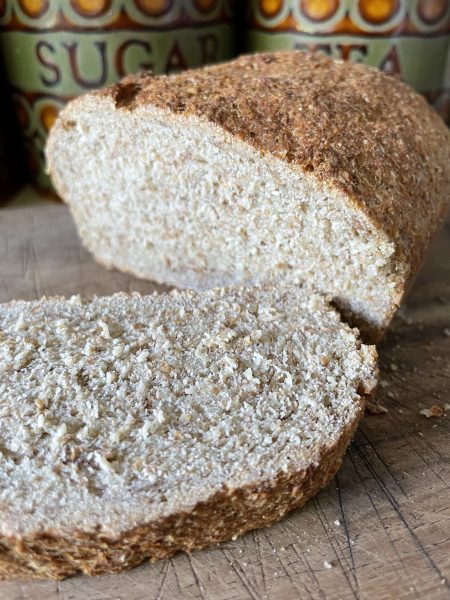 I am going to try a couple of other variations on this recipe to find something that will work in place of Cream of Wheat so that folks who can’t get hold of this product can make this bread too. Jane has suggested semolina, which is pretty easy to get here in the UK, so that’s what I am going for next.  Mind you, I just went down a research rabbit hole about semolina, farina, cornmeal, grits…. Aaaaaaarrrrrrrggggg 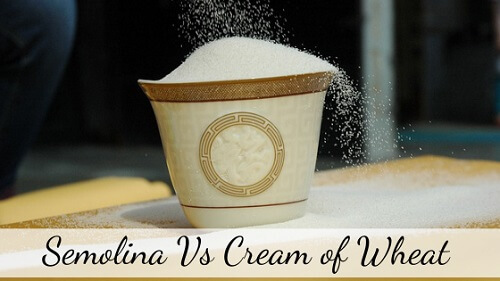 There will be copious hints and tips about making this loaf in the book as I feel as though it could be something people will want to make to feel close to Jessica Fletcher.  We do see her making bread in an episode of the show, perhaps Angela was using her own recipe?! 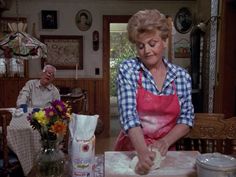 Directions:  Pour boiling water over the cracked wheat cereal, and stir it. Add the shortening, honey, and salt to the cereal. Set the mixture aside to cool until it is lukewarm.

Dissolve the yeast in warm water; let stand until frothy and add it to the cereal mixture. Gradually stir in 3 cups of the whole wheat flour. Then stir in bran flakes, oats, and wheat germ. Mix all the ingredients very well and cover the bowl with a damp cloth. Let the dough rise, about 1 hour to an hour and a quarter, until doubled in bulk. When the dough has doubled, punch it down. On a floured surface, knead the dough until smooth and elastic, blending in as much of remaining flour as you need to keep it from being too runny. Knead the dough until it’s fairly elastic and smooth. Divide dough in half and place in 2 greased loaf pans. Cover and let them rise in warm place until doubled. Bake in a preheated oven – 350 degrees F / 175 degrees C / gas mark 4 for 45 minutes or until loaves are well browned and sound hollow when tapped.

Angela says, “I love a slice of this bread, still warm from the oven, with some good plum jam and a cup of tea.”  Perfection! 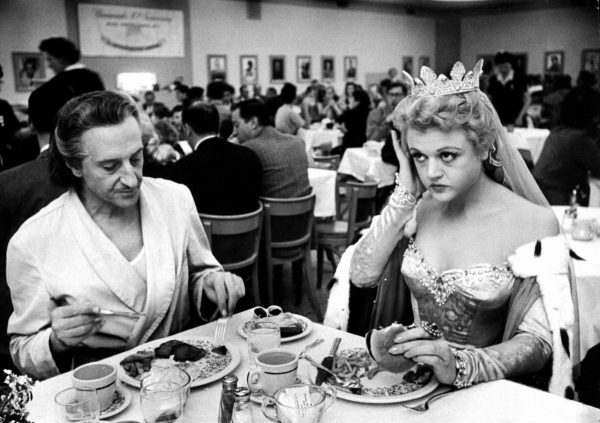