When my mum opened my Cooking With Columbo cookbook on Saturday, the first thing she said was, “Ooh, there’s a lot in it!” and I’ve had similar reactions from other friends and family.  I thought I would publish an extract from the book to give folks an idea of what lurks within these pages.  There is more than just recipes folks! 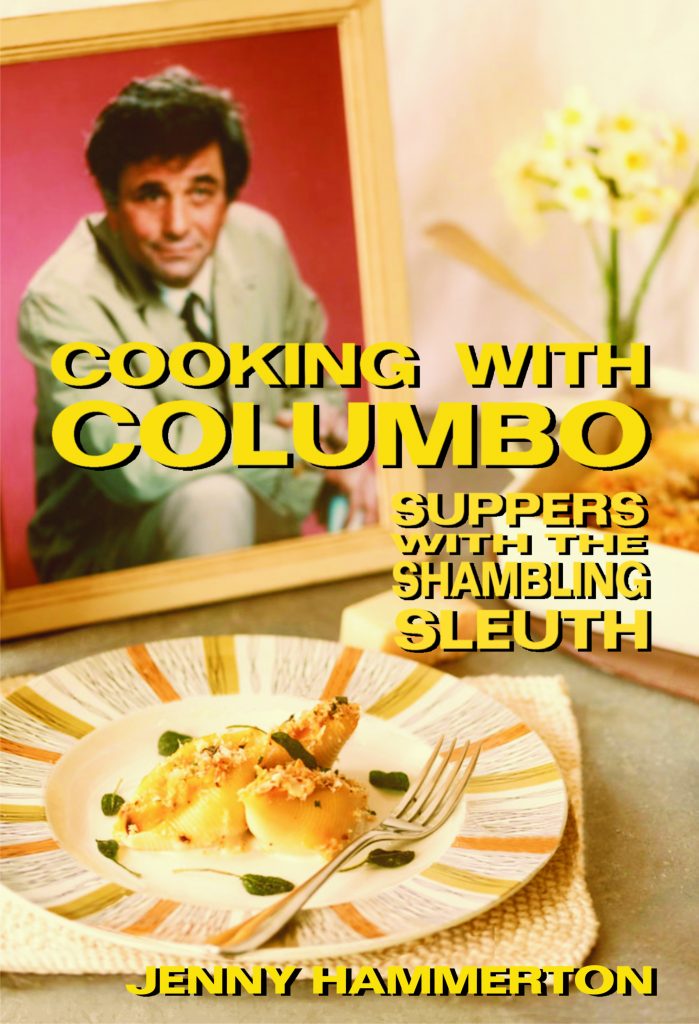 It was easy to choose which extract to post here as it’s the monthly #ColumboTV tweetalong on Saturday.  I am hosting and EVERYONE is welcome.  It will be a HOOT!

All you do is get hold of the Columbo Goes to the Guillotine episode (it’s the first show of season 8) and get ready to press PLAY at the moment appropriate to your timezone.  You then just follow the #ColumboTV hashtag to enjoy the mayhem.  It is so much fun as folks tweet like billy-oh throughout the episode and lots of laughs ensue. 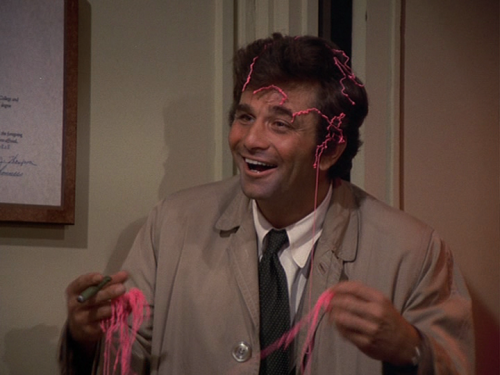 In fact, I’m going to be giving away a copy of the book to the person who makes me laugh the most.  I’ve had the boy wonder Steven Spelberg (sic) programming MM7 all week to analyze the length and depth of my belly laughs… 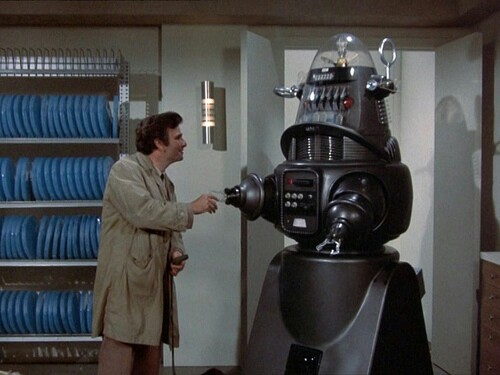 There’s also another chance to win a copy of the book on Saturday as I’ll be chatting to the legendary Johnny Trunk on The OST Show on Resonance FM. 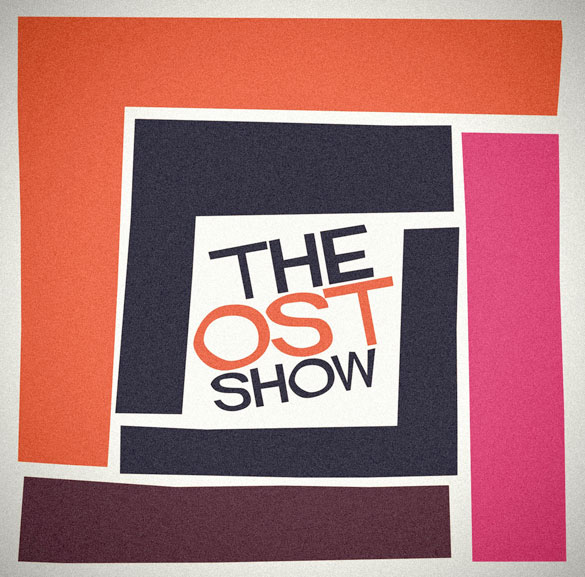 You could listen to me on Johnny’s show while you make Anthony’s Chicken in a Brick!

So this is the entry in Cooking With Columbo that relates to the Columbo Goes to the Guillotine episode.  There is a similar guide to each of the 69 episodes with a recipe relating to one of the stars appearing in it.  5 of Peter Falk’s favourites are in the book plus many other fab recipes.  Anthony’s is a goodie.  You don’t have to have a chicken brick, but it helps!

COLUMBO GOES TO THE GUILLOTINE – 1989 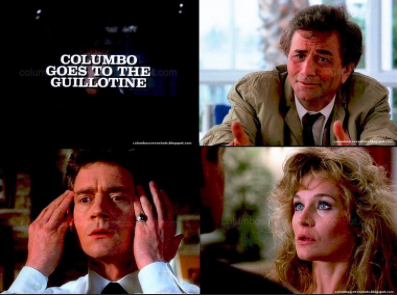 The 1970s Columbo episodes are generally viewed as the classic era, but I firmly believe that there is much fun to be had from later episodes too. This is the first of the 1980s episodes to be screened, and I think it holds up very well. Just imagine how wonderful it would have been in 1989, to see the Lieutenant again after an eleven and a half year break! The production team must have had this in mind when filming the scene where we first see our old hero. He’s on a dark and moody street; sitting in his car with the lights off. His familiar face is revealed as he lights his cigar; 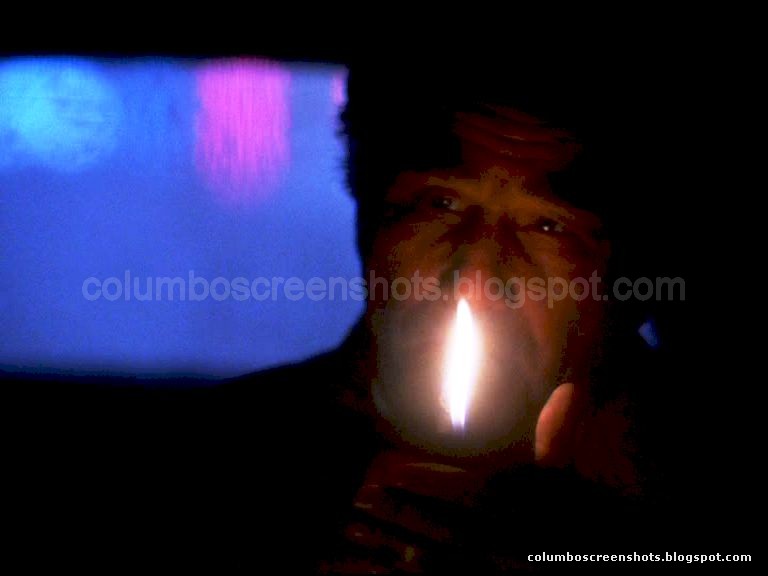 to the accompaniment of a cheeky, jaunty soundtrack. He’s back! It’s been a long time, but we are reassured that it’s the same old Columbo when he cracks a hard-boiled egg on the wall of the murder scene. 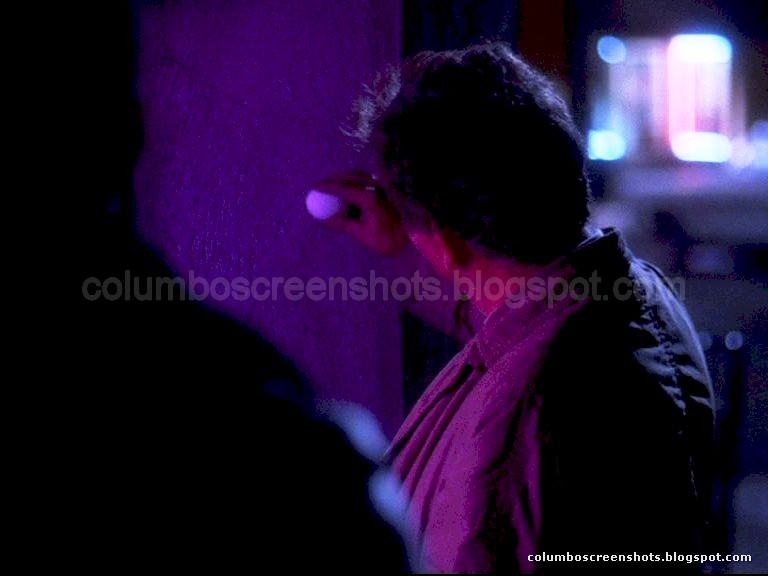 The plot of this episode involves a bunch of psychics and a magician (who makes it his mission to expose the mind-readers as charlatans). Those familiar with the work of James Randi, whose book entitled, The Truth About Uri Geller was published in 1982, will be able to see where some of the ideas in this episode came from. 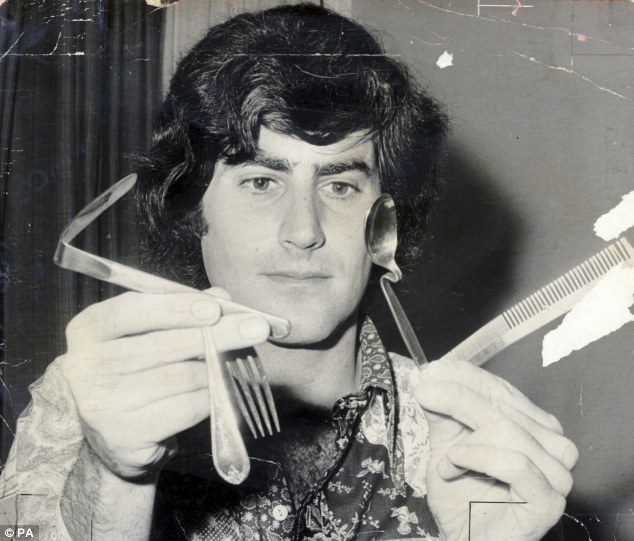 Although Columbo, as usual, plays along with the killer who’s a renowned mind reader; it’s clear that the Lieutenant doesn’t use psychic powers to solve his crimes. He’s much more logical. When the Anthony Andrews’ character, Elliot Blake, claims to be able to feel vibrations of suicide at the magician’s place of death; Columbo is firm in his belief that it cannot be suicide. Why? Because he has found a grocery bag at the scene of the crime containing cabbage and corned beef. As he puts it, “Why would a man go to the market and buy himself a three-pound corned beef and pick out two head of cabbage, and then go home and cut off his own head?” He’s got a point; I can see the logic in that, can’t you? 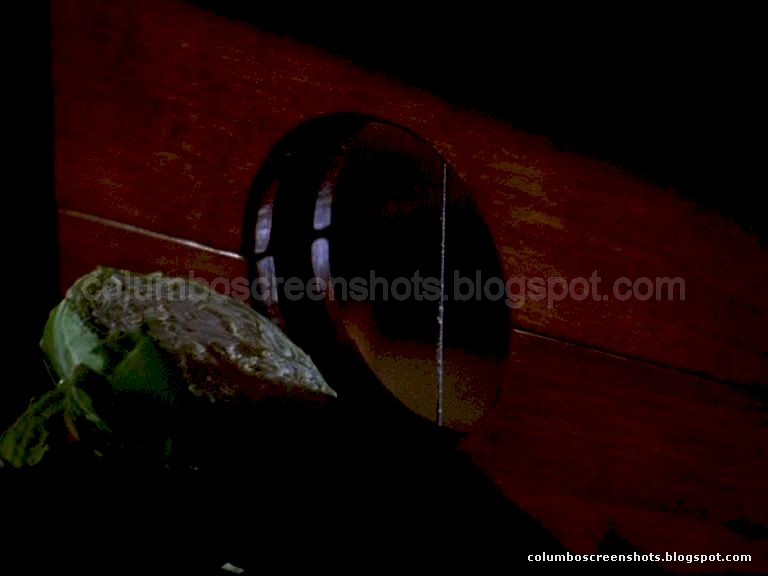 I’m sure it would tickle your guests if you served corned beef and cabbage after a screening of this episode. If that’s not to your taste though, here’s a recipe from Anthony Andrews for Chicken in a Brick. A brick is a covered, terracotta cooking pot that was hugely popular in Britain and the USA in the 1970s. If you can’t procure one of these, Anthony says you can cook your chicken in a large casserole dish instead (but you would need to pre-heat your oven and adjust timings accordingly). 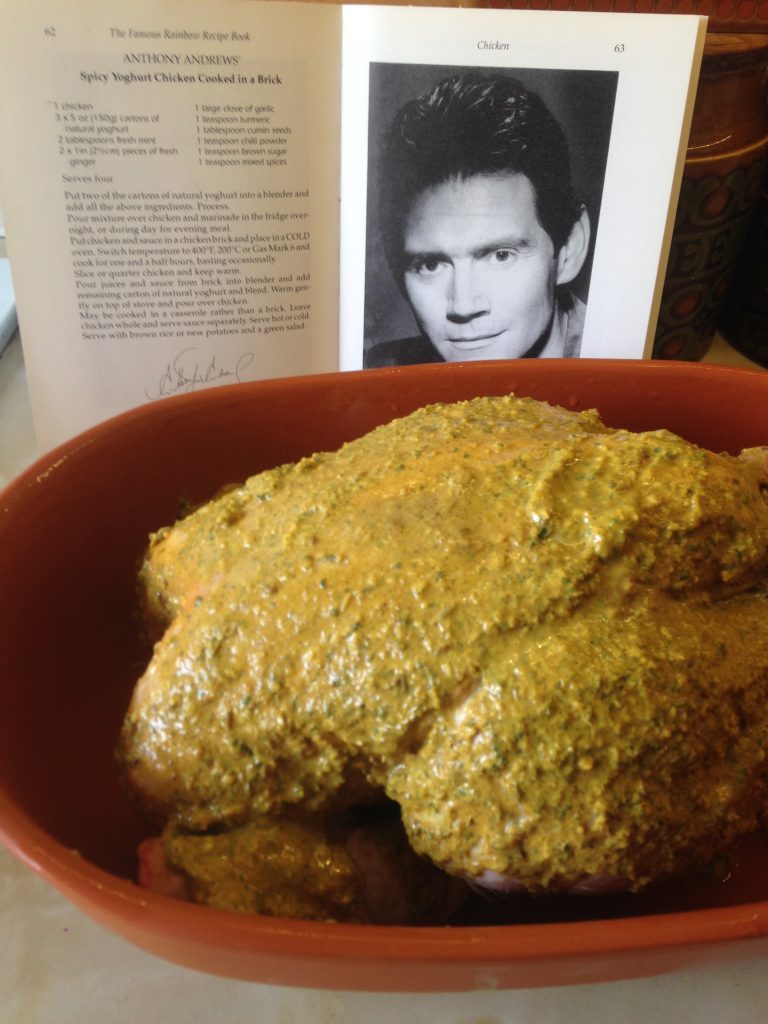 Put just over 1 cup / 230g of the natural yogurt into a blender and add all of the ingredients that follow. Process.

Pour mixture over chicken and marinade in the fridge overnight (or during the day for an evening meal).

Put chicken and sauce in a chicken brick, pre-soaked in water, and place in a COLD oven. Switch temperature to 400 degrees F / 205 degrees C / gas mark 6 and cook for one and a half hours, basting occasionally.

Slice or quarter chicken and keep warm. Pour juices and sauce from brick into a blender; add remaining yogurt and blend. Warm gently on top of the stove and pour over chicken.

Anthony suggests serving with brown rice or new potatoes and a green salad.

Just one more thing… Make sure your chicken isn’t too big to fit in your chicken brick! Author of fabulous cookbook Tonight at 7.30, Kristen Frederickson attempted this recipe for the first time (like me, investing in a chicken brick just to try this dish), she couldn’t fit her chicken in! So, trooper that she is, she carried her chicken brick to the butchers to make sure the second chicken she bought would definitely fit. Such dedication from a strong-armed test cook! Feedback from Kristen, who used sour cream in place of yogurt was this, “The sauce was INCREDIBLY delicious, perfection, and I would say that you could skip the step of passing the cooked sauce and the reserved sour cream through the blender again.  It just didn’t seem necessary and I had already washed my blender!  The sauce as it came from the cooking dish was perfectly smooth and I just whisked it together with the reserved sour cream in a little saucepan to heat.  Perfect.” Glad you enjoyed it Kristen, worth buying a chicken brick for, I think.