“I’m a tough old broad from Brooklyn.
I intend to go on acting until I’m ninety
and they won’t need to paste my face with make-up.”

Well, Barbara didn’t make it to ninety, but she was acting almost to the end of her life in 1990, appearing in Dynasty and its spin off The Colbys. We got it slightly wrong in discussion around the dinner table, we thought it was Dallas – Ginger told us that she wasn’t allowed to watch the mighty Dallas as in her house it was considered “too racy.” I was allowed though and loved “the poison dwarf”. Her hair was almost as long as her body.There has been rather a lull in the cooking of the suppers. This is partly to do with much writing going on – working on the book proposal for Frankfurt and working on the cruise lectures. But also due to the sudden appearance of a new man in my life. Too much to tell, but suffice to say that this one is a keeper.

Barbara’s lamb was very good – but not, in my opinion as good as Errol’s. The soaking of the leg in a pint of red wine and a pint of white wine got full approval of the household. I think Barbara probably liked a drink or two. As the wine was glugging out of the bottles and on to the lamb Ginger was heard to exclaim, “Go Babs!” 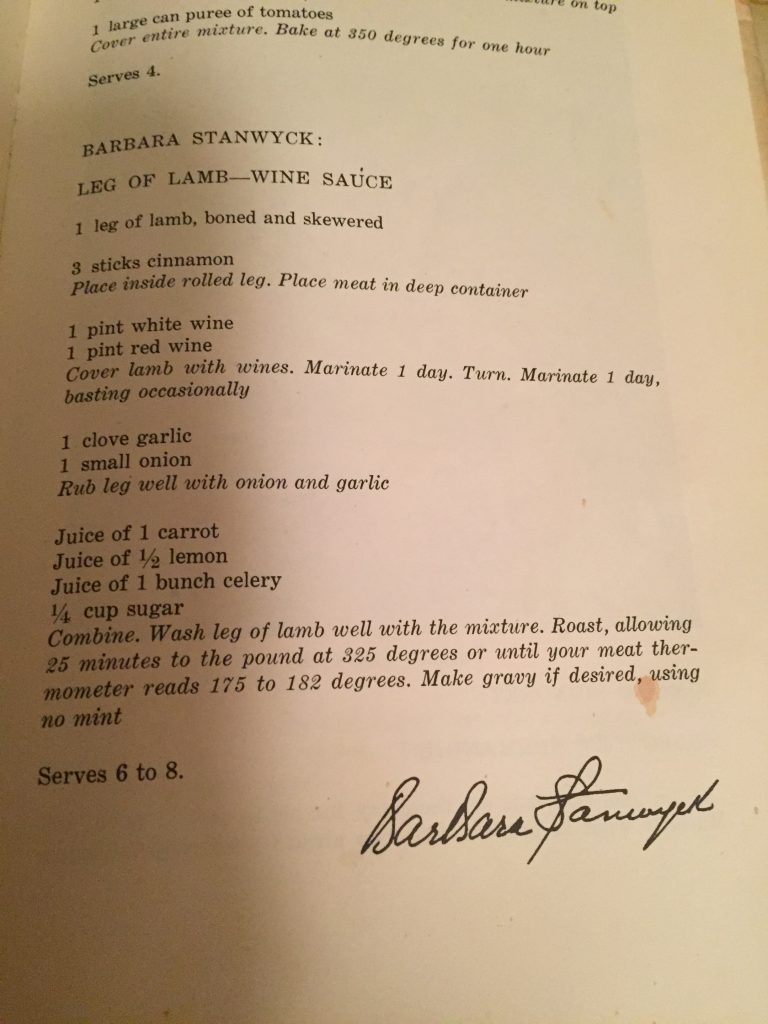