I am a Hammerton (it’s my surname) and I love beer. Can you imagine how happy I was last Wednesday to be at the soft launch of the HAMMERTON BREWERY?!  My genius nephew Lee has resurrected a Hammerton business dormant since the late 1950s, and his first brews were let loose on the world this week. 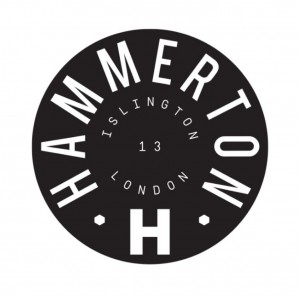 The Hammerton Brewery began brewing in London in 1868 and it was the first brewery in the world to manufacture Oyster Stout.  One of Lee’s first beers draws on this tradition, and is brewed using Maldon Oysters (we Hammertons are very proud of our Essex roots you know).  It is utterly delicious.  Here it is on the left… 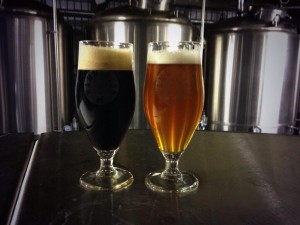 The other beer that was ready for the launch was a delicious Pale Ale – on the right above.  The Hammerton brewery is based in Islington and so the pale ale is called N7 (the Islington postcode) and the Oyster Stout is called Pentonville (home of the legendary Islington prison). 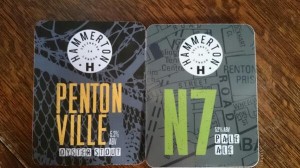 Don’t you just love this concept?  I’m going on a tour of the brewery soon and you’d better believe I am going to find out more about what is going on here with the oysters… 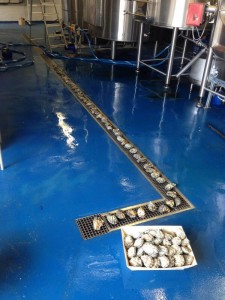 Lager is coming soon apparently.  Can you imagine how many times I will be making the following gag every single time I am in a pub that serves my nephew’s beer? 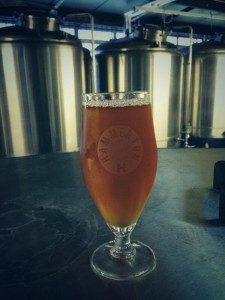 THAT BEER HAS MY NAME ON IT! 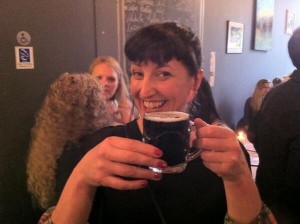 THAT BEER HAS MY NAME ON IT TOO!

Quite a few pubs in the Islington area are already stocking Pentonville and N7 – the staff at The Snooty Fox obviously know their onions: 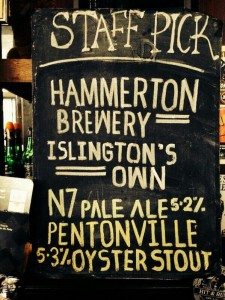 I am the proudest auntie in all the land!  Of course, I’m hatching all kinds of ideas about cooking things using Hammerton beer.   First of which might be Henry Winkler’s Steak in Beer – heyyyyyyyyy! 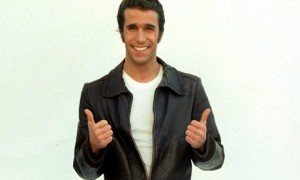 So for all of you who are based in London, keep your eyes peeled for Hammerton beer.  You can “like” the brewery’s facebook page and twitter thingamies to keep up to date with what is going on.  I will probably be banging on about it here on the blog whenever I have the opportunity too, because I am BURSTING WITH PRIDE about it all and plan to buy crates and crates of it when the bottled versions are ready.  Here I am with five other Hammertons at the launch including Lee – seriously merry with the excitement of it all… 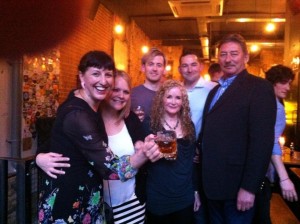 But what, you say, does all of this have to do with Benny Hill?

Mostly known for his television shows of course, Benny was also in several cinema releases, the most well known of which is probably The Italian Job, so I hope you will indulge me in including Benny amongst the greatest stars the cinema has ever seen here at Silver Screen Suppers.  I admit, I only made his salad so that I could blog about Hammerton beer! 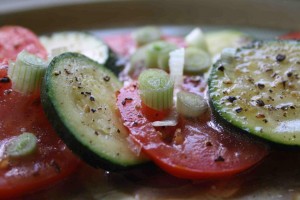 His salad is not much of a recipe, but maybe Benny wasn’t much of a cook.  It’s basically sliced tomato, sliced boiled courgette, salt, pepper, spring onions and French dressing.   It was tasty though, and served with some Hammerton Stout it would of course, be divine!  I am sure that Benny would be pleased about the ressurection of his favourite tipple! 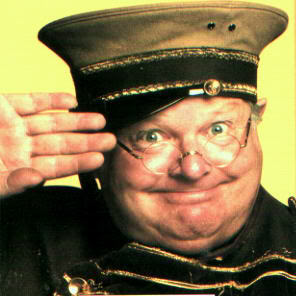