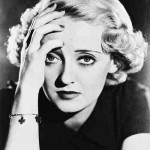 A gloriously silly evening at Paulette and Ivor’s house last night which involved Angus acting as sous-chef for the Brown Bette.  It turned out surpisingly yummy, especially considering that I was so drunk by the time I got around to making it I kept having to weigh everything two or three times.

Much hilarity was had over whether Bette should be pronounced “Bet” or “Betty” (answers in comments below if you please) and there was much loud singing of “Bette Davis Eyes” complete with misremembered lyrics.  At one point I distinctly remember Clive yelling, “Well of course she can make a crow blush!  She’s got Bette Davis eyes…”

But he soon got into the swing of things, insisting on calling our pudding a Black Betty and chanting a few resounding choruses of the song of the same name and pounding on the table – Woah Black Betty BAM A LAM!   Later as he was sampling the pud he announced, “It provides a bit of traction on your teeth”, which I can only presume was a compliment as he ate a whole bowlful and said he’d have some more of it for his breakfast.