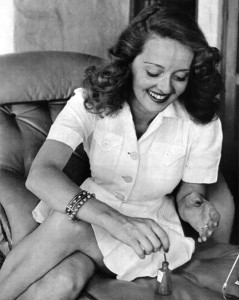 “Everybody has a heart. Except some people.”

I spent most of the weekend crying and making marmalade. It wasn’t the making of the marmalade that made me cry, it was, as usual a boy. A big cloud of woe hung over me whilst I stirred Bette’s marmalade for about four hours and my melancholy mood spoiled the time I had with my parents which upset me more than anything.

When I got home I had a crying jag of Routemaster proportions and thanked the Lord for Grace and Ginger who got me through it just before guests arrived for dinner. I scrubbed up a bit and when I arrived all wobbly in the dining room the charming Stockabilly announced with a big smile, “You look very glamorous”. I said, “I’m wearing lots of make-up because I’ve been crying over a boy”, and gentleman that he is, he immediately opened up his big strong arms and gave me a huge bear hug. I’m a lucky, lucky girl to have such lovely friends who care about me.

My last blog entry about being well and truly single must have sent some kind of ripple out into the ether because a cage rattler sent me a disconcerting text involving the L word. The magic of the mixed message precipitated what my Alexander Technique teacher would call an “emotional gust” which blew me off kilter. However, changing the habit of a lifetime, this morning I called a halt to the nonsense that’s been going on instead of just putting up with it. I would rather be a spinster for the rest of my life than feel like this on a regular basis.