Yesterday, after lovely separate family Christmases, Mr R and I had our own festive dinner, with a mallard from Pipers Farm. 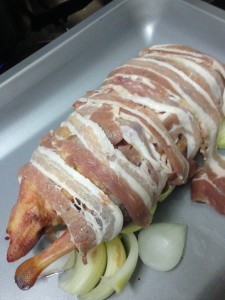 My motto for 2016 will be: “use it up and wear it out”, so in that spirit, I used some of my “Bette-Davis-marmalade-mountain” in the gravy.  It was utterly DIVINE. 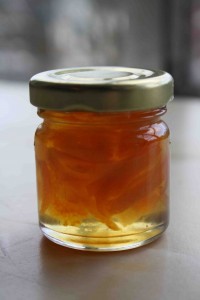 I’m recording the recipe for the gravy here, because it was sooooo good, I’m ALWAYS going to make this for mallard or duckie wuckies…  The full recipe for roast mallard with port and marmalade sauce is here, but as there were only two of us, I only made a third of the gravy for one mallard, so here’s what I used:

“Scrape the roasting tin juices into a frying pan and add the orange juice, stock, port, marmalade and a good squeeze of ketchup, and boil to reduce until fairly thick. Add the cornflour, mixed with a little water, to thicken the sauce, if you prefer.”  Thanks to Kate Moseley for the recipe.

Look at this ENORMOUS plate of food!  Ooh, the brussels with bacon were good too.  That recipe I got here.. so thanks Rachael Ray too… 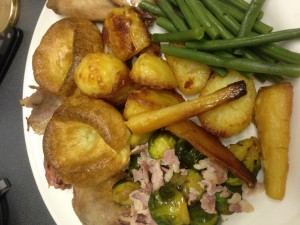 It was most fitting that in the afternoon we watched All About Eve, because as well as the Bette Davis marmalade in the gravy, we had Marilyn Monroe’s stuffing on the side.  I’d totally forgotten that Marilyn was in All About Eve with Bette.  I love that movie. 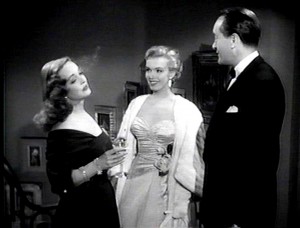 After dinner we played 20 questions and I was very impressed with Mr R when he was guessing who I was.

Mr R (question 17): Have you got excellent sideburns? 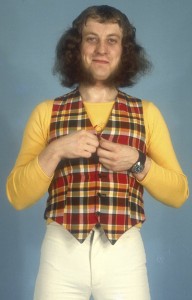 So, especially for my American readers (Yinzerella in particular), who may not know the splendour that is SLADE.  Here’s a gem that I’m sure will get your feet stomping!

If you would like the Bette Davis marmalade recipe, drop me a line via the contact page – I would love to know if you can get it to set…

Hope you all got lovely presents for Christmas, I sure did! 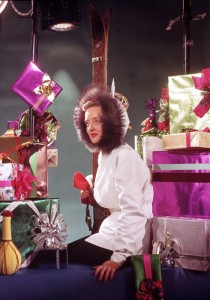