Does that sound appealing to you?  Me neither!  I’ve been looking sideways at this recipe for many years thinking about attempting it and then running away.  Luckily for me, I was invited to participate in the Knoxapocalypse II challenge along with 6 other brave souls.  We each sent in a gelatin based recipe and these were dished out between us.  The Bette Davis’ Mustard Gelatin Ring was assigned to Erica at www.retrorecipe.wordpress.com and I can’t wait to see what she made of it…  Mine came to me from the awesome Yinzerella at Dinner Is Served and went by the quite frankly terrifying title of Turkey in Aspic. Here are the ingredients.  I made a version for one, because I couldn’t think of anyone to share this with… 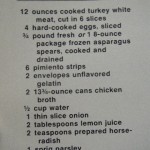 As Julie Powell played by Amy Adams put it in Julie & Julia – “We are, I am sorry to say, entering aspics.” Here are the directions: 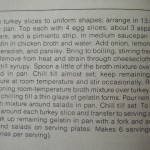 I have never made anything involving aspic, I have never even eaten anything involving aspic, unless you count the little jelly bits in pork pies – I would usually leave these on the plate if it wouldn’t appear too rude to my host or hostess.  So it’s a bit of an understatement to say that the idea of turkey in aspic did not fill me with great joy.

I took the whole day off work to attempt this as I had a feeling it was going to take me some time to get this challenge done.  I followed the recipe more or less to the letter.  I was utterly amazed when my aspic actually DID get syrupy and was even more amazed when I managed to make a pretty good representation of the dish in the photo. 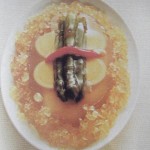 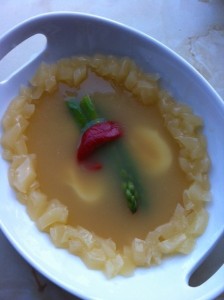 I am quite proud of myself!

I have to say that my fear of the aspic was qualmed (is that a word?) by a quick Julia Child check.  As always, it’s like having a slightly stern but very encouraging Home Economics teacher at your elbow in the kitchen when Julia is around.  She said the following: “Allow yourself plenty of time and cracked ice, for the jelly must be given full opportunity to set, it cannot be hurried”.  However, due to the presence of the lovely Mr Rathbone and other things around the place needing to be done, I didn’t actually get started on the recipe until 5pm.  I’d had a few beers by this point so approached it with a little bit of trepidation.  No matter, Julia was by my side and as she put it, “Successive coats of jelly may be spooned over the dish whenever you have time, and the process may go on in spurts all one day and on into the next.”  So I was more than prepared for this to spill over into Saturday, and maybe even Sunday. 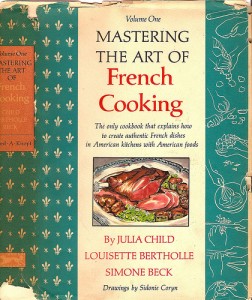 I needn’t have worried.  In between making ice cold martinis, drinking more beer and wine, making an Indian feast from scratch with Mr R and generally mucking around in the kitchen, the Turkey in Aspic was created in a couple of hours.  Here is my Turkey in Aspic in repose so you can see how shiny it was… 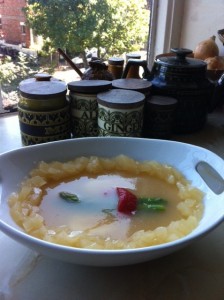 I decided to follow Julia’s tips for “Decorative Elements” as she pointed out that “When you spoon jelly over foods arranged on a dish, you will usually need to fill up empty spaces or cover dribbles of jelly that have run off the edges of the food” her first suggestion was the more or less random chopping up of jelly but I also liked the idea she proposed for “Jelly Cutouts” cutting the jelly into squares, triangles or diamonds so this is what I attempted for the edging.  Here is my small “brave taste” helping plated up, appetizing eh? 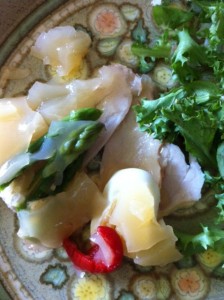 And how did it taste?  I said this to Mr R: “I might like it, it’s got horseradish in it…” His response was: “that’s like saying ‘see that big bucket of slops, I might like it, it’s got a tomato in it’…” and I knew what he meant. He had gone to work by the time I attempted to eat it, so there was nobody here to hear my blurted outburst, but I think the generally accepted spelling of what I said would have been “Ack”.  I had one mouthful, had an instant body horror reaction, scraped it into the bin and used some kitchen paper to wipe every trace of it off my plate.  Luckily I had a scotch egg in reserve to take its place. 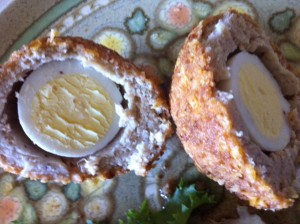 The Turkey in Aspic recipe was from the Better Homes and Gardens All-Time Favourite Salad Recipes book.  I’m not sure whether to be pleased or disappointed that Yinzerella didn’t send the recipe for whatever the hell the Jello based dish top right is.  Are those FRANKFURTERS?  I do like the look of the ice bowl on the left though.  That’s gonna make a mess when it melts though. 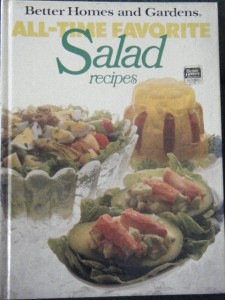 It was so much fun be part of this challenge.  It’s a liberating thing to just make something for the hell of it, not really intending to eat it, or serve it to anyone else, I approached it as a piece of performance art in a way.  But the best bit about it is that later today I’ll be able to sit down and read all the blog posts from my fellow gelatin-heads across the Atlantic to see how they all got on.  Here are the links if you want to go on a little blog tour.  I recommend it!  I’ll paste all the links as they come in through the day… 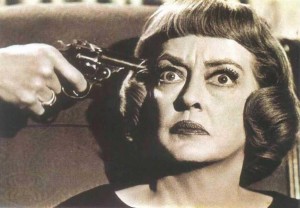