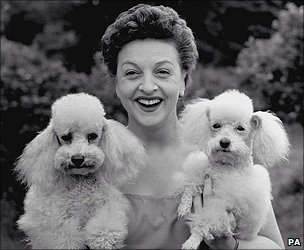 Those of you of a certain age will no doubt already be reminiscing about the good old days of Coronation Street when Betty Williams (played by Betty Driver) worked behind the bar of the Rover’s Return.  Her hotpot was always on the menu and Betty became known as “the hotpot Queen”. 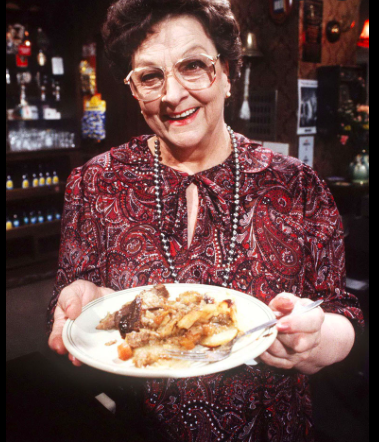 For those not from these shores, here’s a snippet of the Wikipedia entry for this classic comfort food, “Lancashire hotpot is a stew originating from Lancashire in the North West of England. It consists of lamb or mutton and onion, topped with sliced potatoes (or a more traditional topping of pastry or puff pastry) and baked in a heavy pot on a low heat.”

The name of this dish was originally Hotch Potch – I love that! 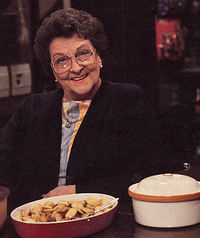 I am sure that Betty Driver was often asked if she had her own hot pot recipe. 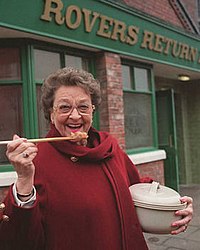 I have it in two celebrity cookbooks and there are versions scattered around the internet such as this one.  The Co-op once stocked a beefy version as a ready-meal, 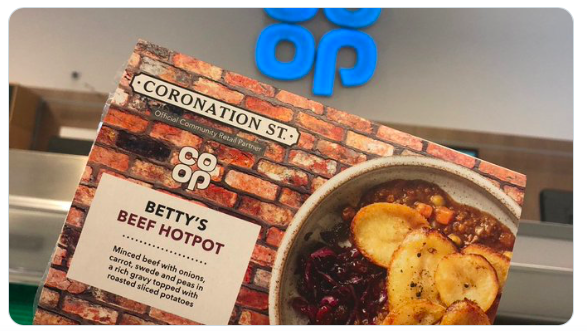 and there was even a game… 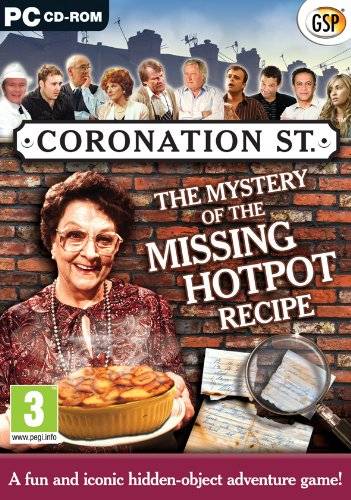 This version of Betty’s hotpot is sooooooo good and was plucked from the recipe pile to be part of the Heinz 57 challenge, as the recipe is from the Heinz “Celebrating the Best of British” cookbook. 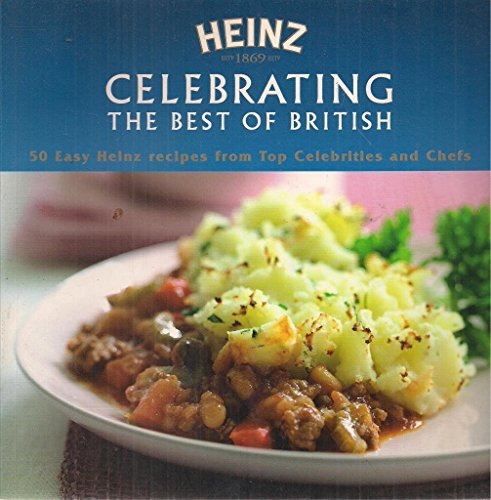 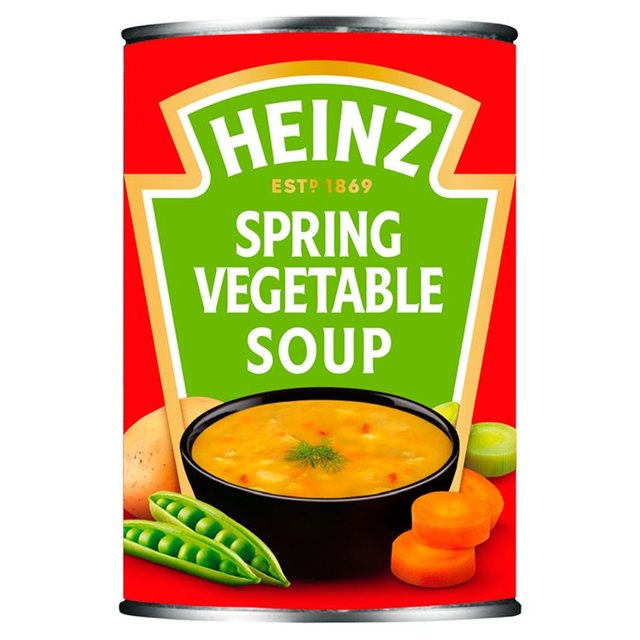 This is a really simple way of making a really fantastic hot pot – no need to brown the lamb, and no mucking around with kidneys as you have to do for the Gracie Fields’ version. 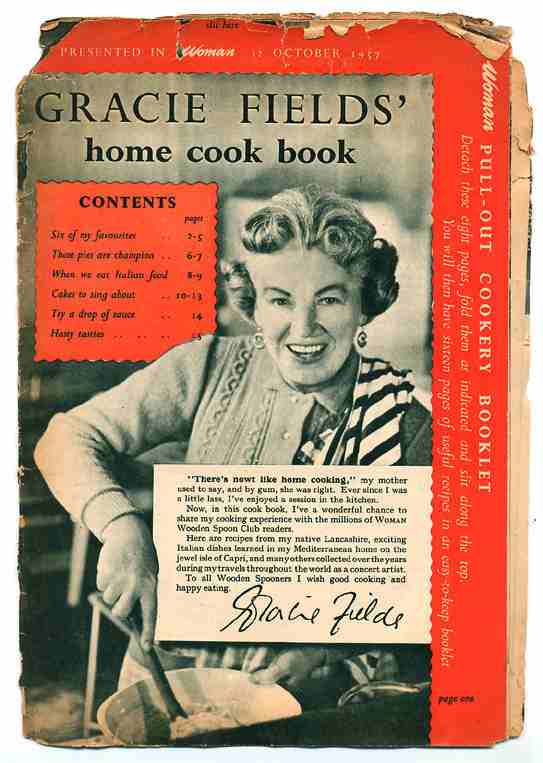 I do want to make Gracie’s again, for comparison, but Betty’s recipe was absolutely CHAMPION and therefore it just had to be my recipe of the month. 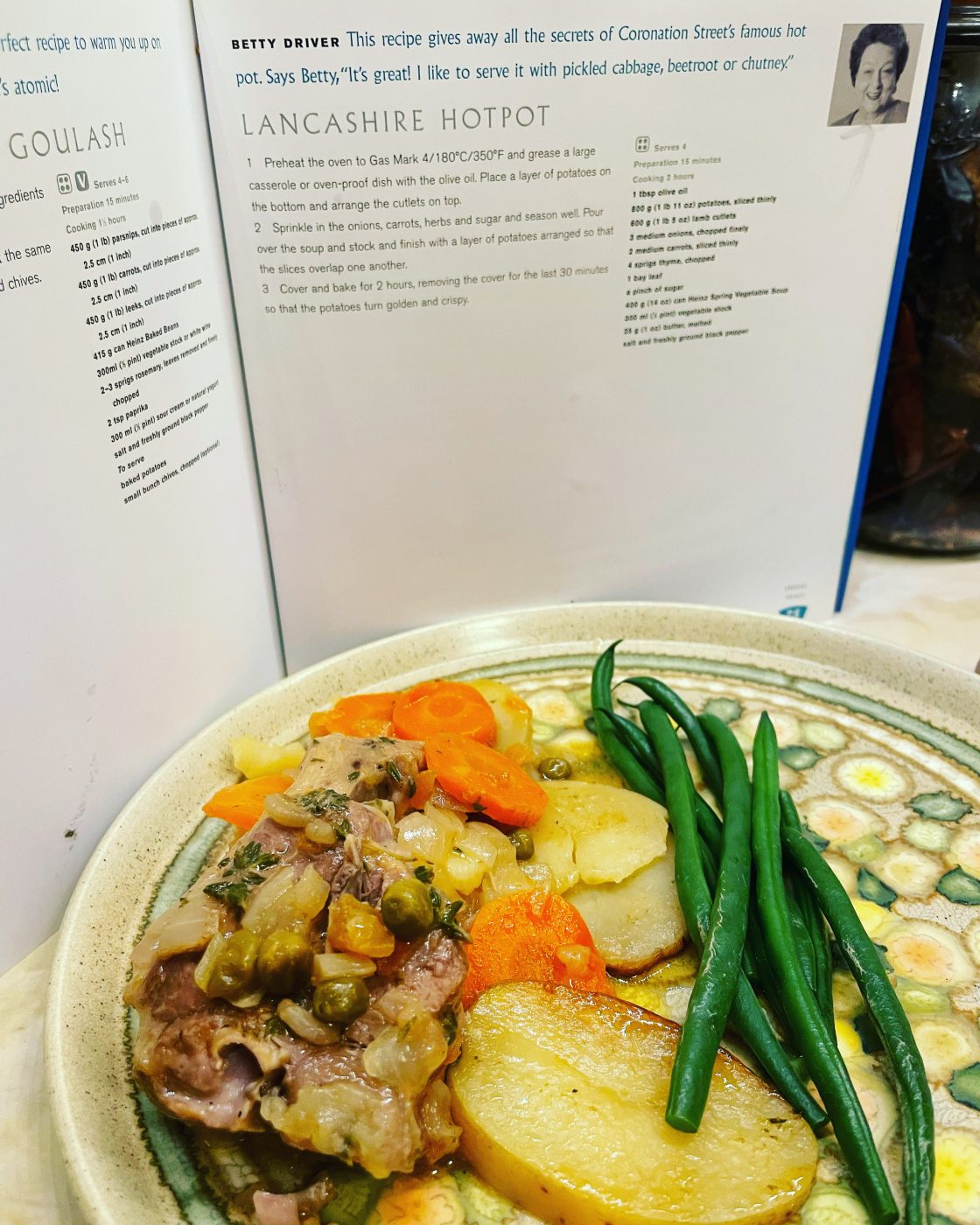 According to the Manchester Evening News, in real life Betty was no great shakes in the kitchen.  They wrote, “Coronation Street star Betty Driver has served up hotpots in the Rovers Return for over 40 years. But the Manchester-raised hotpot queen, who plays barmaid Betty Williams, has revealed she’s not so hot in her real life kitchen.” 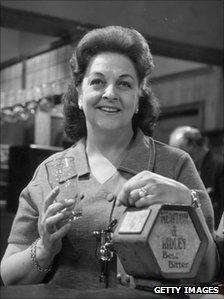 Well obviously the Heinz development chefs had a hand in putting this recipe together because it is, IMHO, perfect! 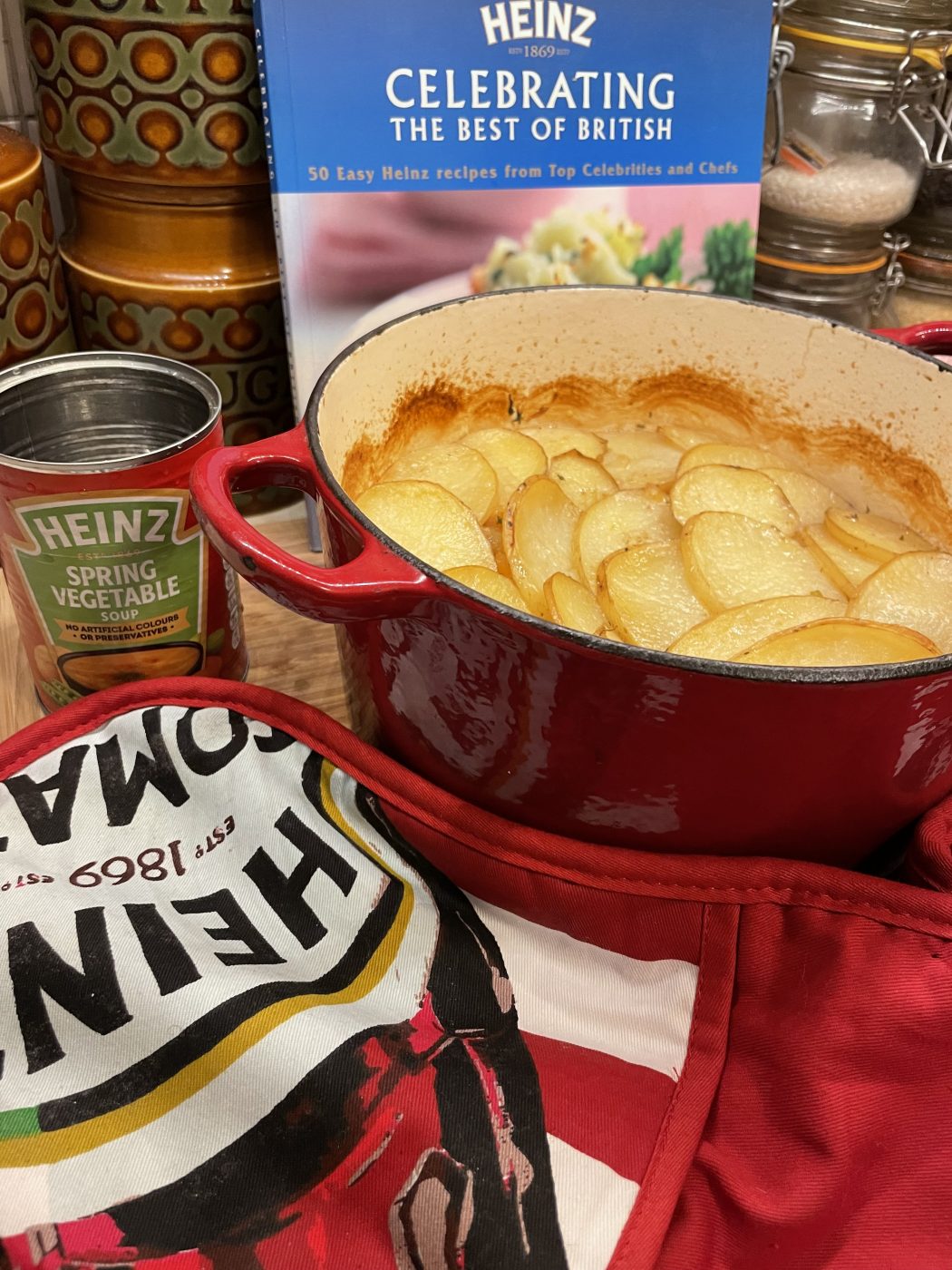 I think one of the reasons this dish was so good was that I bought posh lamb, 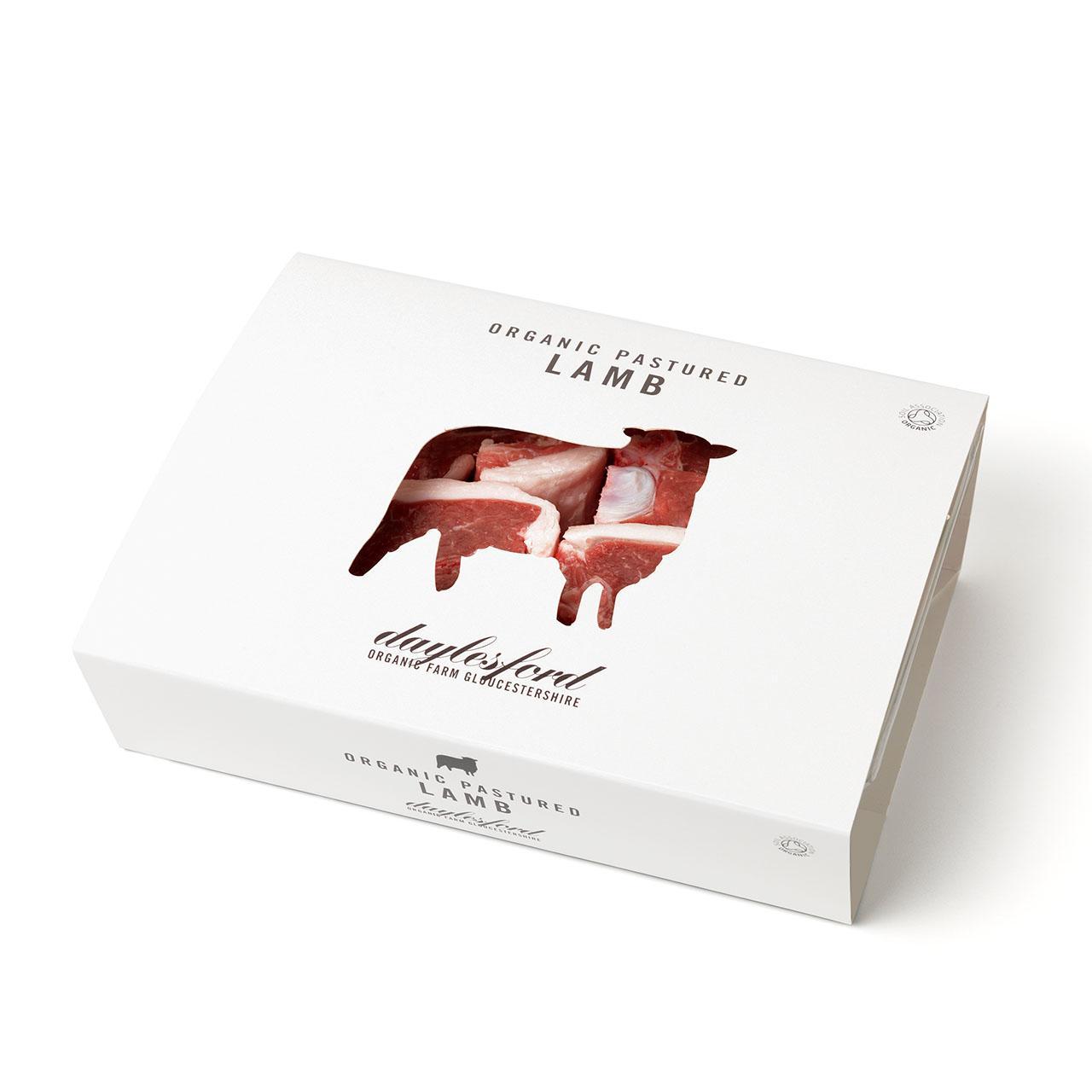 and I think it is definitely worth pushing the boat out for this recipe.  You don’t need to trim off the fat, it all adds to the UNCTUOUSNESS of the dish. 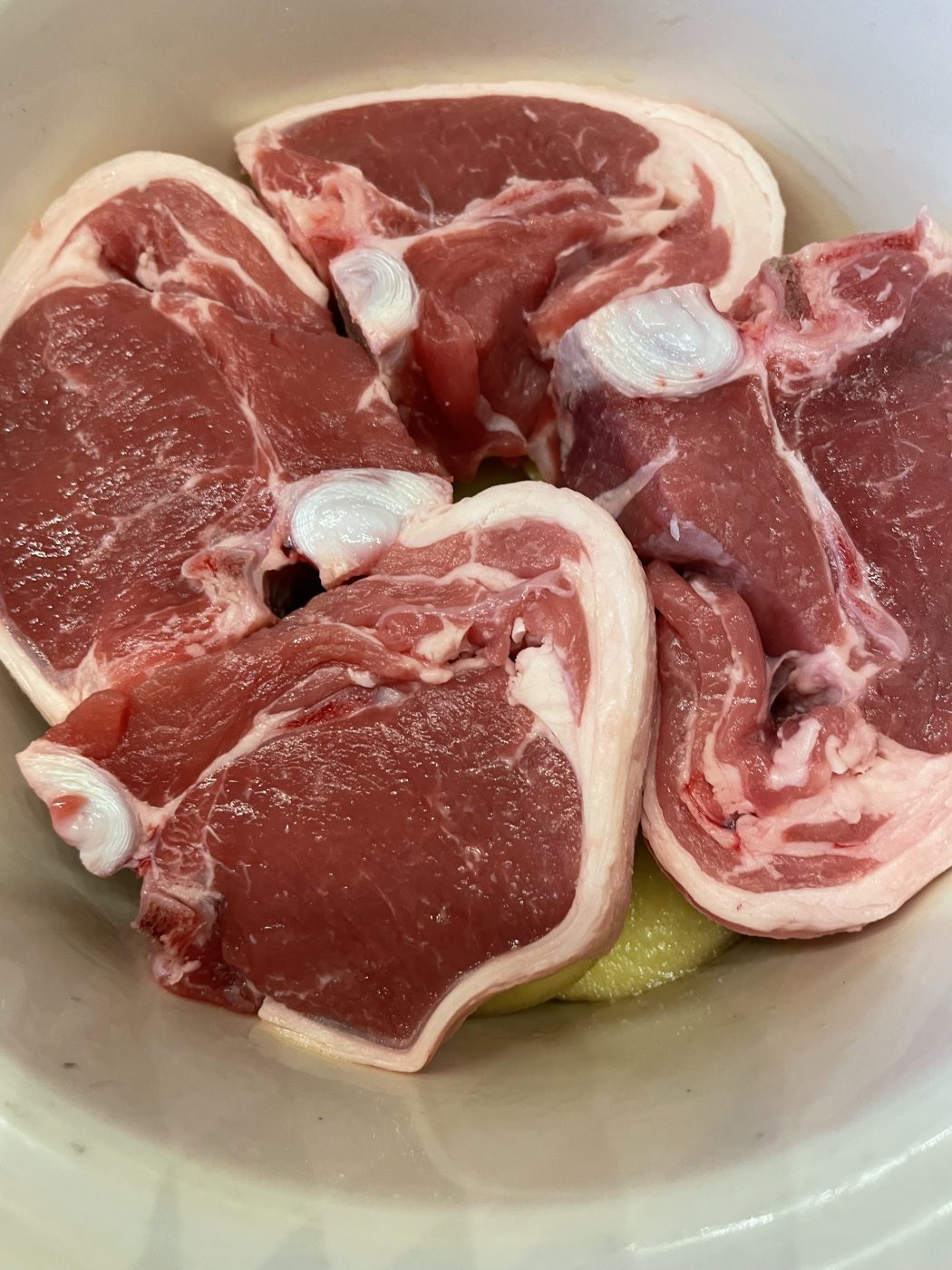 The only variation I made was to dot the butter over the top of the potatoes rather than melting it and pouring it over.  I don’t have a microwave and couldn’t be bothered with the faff of melting some in a saucepan.  This saved on washing-up and worked perfectly. 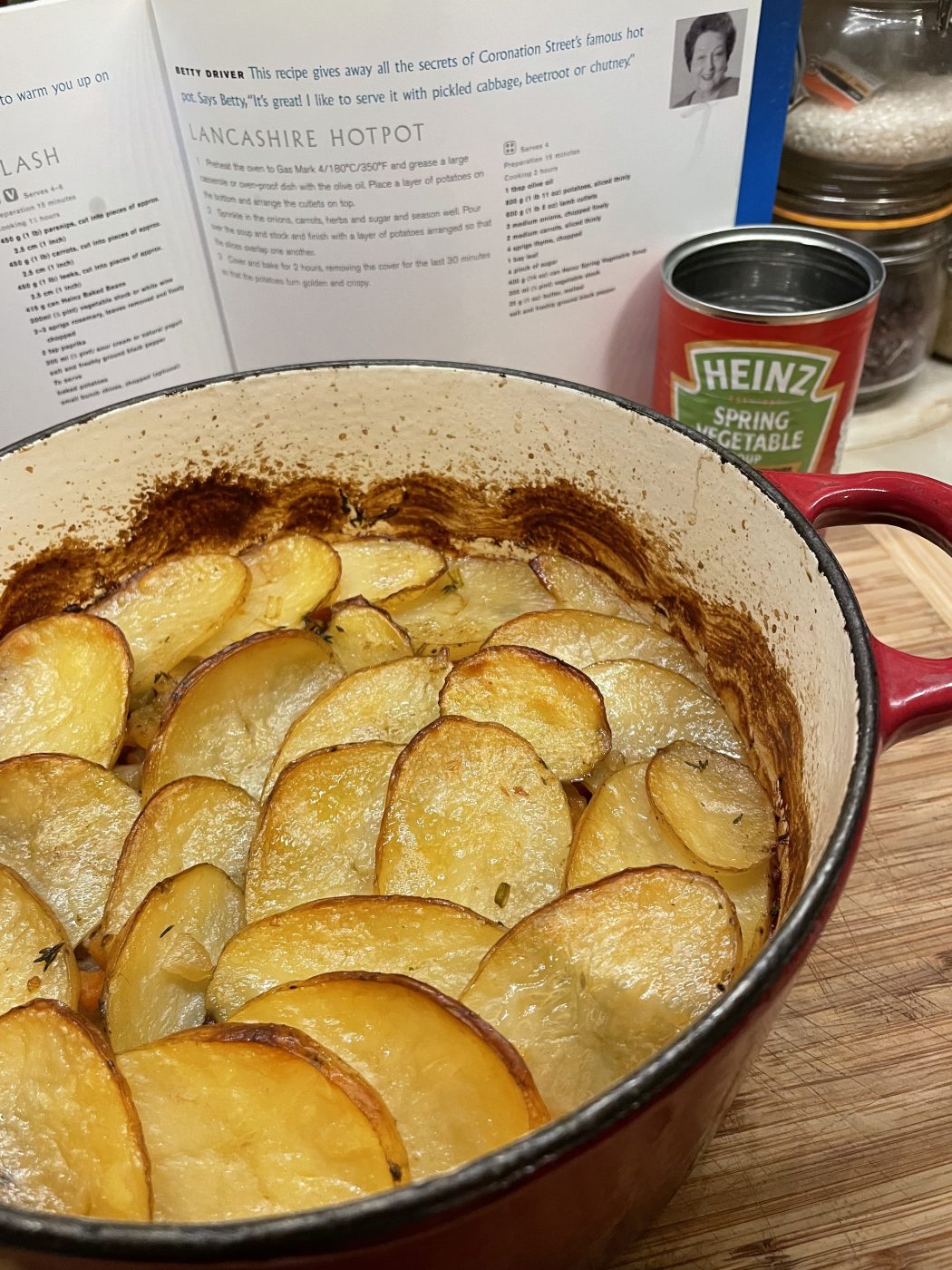 The amount of thyme in the recipe is vague so here’s a photo to give you an idea of how much I used. 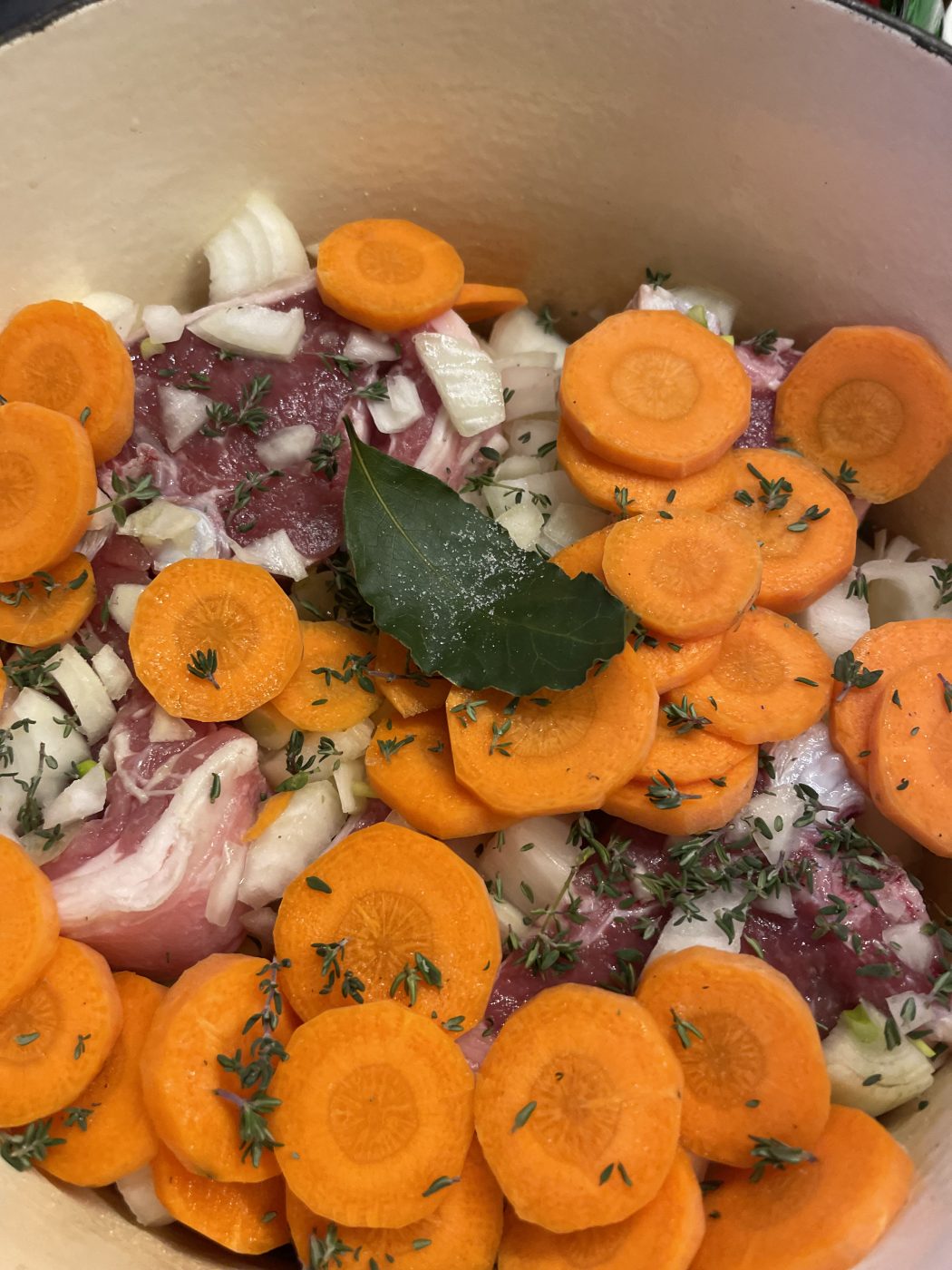 I also see from my notes that I used 10 grinds of salt and 10 grinds of pepper.  After many years of cooking I am still not very good at judging how much salt to put in dishes, but for us, this hotpot was perfectly seasoned.  No doubt the soup helps.

I am putting a Lancashire hot pot tea towel on my Christmas list. 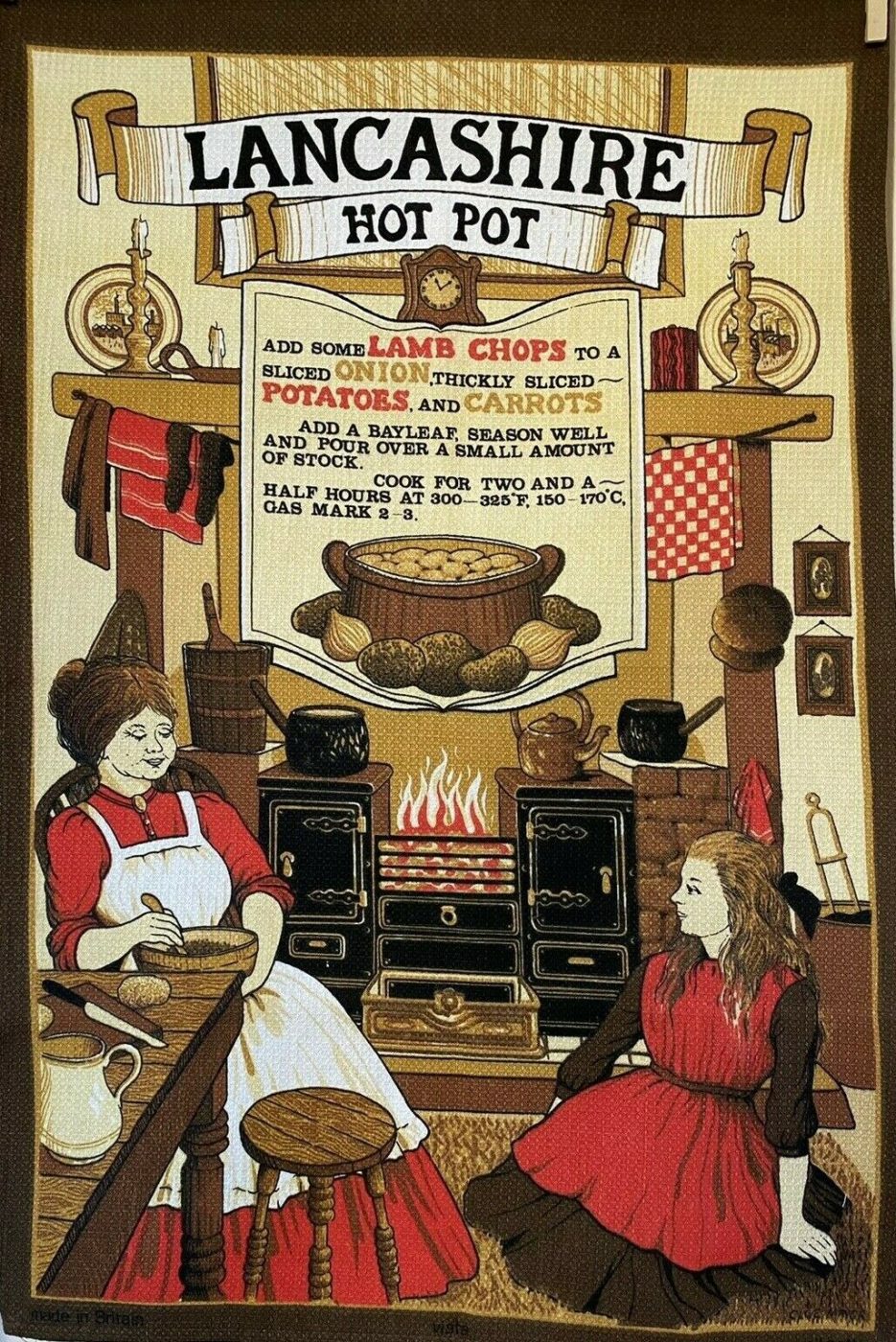 Oooh, it’s 5am as I am writing this and so wish I could have a big portion of this for breakfast!  I cannot recommend this recipe highly enough and won’t be surprised to see it turning up in my Top 100 Movie Star Recipes countdown at some point! 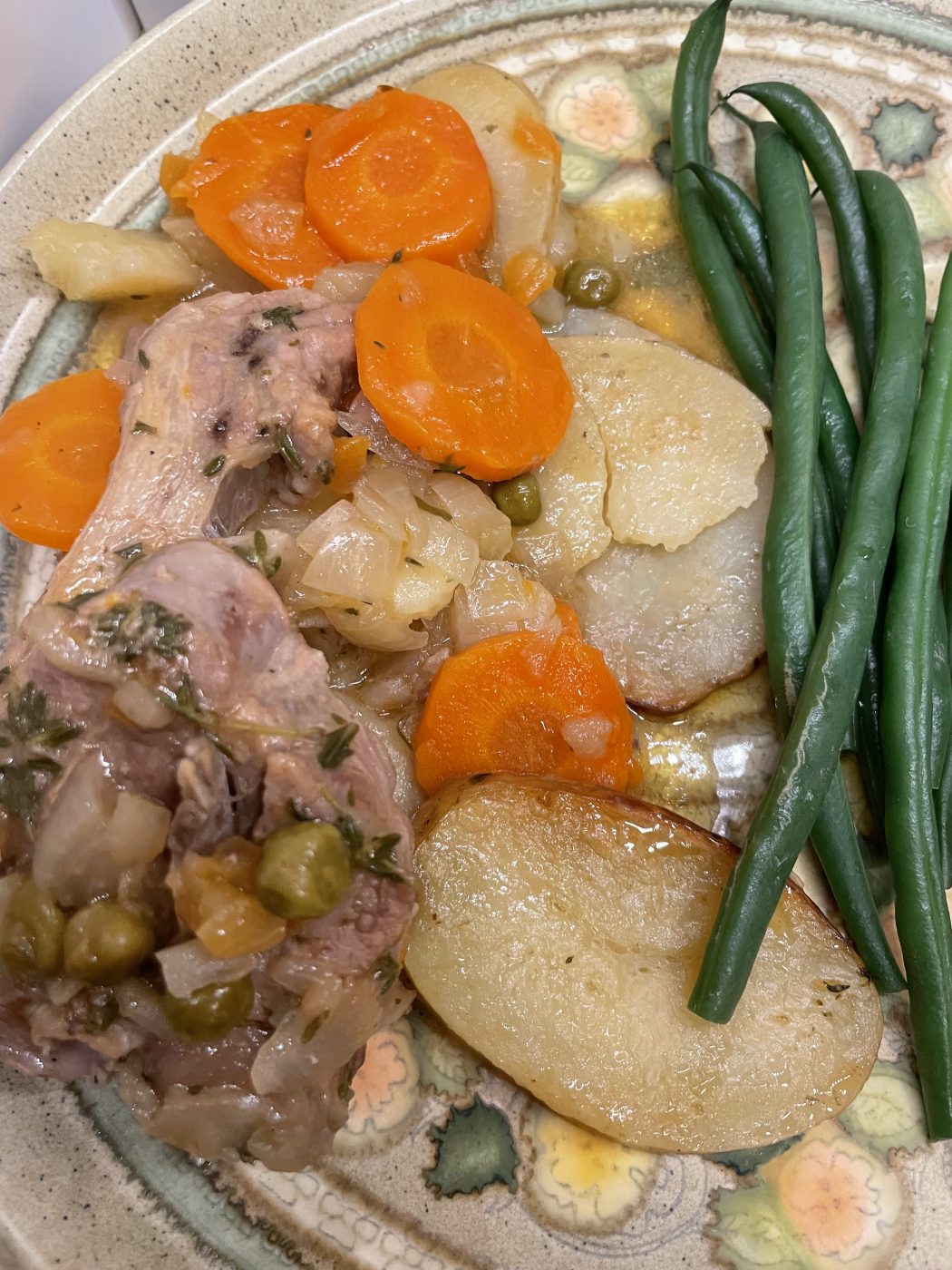 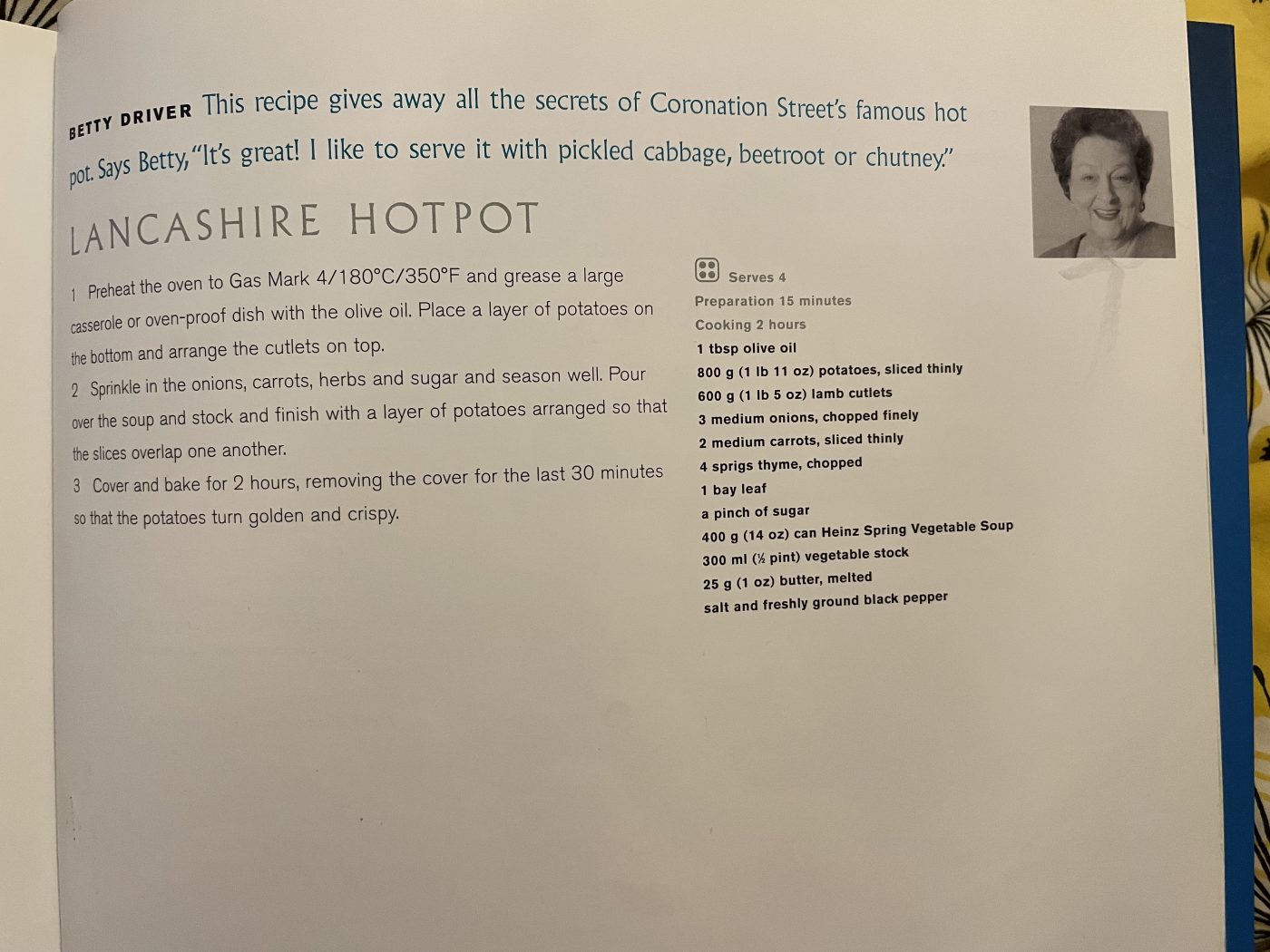 and here’s the version I have in another cookbook for comparison. 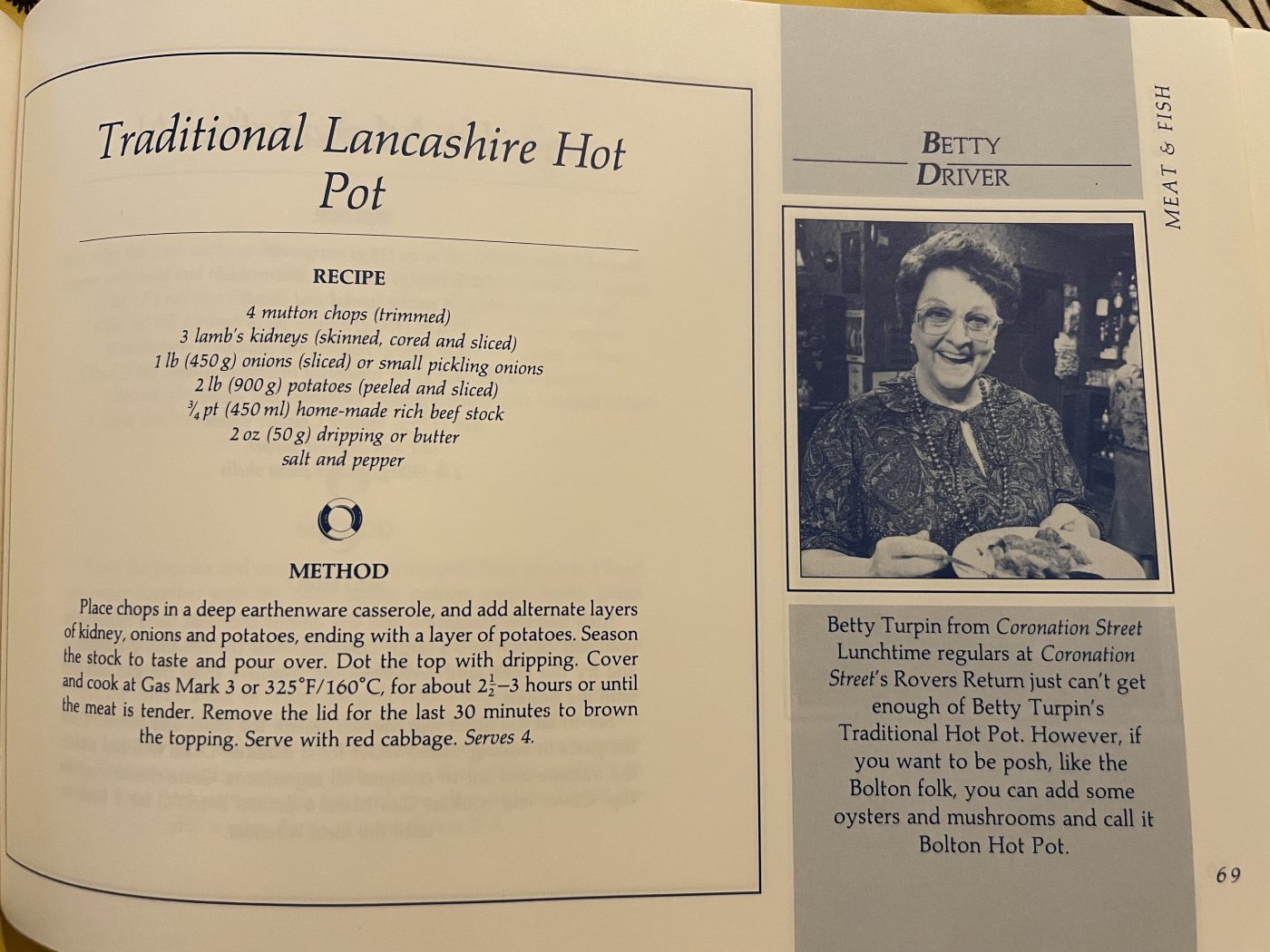 Thanks, Betty and CHEERS! 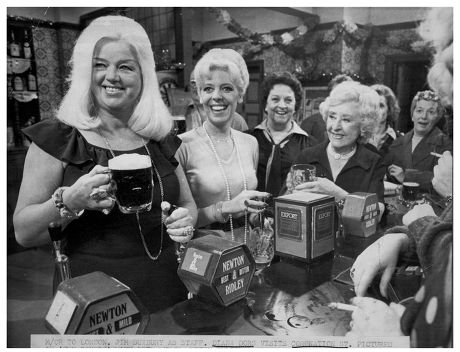