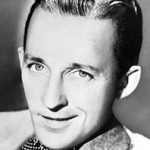 When I saw that this month’s Daring Cooks Challenge was Ceviche I was a bit daunted but I had a go anyhow.   As Mae West said, “I’ll try anything once, twice if I like it, three times to make sure.”  Luckily Bing provided a recipe and I rustled it up last night.

Hmm.  All very strange.  I bought River Cobbler because I liked the name and it was cheap.  I chopped it into small chunks and marinaded it in lime juice for an hour and a half.  Then I made Bing’s seafood sauce to mix it all up with.  A weird concoction of olives, tomatoes, salsa piquante and MEXICAN ketchup.  Now then, this is one of those ingredients that causes me to hunt high and low.  I was amused to see that Mexican ketchup has its own Facebook page, but I couldn’t find any on the supermarket shelves of London.  So I made do with a ketchup that had a bit of chili in – much milder than what I’d get in AUSTIN I am sure.

I ate two tiny chunks of the Cevice and could eat no more.  I tried it mum, honest.  But like some people and brussels sprouts, I am not a fan of raw or almost raw fish so I’m afraid that almost all of my Cobbler went to waste.  I feel bad.  But the seafood sauce survived.  I tried the fish before I mixed it all up so I will have some of that later with Tortilla chips when Yadrian comes round for dinner.
I won’t be taking Mae’s advice on the Ceviche front I’m afraid, but I did take it concerning Mr Hi-Fi…
Blog-checking lines: Kathlyn of Bake Like a Ninja was our Daring Cooks’ March 2011 hostess. Kathlyn challenges us to make two classic Peruvian dishes: Ceviche de Pescado from “Peruvian Cooking – Basic Recipes” by Annik Franco Barreau. And Papas Rellenas adapted from a home recipe by Kathlyn’s Spanish teacher, Mayra.
Share33
Tweet
Pin
33 Shares