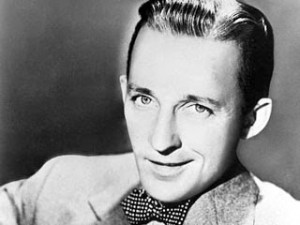 “Come on in. It’s a bit fresh out there.
We may be getting ourselves a bit of a soak.”

Fresh? It’s freezing Bing! I’m going to rustle up some turkey and eggs soon to try and warm myself up in a minute.

I’m just back from a fantastic night at Azimova’s place where we had a Serbian Cooking Extravaganza. She taught me how to make Pasulj, Sarma, Prebranac and Proja – all absolutely DELICIOUS. Oh yum, yum, yum. Azi’s mum was stationed on the couch as we cooked, watching Croatian Pop Idol and a Jackie Chan movie. Later we had some Cuban Serbian music and when I asked what the connection between the two cultures was, Azi simply showed me her postcard of a young and devastatingly handsome Che Guevara.

A copious amount of booze was consumed and during an extended bout of celebrity impressions Azi discovered that (just like Roger Moore) she was able to lift just one eyebrow. Rudolph’s attempt at James Dean was so good a photo was taken, and he managed to get my Tina Turner impersonation in approximately one second. When Azi decided that me getting Sean Connery was an easy option a new catchphrase was invented, “You got it cheap!”

Other memorable quotes include: “Leotard darling, leotard” (something to do with Freddie Mercury) and “male female relationships, they need the presence of a body” (regarding talking for hours on the phone with my new beau). Oh, and regarding the Sarma which involved a whole head of pickled cabbage, “it’s for people who like pickles!’ And anyone who knows me knows that I LOVE pickles. Pickles, pickles, pickles and beans and MEAT!