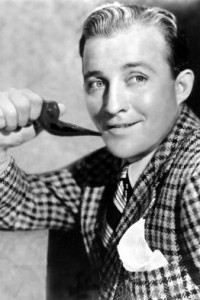 “My golf is woeful
but I will never surrender.”
Golf was on my mind yesterday as Tiger Woods’ apology was beamed around the world via the satellite dishes outside my office. Loved the bit where he said he had felt like normal rules did not apply to him, especially as I have been reading about self entitlement. The New Yorker told me that at an early age he had announced to a teacher that he wasn’t prone to self entitlement and I had to look it up on the internet. Fascinating!

I’m afraid that I have nothing to report from the Brits. Because HE STOOD ME UP. Rosalind straightened my hair and did my nails and I sat in her lounge waiting for him to call me until 12.15am at which point I went to bed. A text arrived at 2am saying he had left his phone in a taxi so hadn’t been able to call me. Really? Do I look as if I was born yesterday?! Unfortunately I went out with the Panther for two years and have therefore heard every excuse in the book. He was more inventive than Reggie Perrin with his reasons for being late, having to cancel or not even turning up at all.

This new no show has suggested “making it up to me” by taking me to a BAFTAs party tomorrow night that starts at 11.30pm. What kind of insanity?! I’ll be cosied up with my electric blanket by 9.30pm as per usual!

Anyhow, I was really pleased as I sat in bed this morning listening to Sounds of the Sixties when I suddenly remembered that I had the wherewithal for Bing’s Breakfast. Loving the spinster life – why try and change it?