I had such a fun time hanging out on zoom with three fellow movie star recipe obsessives a few Sundays ago.  Karie Bible of the lovely Hollywood Kitchen Show gathered myself, Fritzi Kramer of Movies Silently and Samantha Ellis of Musings of a Classic Film Addict together for the first in a series of guacamole challenges.  Gloria Stuart v Boris Karloff was first up! 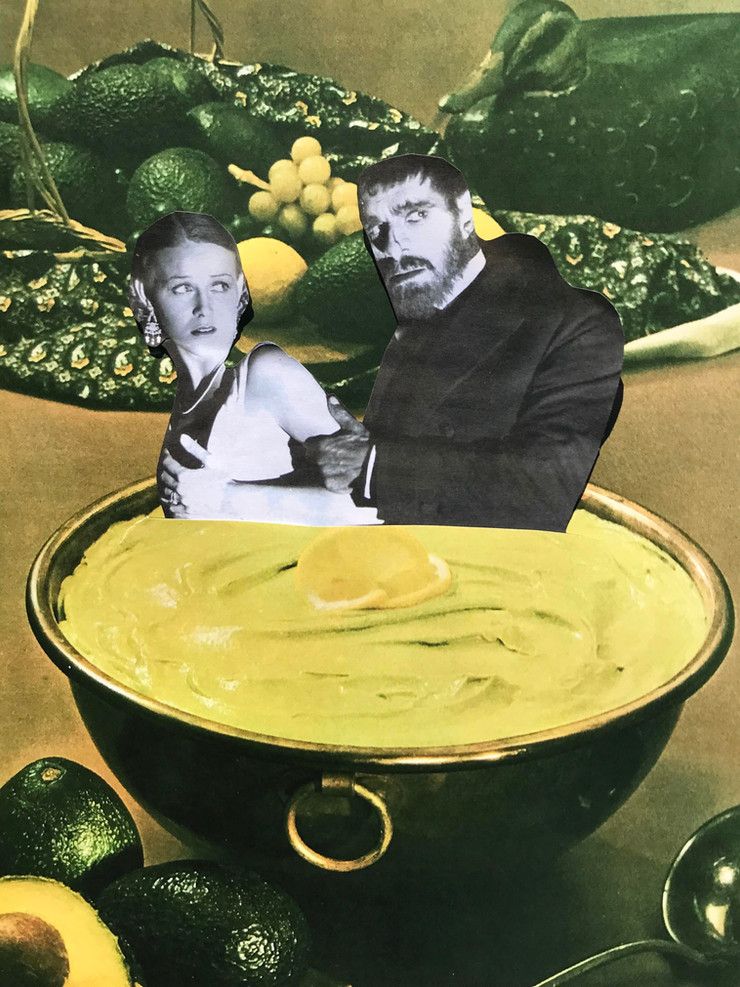 This amazing collage artwork is by Cherie Savoie Tintary.  I want it for the Silver Screen Suppers kitchen!

We are doing a BRACKET (American sports fans will know what this means) so expect more guacamole fun to come. Here are the contenders for the movie star guacamole crown.

You can read all about it and watch our zoom discussion about Gloria Stuart, Boris Karloff and the film they appeared in together over on Karie’s website.It was so much fun.  Scroll to the bottom of this post for both recipes, but first up, here are a few pix.  I made half of each of the recipes as I’m home alone during the week, and woman cannot survive on guacamole alone, for breakfast, lunch and dinner. Here they are side by side, Gloria’s on the left, Boris’ on the right. 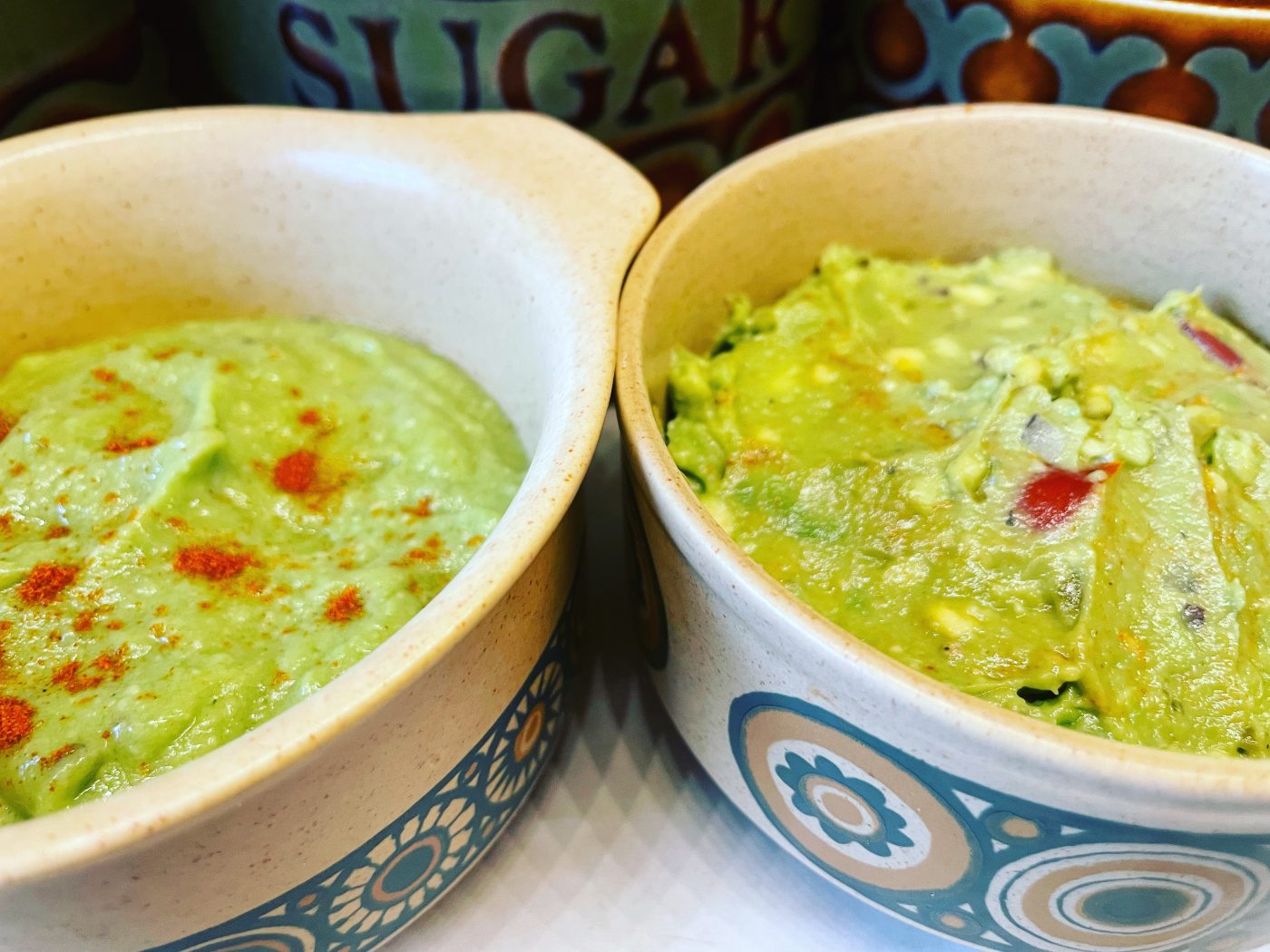 On toast (as suggested by Gloria in the 1930s, so as previously discussed Avo on Toast is not a new thing!) 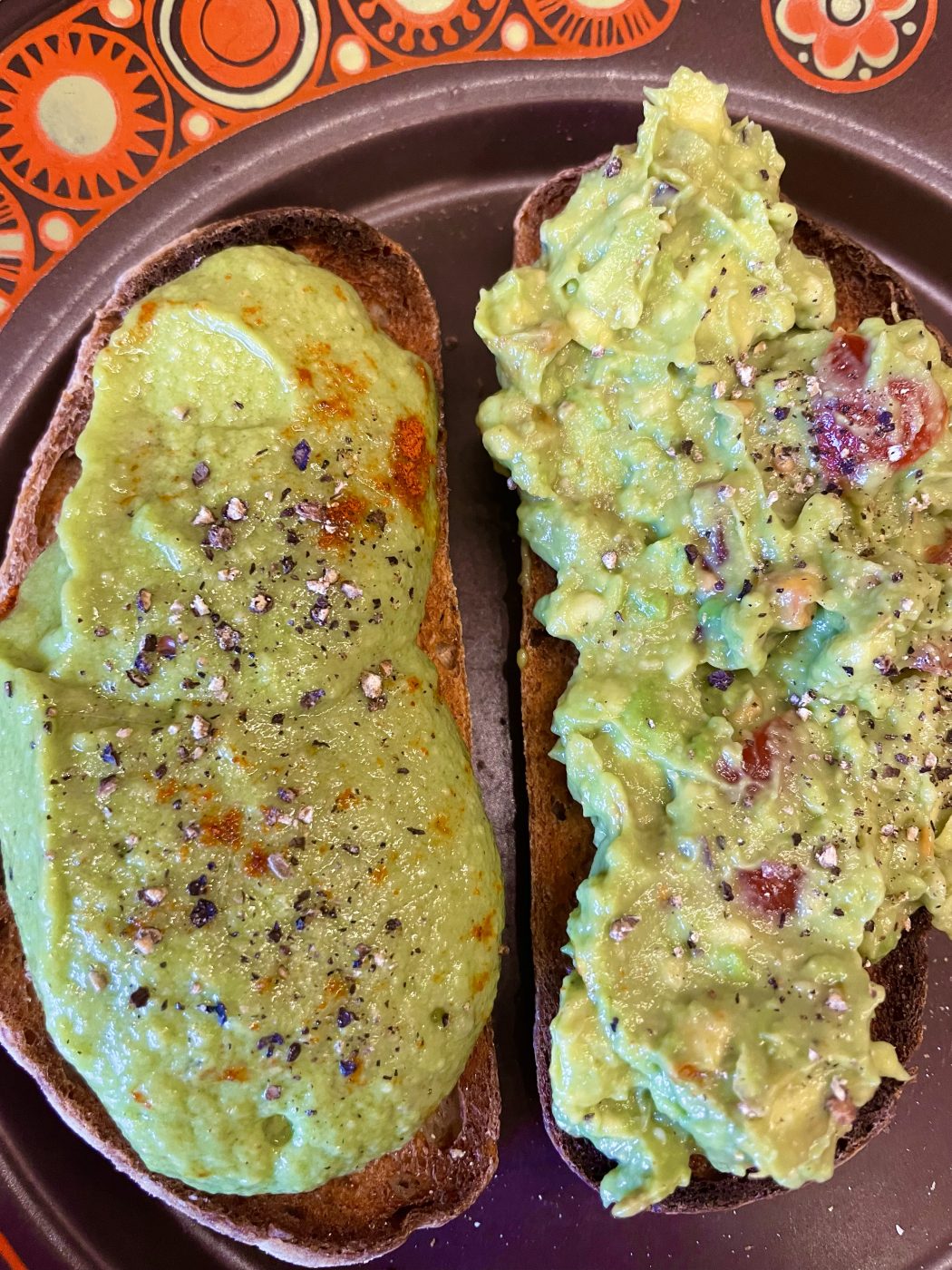 Gloria’s guac was runny and (unanimously agreed) a bit oily.  Boris has a lot more STUFF in the mix, plus SHERRY, the secret ingredient that gave it the edge. 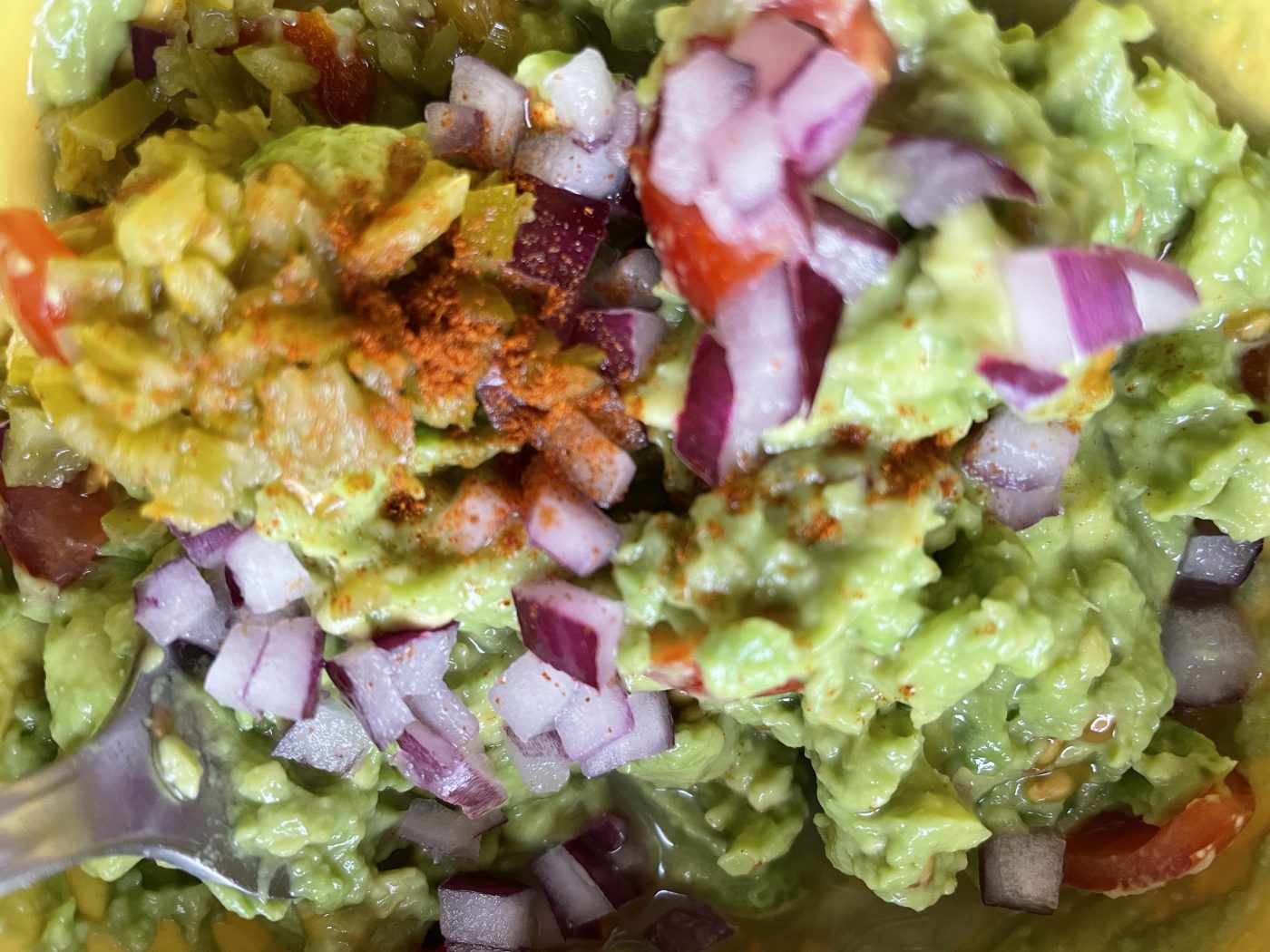 The unanimous winner on the night was BORIS, and I think my experience working my way through the leftovers confirmed it.  Boris, all scoffed, Gloria, not so much… 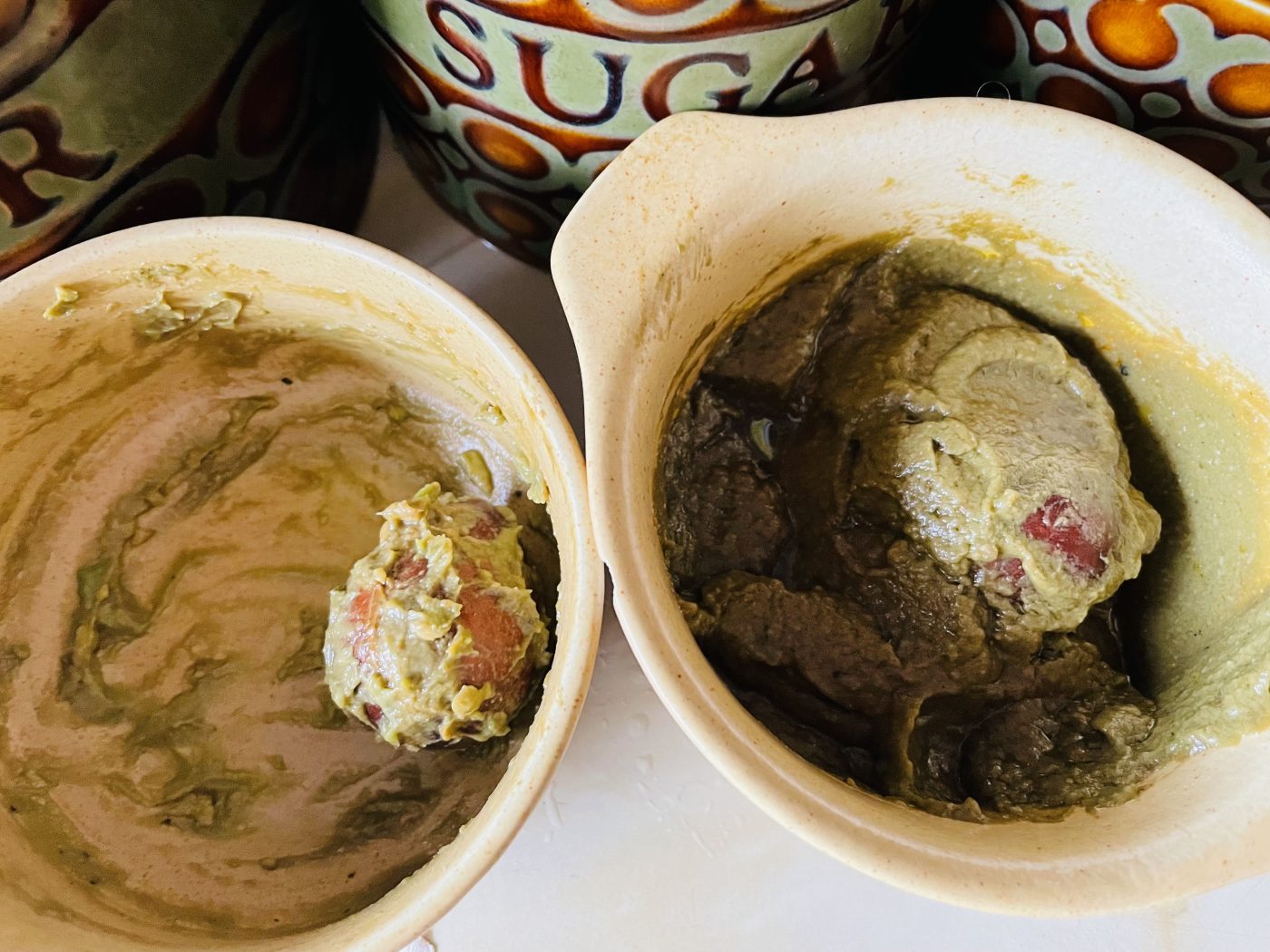 Thanks, Karie for inviting me to be part of this madcap guacamole extravaganza.  Let’s hope the world doesn’t run out of avocados… 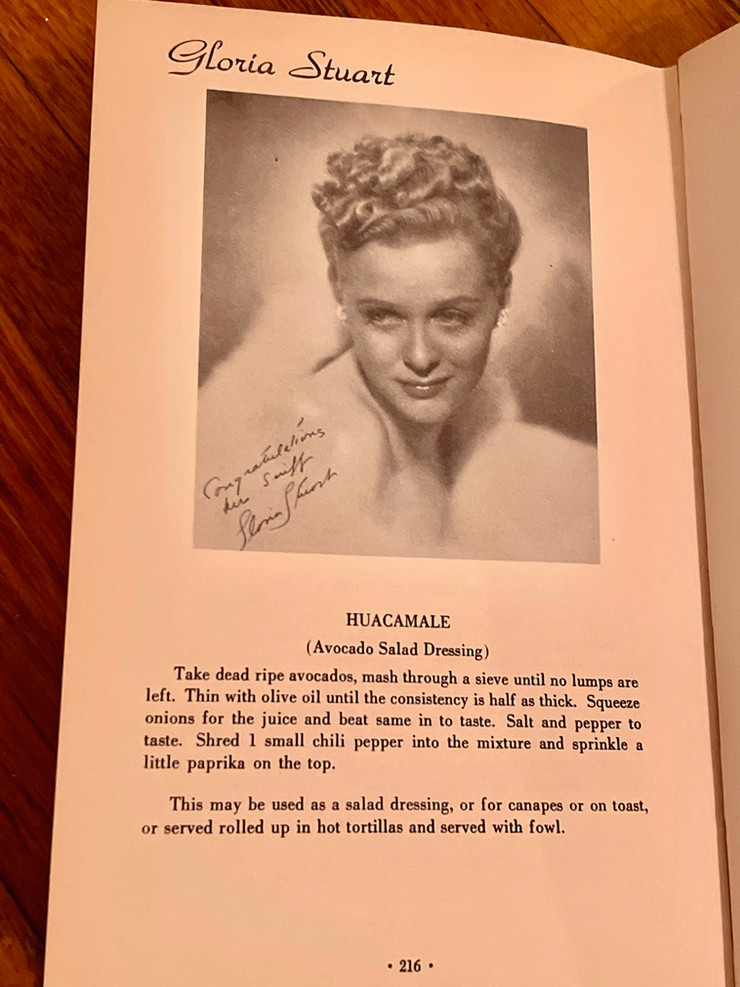 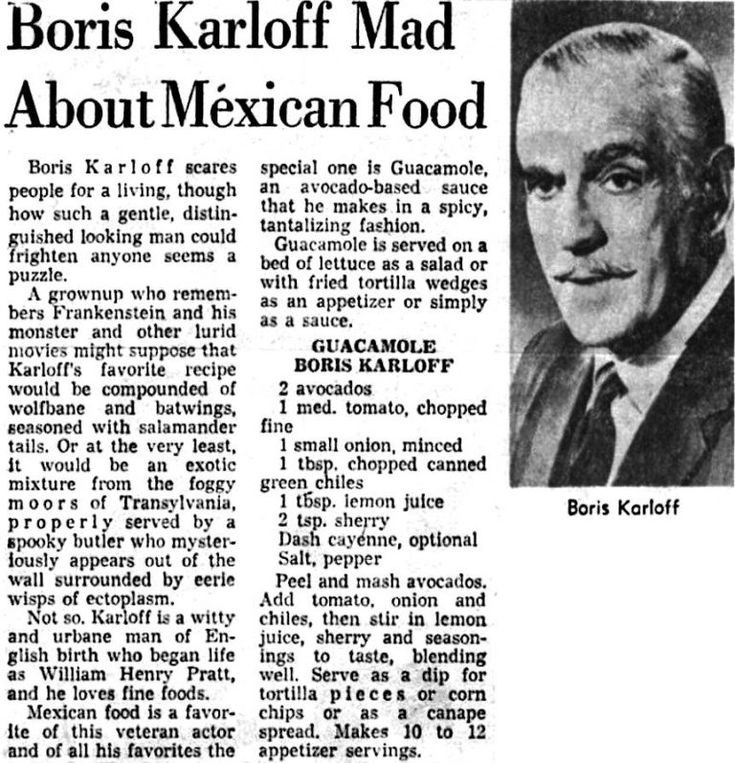