I was unusually organised for Sunday’s Silent Stars Cocktails and Canapes party. I had spent hours poring over recipes, coming up with proposed menus, sending recipes over to Nathalie for consideration, making endless lists 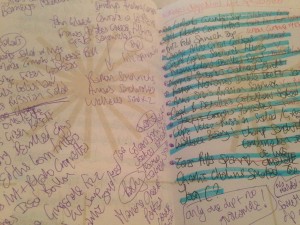 and spending HOURS on my Ocado home delivery order. I booked it to deliver between 8 and 9 on Saturday morning, giving me a whole day to cook up a storm, ready to take a bunch of goodies over to Nathalie’s on Sunday morning. 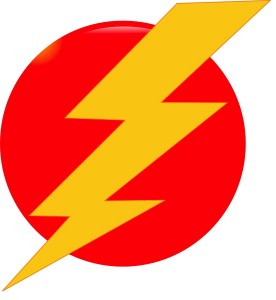 Well who knew that the Ocado warehouse would be struck by lightning in the middle of the night?! All plans went out the window. Deliveries were delayed by about 5 hours, Nathalie’s was completely cancelled. MIDDLE CLASS DRAMA! We had to be resourceful.

The thing I wanted to make first, was Colleen Moore’s Irish Delights – little sweeties like Turkish Delights only green. It’s traditional that we have something involving gelatine for our parties – last time we had the item christened “The Green Thing” by Julie. 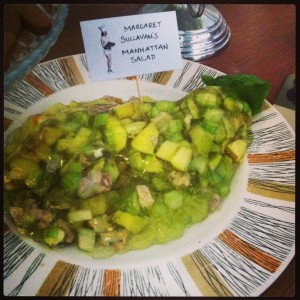 Desperate to get Colleen’s green things made and in the fridge to set, I high tailed it up to Sainsbury’s to get the gelatine that was stuck somewhere in a charred Ocado warehouse.

The electrical storm must have still in the air when I got back, at least that’s what I’m blaming for my water, sugar and gelatine mixture boiling over and resulting in this: 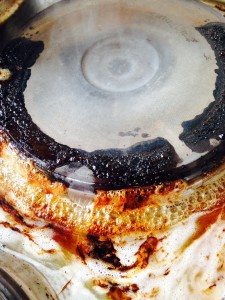 So they were off the menu for a start! There will be reports on the goodies we did manage to rustle up for our guests despite the act of God very soon…

To calm my nerves, Mr R suggested that we have something from the “frozen archives” for our dinner and my first choice was to pull out the big chunk of Vincent Price’s New Year Vol au Vent that I found lurking in drawer 2. But then I spotted a freezer bag with the very appealing “Burt’s Boeuf Bourguignon x 2” scribbled on it. So Burt’s Boeuf it was, and it reminded me that I haven’t yet put the photos up sent to me by a loyal blog reader Rebecca K. Eash from Wisconsin.

Rebecca has been a reader of the blog since way back in 2010, and we’ve exchanged some lovely emails in the past.  I’ve seen a photo of Rebecca’s lovely Airdale doggie and her gorgeous 1930s stove.  So it was a really lovely surprise recently to find a message on the Silver Screen Suppers Facebook page from Rebecca that said: “I’m making Burt’s Beef Bourguignon tonight…. The house smells SO good!” 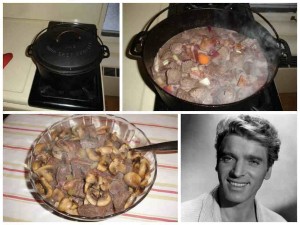 Mmmmm – that looks SO GOOD and I love Rebecca’s grandmother’s cooking pot.  It is a DRIP DROP ROASTER.  I really want one of those.

Thanks for these fab pictures Rebecca, I’m going to make another batch of Burt’s beef and when I do, I’ll post the recipe up  again (it was a Recipe of the Month a while ago).  It’s getting to be the right time of year for this kind of sumptuous stew.  Keep in touch and keep on cooking! 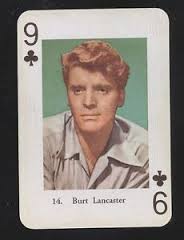