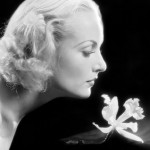 Well I learned several lessons making Ronald’s pie last night.  First one was that a small mistake in a recipe can cause absolute chaos!  This is why I am so grateful to all my test cook volunteers, because if I make a howler like there was in Ronald’s, hopefully someone will spot it before it goes in the book.

I double checked against the original recipe when I saw that Ronald’s pie required 4 lbs of suet.  Four pounds of suet is a lot of suet!  I was doing half the recipe and even then, 2 lbs of suet is around 5 boxes.  Still, in a case of the blind leading the blind, I tried to faithfully follow the recipe, putting 2 lbs of suet in a frying pan and watching it melt into a big old tallow-faced mulch was not a pretty sight.  Neither was my attempt to cook the steak in the aforementioned mulch a pretty sight – bleaugh.   It eventually dawned on me (after doing some compare and contrast on the internet) that there was indeed a mistake in the recipe and it should have read 4 tbsp not 4 lbs.  There is a lot of difference between 4 tablespoons and 4 pounds.  Damn you Milwaukee Gas Light Company and whoever your recipe transcriber was!

I managed to seive the steak out of the mulch just before Charley turned up to see the horror!  Another lesson I learned was that I need to read the recipe and work backwards from the time I want to serve it.  This pie took a LONG TIME and Charley was starving.  As I’ve been cat sitting there wasn’t much to nibble on so I cobbled together a hard boiled egg with an anchovy on top to keep him going!  Ha ha.  Nuts.

And it is lucky that Charley lives in the same building, I daresay it was not a relaxing night for him.  Firstly he had to go back to his flat as he’d forgotten the special i-pod lead he is lending me for the party.  Then as we were just about to crack open the wine to accompany the pie I remembered I still didn’t have a bottle opener so he nipped back for that and then when the pie finally came out of the oven at 10pm we decided it really needed some gravy so off he went for his Bisto.  It’s keeping him fit though, going up and down those stairs!

And today, I’m off to Daryl’s for lunch so I making him a Cherry Pie.  You know what they say about wives and cherry pies?

Oh, and even though this is possibly the longest post ever, just one more thing.  Does anyone know what has happened to Carla over at carolelombard.org?  I love her site but it seems that it hasn’t been updated since November last year…

The pie by the way was yummy so will PROBABLY go in the book – with the correct amount of suet.