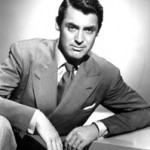 It’s been an EPIC week.  I’ve had two more responses from film star copyright holders in the affirmative and have been nominated for a blog award.  How FABULOUS – click on the VOTE button if you’d like to – Little Blog Awards (Silver Screen Suppers should be near the top on the right hand side) – I wanna win the egg cosy!  I’m going to write a proper post about my exciting correspondences next week, I aim to cook the dishes of each star whose representatives say yes!  I cannot tell you how excited I am getting…

Yesterday I not only heard about my nomination but also got the news that Ptolemy has won a big award for Best Fabric Designer 2011.  I hope she won’t mind me posting this link of her looking beautiful – this morning she sent me a text with the momentous news that she’d also got her grant from the Arts Council for a new loom!  This is such fabulous news and I am so proud of her.  I’ve had that Rose Geranium cake too.  Makes women go weak at the knees as well as men I can testify.