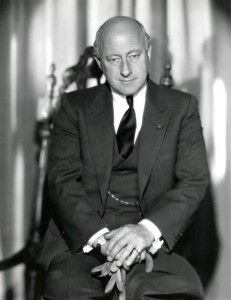 Excitement is mounting about Sunday’s Sunset Boulevard Luncheon Party. The menu will be as follows:

SPOILER ALERT – if you are an invited guest, look away now!

Rosalind and Jimmy were making me laugh this morning with their antics. Jimmy wants to come dressed as a “Monkey Butler” but Rosalind said, “You are going as Erich von Stroheim and that’s that!” Ha ha!

Last night I introduced the New Yorker to the seedy underbelly of the East End of London. I took him to a burlesque night at the Bethnal Green Working Man’s Club. Lord it was saucy! He seemed to take it all in his stride though, and scoffed both the Anna May Wong Tea Cakes in the taxi on the way home. He was pleased to get a cherry…