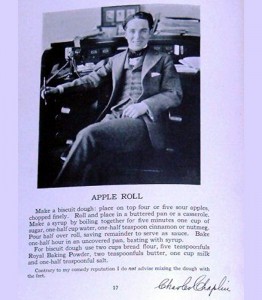 I attempted this once and ended up with an inedible block of chewy pastry surrounding a pile of undercooked apples – mmm – doesn’t this look nice? 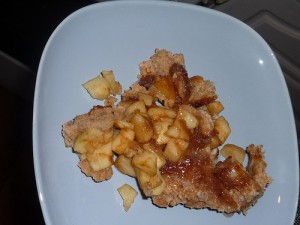 but Battenburg Belle offered to have a go, and of course created something divine. 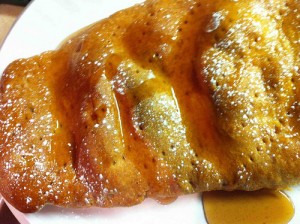 I think my first mistake was using wholemeal flour.  Why?  Because I am an eejit.  I made my version a long time ago when life was very different (December 2010) and I was a bit of a div in the kitchen – it was pre Vincent… 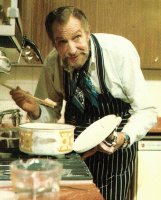 BB on the other hand is the Queen of pastry so hers was all light and fluffy and melt in your mouth.  Goddamit!  She has kindly offered to give me a Fougasse making lesson 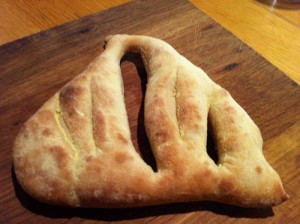 so I might try and persuade her to throw in a pastry making session too.

Here is BB’s version of the apple roll:

Pastry
250g plain flour
2 tsp baking powder
1 tsp salt
75g butter
125ml milk
Filling
2 large cooking apples
1 tbsp caster sugar
1/2tsp cinnamon
Syrup
240g caster sugar
125ml water
1/2 tsp cinnamon
Pre-heat the oven to 190°C/375°F/Gas Mark 5.
Mix the flour, baking powder and salt.
Rub in the butter.
Add the milk and mix to form a soft dough. Rest the pastry in the fridge for around an hour.
Roll out to a rectangle around 25 cm x 45 cm.
Peel, core and dice the apples, place them on the pastry. Sprinkle with sugar and cinnamon. Roll the pastry, like a swiss roll, sealing firmly along the seam and at the ends. Prick with a fork several times along the top.
Bake for 30 minutes.
While the roll is baking, make the syrup: dissolve the sugar in the water, with the cinnamon. Bring to the boil, boil for 5 minutes. Pour half the syrup over the roll for the last five minutes.
Serve with the rest of the syrup.
Mmmmmm – it was lovely.  Thanks Charlie and thanks Battenburg Belle for rescuing the recipe in time for inclusion in the book… 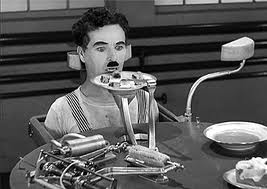