Hereby follows a salutary tale.  Battenburg Belle has told me that we must admit to our failures as well as our successes so here goes. 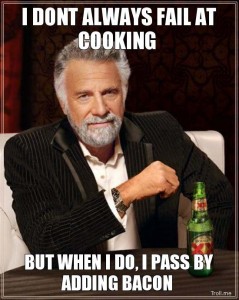 So I bought all the gubbins for Clark’s dish including a LOT of expensive venison.  Made the marinade including some red wine that was gifted to Mr R by Chloe and Gavin as thanks for DJing at their wedding.  Left it brewing in the fridge for a couple of days then cooked it up exactly as Clark’s instructions while a few episodes of Robin’s Nest passed me by on the laptop balanced on my kitchen record player.  These are on loan from Vic and I have to return them soon, so have got into the habit of having them on while I am cooking.  I loved the episode where Richard O’Sullivan pretended to have mumps to get out of something he doesn’t want to do. 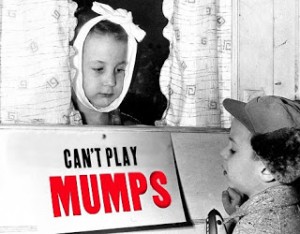 Which reminds me.  Recently there was the LONG AWAITED dinner cooked by Vic at his place of LIVER AND ONIONS.  Vic is my ex and we live in the same block of 1930s flats in Muswell Hill.  You know how it is when people live virtually next door and you never get around to seeing them?  Such it is with us.  Sometimes he scares the hell out of me by looming up at me at the bus stop, or by the recycling bins, and we do have regular Rockford Files nights at my house.  But he’s been promising to cook me his signature dish of liver and onions for approximately 3 years and it was of course absolutely delicious when he finally got around to it. 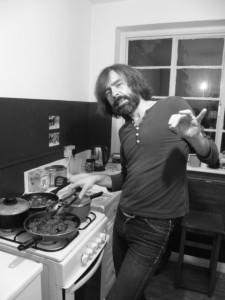 Here he is posing with the Richard O’Sullivan cookbook.  Muswell Hill must have the highest concentration of these books per square mile in the world.  I have one, he has one, Battenburg Belle has one.  They are freakishly expensive if you want to try and buy one on ebay…  Richard is wearing exactly the same apron as Vic.  I want one of these – it’s supposed to be a bra and suspenders… 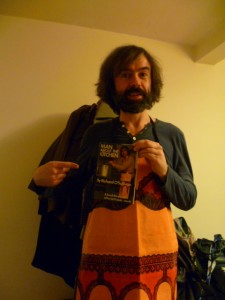 I digress.  Which is sort of what I did with the venison.  As I had promised myself to do some writing on the night I was cooking up the venison, I decided once I’d fried off the meat, to put it all in the slow cooker overnight with all the saucy stuff rather than standing over the pot.  I bunged it all in then went to my writing desk (aka slouching on the sofa with Columbo on in the background).  I did about an hour of work on the Joan Crawford Project, tidied up a bit, turned off all the lights and crashed out.

When I woke up in the morning I found that when I’d switched the lights off in the kitchen, I’d also turned off the slow cooker.  DOH!  So I cannot report on how this dish works in a slow cooker as I had to chuck it all in the bin.  Curses. 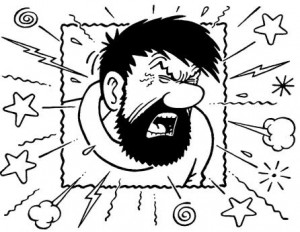 That was how it looked after marinading.  It would have been lovely I’m sure. 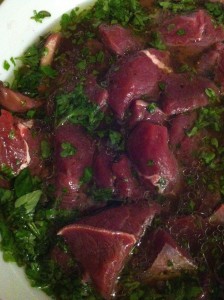 I’ll have another go this one Clark – when I have saved up the pennies for venison. 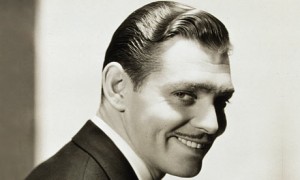