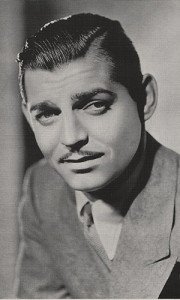 Did anyone see me on the tele last night?

Market Kitchen was on twice and I watched it with two different bunches of chums.  The first screening (with champagne and crisps) was at Paulette’s place and it was so weird seeing myself on the box.  The food looked very good – much more appetising on the TV than it was in the studio but Alex James’ face was still a picture when he cut into the Joan Crawford peppers.  I said afterwards to Shirley, “didn’t I look goofy” and she, a very wise 10 year old said, “You have ALWAYS been goofy, and that’s not going to change now!”  Ha ha!

I toddled off home and made Clark Gable’s pork dish for Rosalind and Jimmy who came armed with two carrier bags full of beer for screening number two.  It was fun comparing my fat and juicy tenderloins to the version the Market Kitchen home economist had made.  Theirs were very posh little medallions and the stuffing was very GREEN.  It’s really interesting to see how different cooks interpret these (often incredibly vague) recipes.

Rosalind insisted on taking lots of photographs of me sitting in front of the television watching myself!  But I took one of her too as she came with me to the filming and there was a nice close up of her looking very glam.  We drank ALL the beer and they were very kind about my performance – if you can call it that!

Lots of things have been happening while the blog has been off air for fancification – isn’t it nice?  I think that Jason the website magician has done a lovely job.  I’m excited about all my new pages, lots of writing to do…  So here’s a round up – I was in the same room as Martin Scorsese, I had a fascinating weekend with an ex-boyfriend from University days and I’ve found myself the perfect place to live.  A 1930s Palace of Solitude in Muswell Hill – 86 steps from my front door to Charley’s place…