“I turned my hair dark and
have received much better parts ever since.”

Omigoodness the day I had yesterday. I know just how Joan felt having to drag that dead body up the beach in “The Reckless Moment”. I was completely shattered by a combination of tellings off, crying jags, getting lost in Isleworth and ear bashings about the property ladder. I could quite easily have got straight into bed to listen to the football on my transistor radio but instead decided to follow the original plan of rustling up a Silver Screen Supper for me, myself and I.

The resulting violet tinted salad was actually quite delicious. I had a few teaspoonfuls before laying my weary head on the polka dot pillow putting my thumb in my mouth and deciding that the world and his wife could just KMSWA.

Joan was, of course, Constance’s sister. Unfortunately, don’t think the Beetroot Salad and Spanish Chicken would go well together. Love this quote from Joan though.

“That beautiful sister of mine was an overwhelming and volatile mixture. One had the feeling that she’d been shot from a canon and showered her sparks over an incredulous world with no thought or care where they fell, a carbon copy of father.”

So not only did Constance trail her cometary glory all over Scotland she showered her sparks all over the world. What a gal!

Hunting down recipes from her father and the third of the acting sisters begins right now. 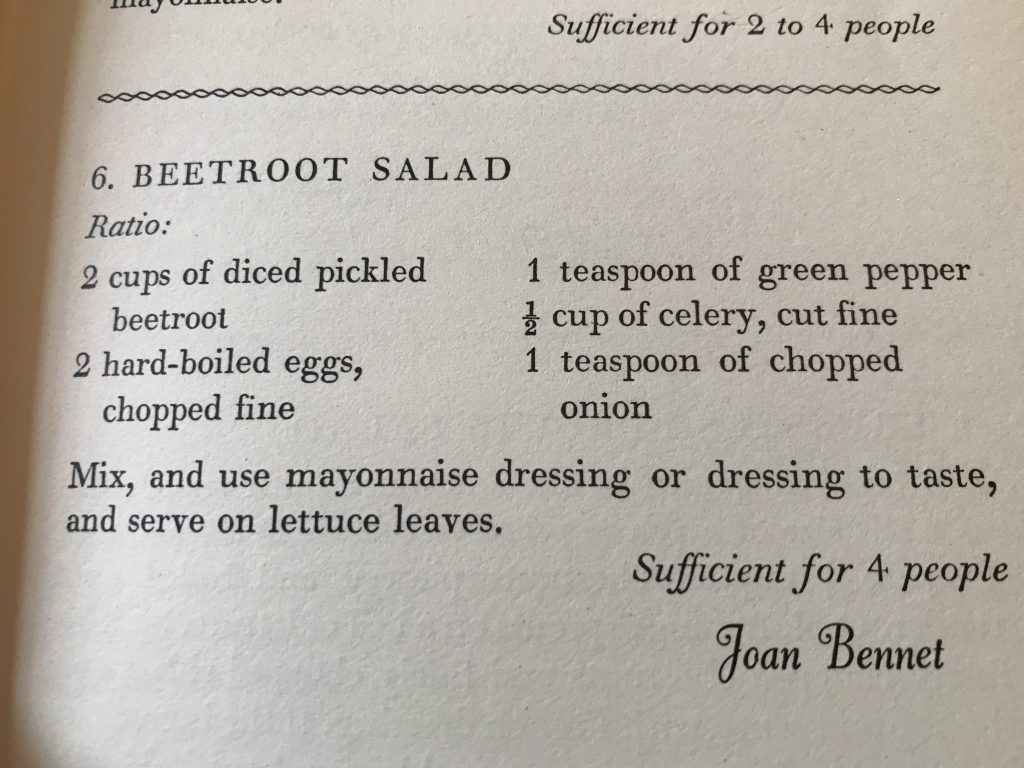