Spring has finally sprung here in London – I think – and now we are on the way to summer.  We’ve had a few false starts.  Here’s a way of cooking chicken that feels summery to me somehow.  Constance provided this recipe to several cookbooks with occasional variations, but this is the one I am most fond of, as it appears in the very first movie star cookbook I ever bought – probably about 20 years ago now… 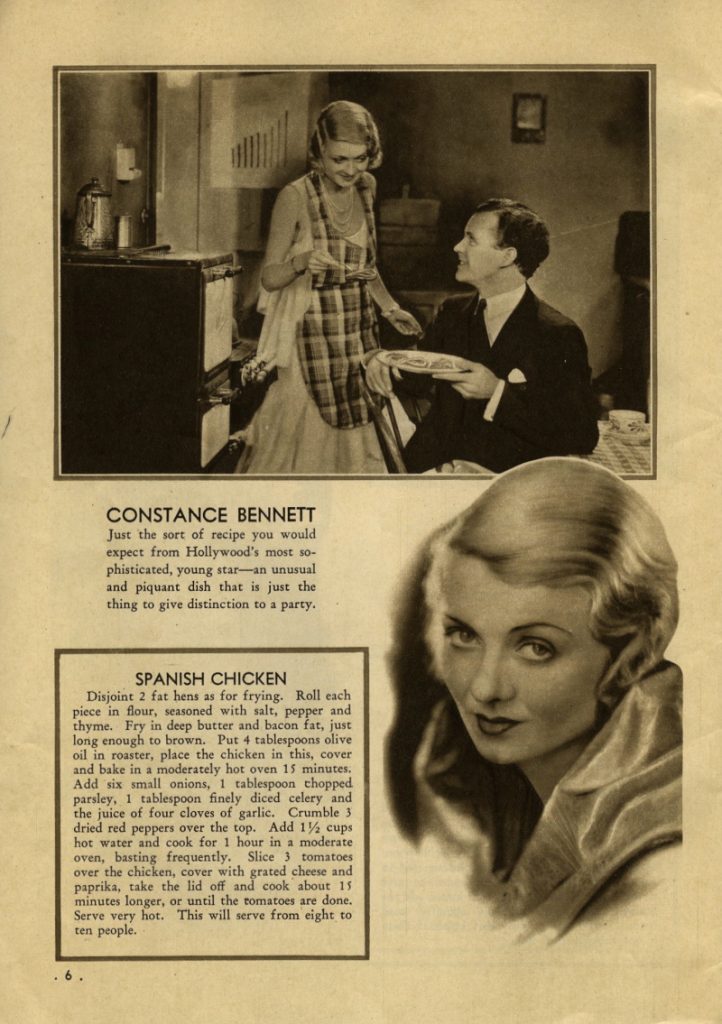 I’ve made this quite a few times as it’s a bit like Elizabeth Taylor’s Chicken Steamed in Wine – the kind of dish that you can just about rustle up for friends on weeknight after work and have on the table before 9.  Just about.

When I made it recently for Vic and Corinna I used 8 chicken thighs (about 900g worth): 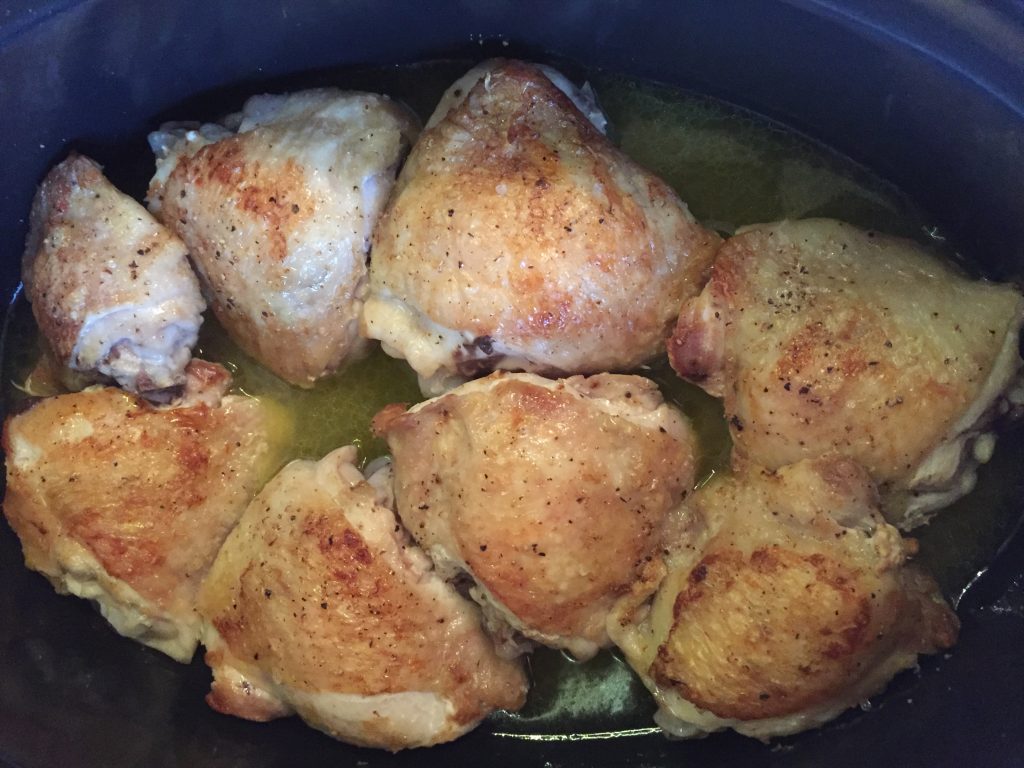 a whole stick of celery and two big fat “toes” of crushed garlic.  I was a bit skimpy with the chilli flakes (for I am guessing this is what Constance means by “dried red peppers”) I probably put a scant teaspoon in.  Will bung in a bit more next time.  I used 3 tablespoons olive oil, and put in one cup of water. 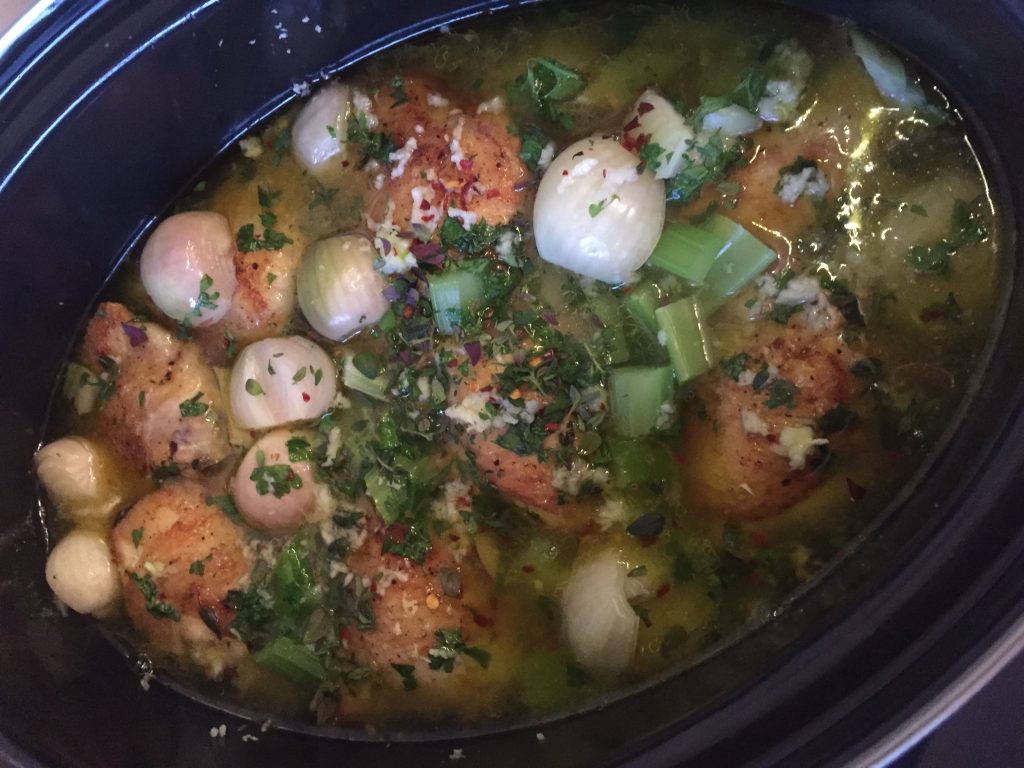 I figured that 8 chicken thighs might be more or less 1 and a half “fat hens as for frying”.  It’s a pretty forgiving recipe I think, you can fiddle around with it quite a bit and still keep the essence of Constance’s vision! 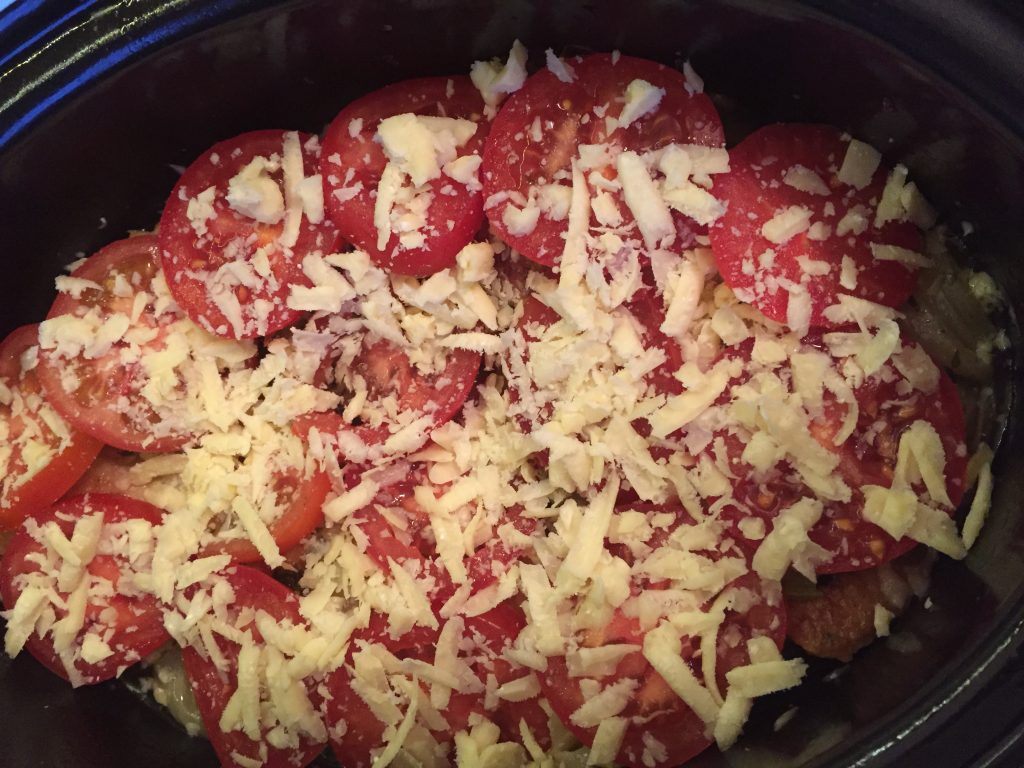 I recommend serving this with mashed potato or a jacket.  You’ll then have something to mop up the juices with. 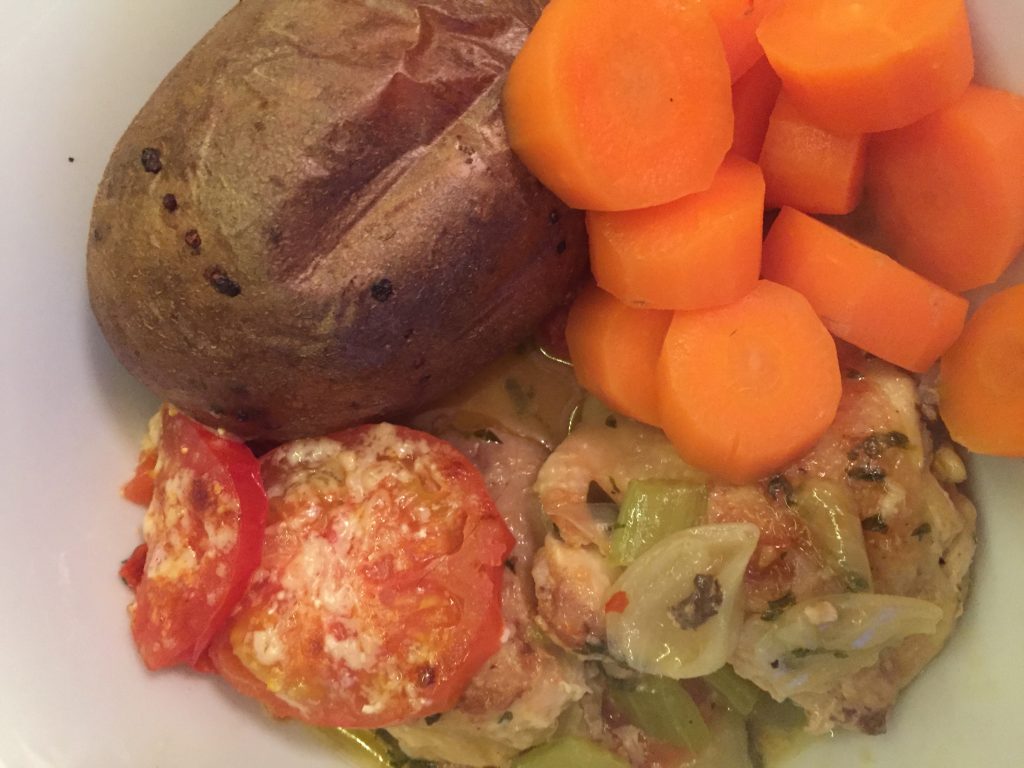 Jackets are the easiest.  I just shoved 3 big potatoes in the oven after rubbing some oil on the skins and jabbing them with a fork a few times.  They were probably in there for about 20 minutes while I was preparing the chicken, then they just sat at the back the whole time the chicken was cooking.  I had the oven on about 220 degrees C which is 425 degrees F and gas mark 7.  They were good and crispy on the outside and lovely and fluffy on the inside.  Perfect.

I hope you’ll have a go at Constance’s chicken dish sometime – do get in touch via the Contact Page or in a comment if you try it. 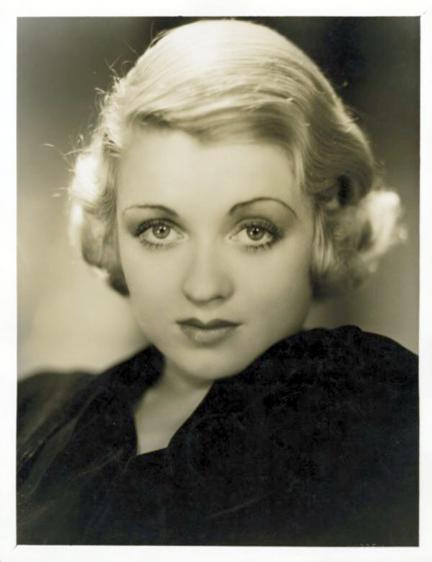 Butter and bacon fat, or oil for frying chicken

Juice of four cloves of garlic [I just crush the cloves]

Disjoint 2 fat hens for frying.  Roll each piece in flour, seasoned with salt, pepper and thyme.  Fry in deep butter and bacon fat, just long enough to brown.  Put 4 tablespoons olive oil in roaster, place the chicken in this, cover and bake in a moderately hot oven 15 minutes.  Add six small onions, 1 tablespoon chopped parsley, 1 tablespoon finely diced celery and the juice of four cloves of garlic.  Crumble 3 dried red peppers over the top.  Add 1 and 1/2 cups hot water and cook for one hour in a moderate oven, basting frequently.  Slice 3 tomatoes over the chicken, cover with grated cheese and paprika, take the lid off and cook about 15 minutes longer, or until the tomatoes are done.  Serve very hot.

This will serve from eight to ten people.