Do you know what Old Bay is?  If you are here from Maryland, USA I’m guessing that this is the dumbest question you ever heard.  From dear old blighty?  The answer is probably “no”.  Well my friends, via the wonders of international friendship through blogging, last night I found out what Old Bay tastes like. 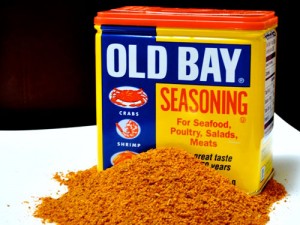 I can’t remember how I found my favourite food blog Dinner is Served 1972, but I have been following Yinzerella’s adventures in cooking her way through her Gramsy’s box of recipe cards for several years now.  I very much enjoy her swearing, and her attempts to recreate the neon styled photographs of the food from the 70s.  My favourite post is from 2001 where Card 74 was attempted – Tongue, Italian Style.  Here she is with the tongue she’s about to cook! 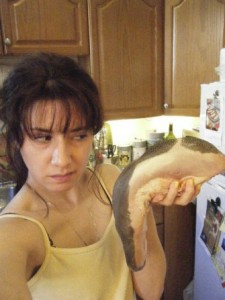 Yinzerella resides in Maryland, and seems to have a box of Old Bay the size of a refrigerator, it is mentioned many times in her blog posts and I was intrigued.  What was it?  Fellow food blogger Taryn in Australia was also bemused.  So the lovely Yinzerella sent us some to try – what a brick!  (British slang for a generous, helpful and reliable person.) 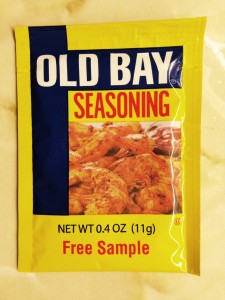 Karyn is another cyber-chum that I have met through blogging, probably via Dinner is Served 1972.  I LOVE how these international connections happen with the power of the interweb.  Anyhow, Taryn came up with the idea of an #OldBay October challenge and has been cooking up amazing things – check out her delicious recipes for:

I heartily agree with Taryn – Viva La Vol Au Vent! – I am going to make some soon.  They are indeed a beauteous thing!

Which sounded delicious…   And what do you know, you can get Old Bay flavoured crisps?! 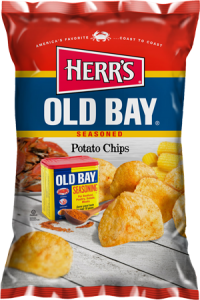 Which Yinzerella says aren’t as good as these, and who am I to argue? 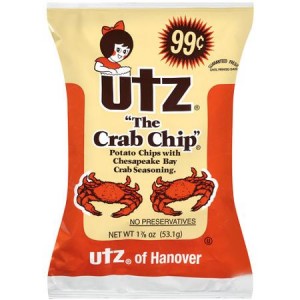 The three of us are trying to create a worldwide trend – working title is OBtober (for Old Bay October) – does that work?  Maybe not…  Campaign for Old Bay in your own countries my friends!  And maybe we’ll come up with a better title for the annual Old Bayathon.

Now then, I perused the lovely Maryland cookbook that Yinzerella kindly sent over for inspiration and there are a LOT of good recipes there that I’m planning to try. 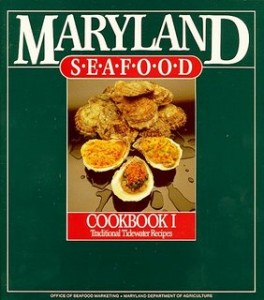 But I wanted to do something I could blog about here so I had a wade through the Silver Screen Suppers spreadsheet for things with Maryland in the title.

Quite a few stars had a penchant for Maryland Chicken (Fred Astaire, Ruby Keeler, George Brent, Gene Kelly, Gracie Fields, and Tyrone Power for example).  Victor McLaughlin’s Crab Meat Maryland was a strong contender until I saw how much 1.5 lbs of crab meat was going to cost…

So in the end I went for Corinne Griffith’s Lamb Maryland because it sounded weird but good.  Not that Corinne mentions Old Bay, I just decided to add it into the mix.  Sprinkling it on the lamb before grilling (broiling) it. 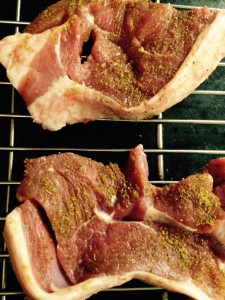 So here’s Corrine’s recipe and here’s a photo.  What did I think of Old Bay?  The first mouthful of lamb brought on a coughing fit, I hadn’t expected the spicy kick.  But I LOVE IT and now I’m craving something else cooked with it right now.  Is there a little sprinkle of crack cocaine in there?! 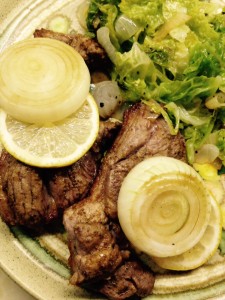 Corrine ate these at His Lordship’s Kindness, in Clinton, Maryland, with Richard 
Nixon and his wife, Pat.  They make a nice little spinster’s supper.  They were delicious.

Broil, as usual, about 7 and 1/2 minutes on one side.  Turn chop over.  Place on it first a slice of lemon, then a slice of onion; on the onion the slightest dusting of brown sugar.  Broil until brown.  Salt to taste. 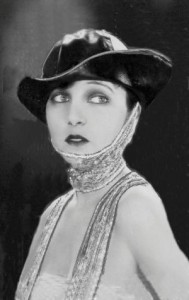