When Mr R told an Italian work colleague where he was going for his holiday (Mersea Island off the coast of Essex) he was told, “Meh, it isn’t very exotica” (in an Italian accent).  But you know what?  I think it is VERY exotic.  Especially when you can cook up a Hawaiian dish in your very own holiday home kitchen whilst looking out over a beautiful view like this. 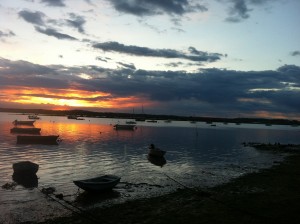 We are on holiday for a WEEK in a fabulous part of the world which is right on the doorstep of London really.  But worlds away in terms of pace of life and just general chilled-ness…  Those in the know, know.  Mersea is fab.  Me and Mr R spent a long weekend in a fisherman’s cottage here in October and loved it so much we are back again, same spot for a week.  Do squatters rights still exist?  I never want to leave… 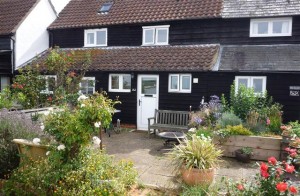 Best of all, while Debbie’s dish was marinating we went for a swim right in front of our holiday cottage.  This is remarkable for many reasons.

1 – it is MAY and who would have thought you could swim in natural water in Britain in May?

2 – it is tide dependent so there was a window of about two hours in which to get in front of our holiday abode and splash about.

3 – we Brits are generally a bit coy about getting our peaky white bodies out, donning our swimmers and getting in amongst it.

But I am very pleased to say that Mr Rathbone proved what I knew all along.  He is game for ANYTHING.  When we saw that our neighbours were all in the water we both stripped off and took the plunge. 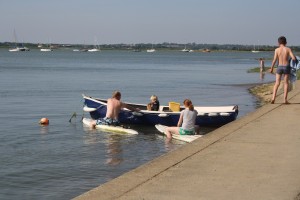 The water was full of seaweed and much colder than the neighbours pretended it was, but utterly lovely nevertheless.

While we were splashing about and generally having a very good time mucking around with fishing nets and drinking a post-swim beer or two, Debbie’s chicken was marinating: 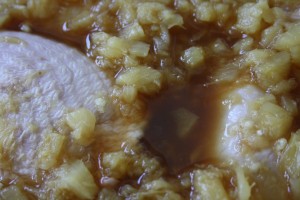 and we made friends with Gunnel who lives next door to the left: 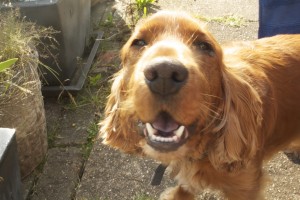 and Digby who lives next door to the right. 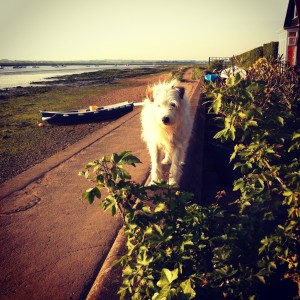 What a lovely, lovely place to be!

Debbie’s chicken was really delicious, especially after all that sea air and splashing around.  Here is her recipe.

She says: I have long thought that among the many reasons the Hawaiian Islands deserved statehood is their contribution to good eating.  Here is a recipe I collected from a kamaaina (old-timer) there.

Brown chicken in a heavy skillet.  Place meat in a greased casserole.  Bake in 325 degree oven for an hour, or until tender.

NB – I used 6 chicken thighs and halved the marinade ingredients.  Debbie didn’t say what to do with the left over marinade so I boiled it fiercely (as I was told to do by the internet in case of GERMS) and then served some alongside the chicken for dipping.  It was delicious.

“I’m going to make it again with fresh pineapple but not use it in the marinade, marinate for 20 minutes, brown & remove chicken then add pineapple to pan to heat gently to reduce the enzymes.  Then cook.  I’ll let you know how it goes!”

I wish I could say that I looked like Debbie in my swimsuit! 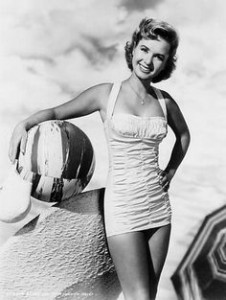