Before we start, I’d better admit that I am squiffy.  I’ve drunk a whole bottle of Prosecco, plus some Amaro, brewed by the mysterious Asterley Bros… 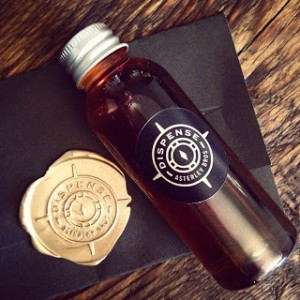 So here’s the scoop.  I was sent in the post a lovely dinky bottle of Amaro, hand crafted by the Asterley Bros.  I do not know these boys, I have no knowledge of how I got to be on their tasting panel, I volunteered, I was sent booze, I love it.

I decided to sample it in cocktail form, and as regular readers of this blog will know, I OCCASIONALLY invent a cocktail and name it after a Silver Screen personality.  Actually, in fact, I think I have only done this once.  The Louella Parsons Cocktail, which almost made me go stark staring mental but not quite.

By contrast, the Diana Dors’ Asterley Spritz Cocktail was quite demure.  Here is how I made it.  It was bloody delicious and I hereby salute the Asterley Bros for creating such a delicious Amaro.  Mmm.

Disclaimer: this was not a tipple Diana Dors herself drank.  It was not a tipple someone invented when Diana was around on this planet, and named it after her.  It is a cocktail I have invented in her honour because I think she’s the most fabulous screen star Britain ever produced. 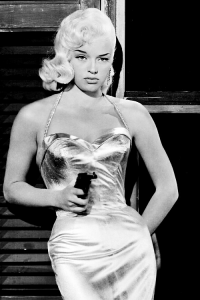 So here’s my tribute cocktail to the divine DD.

a cherry for garnish

Here’s a pic of mine… 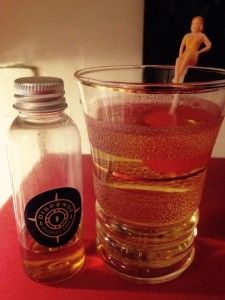 Do you see the mini Diana, balanced on the edge of a glass, spiked into a cherry?

It was a GOOD cocktail!  I had two.