What springs to mind when you think of Dick Van Dyke?  Is it this? 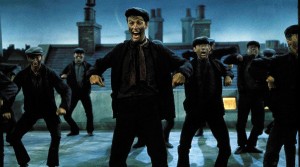 Me too.  Until recently.  Now it will be this: 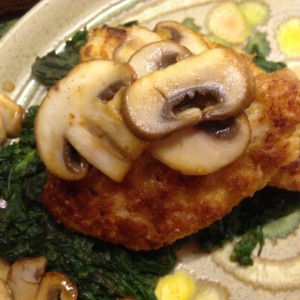 Dick’s chicken recipe was tops.  It led to a rousing rendition of “Chick-Chick-eree, Chick-Chick-eree Chick-Chick Che-roo” from Mr Rathbone and a puffed up chest by me, as it turned out so well.  Here’s the recipe, I heartily recommend it!  As Bert would say: “Bit o’ magic!” 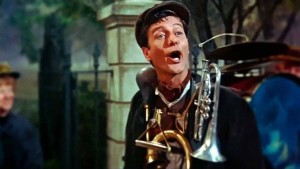 NB – Dick’s recipe didn’t include cheese in the ingredients list, an omission of the cookbook compiler I think.  I used some finely grated Parmesan.  I judged by eye how much to use and didn’t weigh it – sorry!  Here’s how it looked for reference… 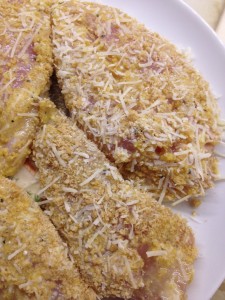 Remove skin from chicken breasts.  Mix the flour with some salt and pepper to taste and dredge chicken breasts with seasoned flour.  Dip in egg, lightly beaten with 1 tablespoon water, then coat with a mixture of cheese and crumbs.  Chill for 1 hour in refrigerator.

In large frying pan heat 115g / 4oz of the butter, add chicken and brown on both sides.  Lower heat and cook gently until tender, about 20-25 minutes.  Meanwhile chop spinach coarsely and season with lemon juice.  Pile spinach on dish, arrange chicken breasts on top and keep hot.  To pan add remaining butter and the mushrooms.  Saute until tender, then spoon over chicken.  Brown extra butter in pan and pour through fine sieve over dish.  Sprinkle with chopped parsley.

Dick says: “Southern Fried Chicken is a favourite of mine but how I love Breast of Chicken Florentine!” Me too Dick! 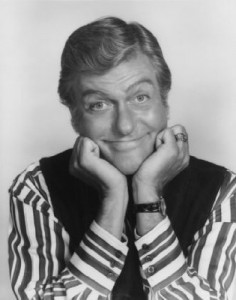 The Marie Kondo festival of de-cluttering continues.  Mr Rathbone said to me the other day, “What’s the name of your guru?  Mary Colon?”  Which made me laugh.  Well she IS my guru and I love what she is making me do.  This weekend.  CDs were on the agenda.

Before the KonMarie declutter: 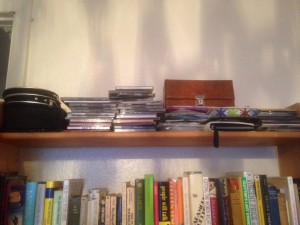 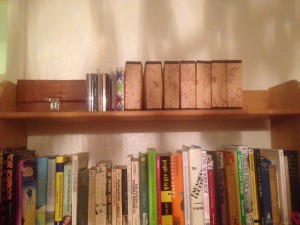 This was fairly easy for me as I’m a vinyl and shellac lover rather than a CD user.  Only one of the new storage cases I bought for the purpose contains music CDs, but I have a feeling there is a suitcase of more around the place somewhere…  But there is SPACE for more – yippee.

I made up a whole case full of photo CDs from the days when I was insanely meticulous about keeping hard copies of my photos.  Those will be fun to go through at some point.  The only one I snuck a peek at featured this picture of me at a party on a boat.  Hello sailor!  What’s going on with that fringe?!  This was in 2001… 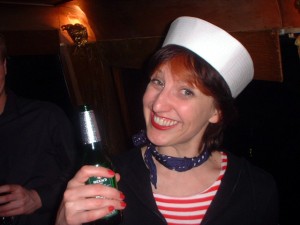