This recipe looms large in my legend as it is the first thing I cooked for Mr Rathbone. We met in 2013 on a blind date set up by my neighbour Chloe.  We hadn’t seen photos of each other, and I had absolutely no idea what he would look like.  A match not arranged by computer!  We each agreed to carry a book so we’d recognise each other in the throng of the Hawley Arms in Camden.  His was a copy of Saturday Night and Sunday Morning, 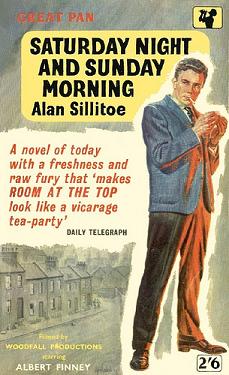 and mine was A Particular Friendship by Dirk Bogarde. 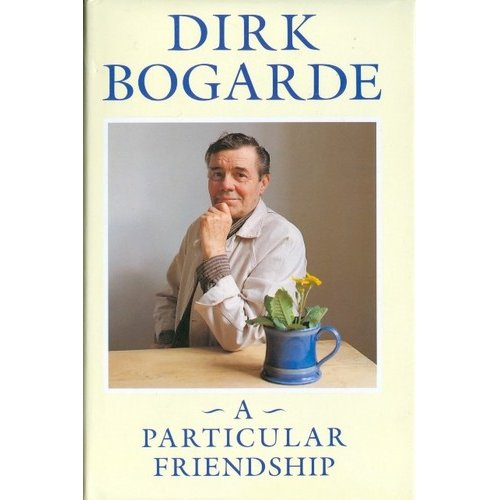 The first date was a blast and I decided to throw caution to the wind, so our second date was dinner at my flat.  This was unheard of in my eight years on the dating scene.  Other fellas would have had to put in quite a lot of legwork before I’d get them over for dinner, but obviously, Mr R was different.

I made Dirk’s Chicken Clermont, and the rest my friends is history. 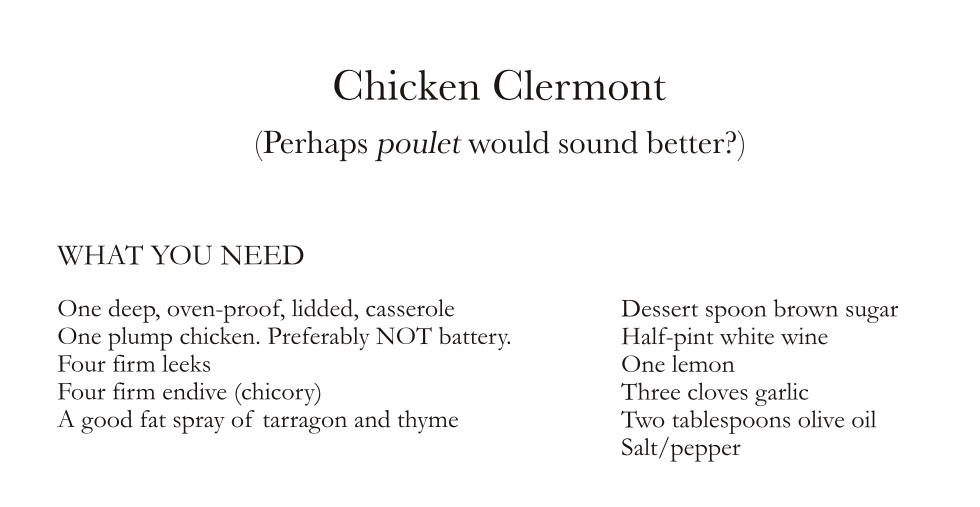 On another momentous occasion this week, my first dinner party since the pandemic began, I had Cathy and Becky over for Chicken Clermont.  This time I made it in my big slow cooker. 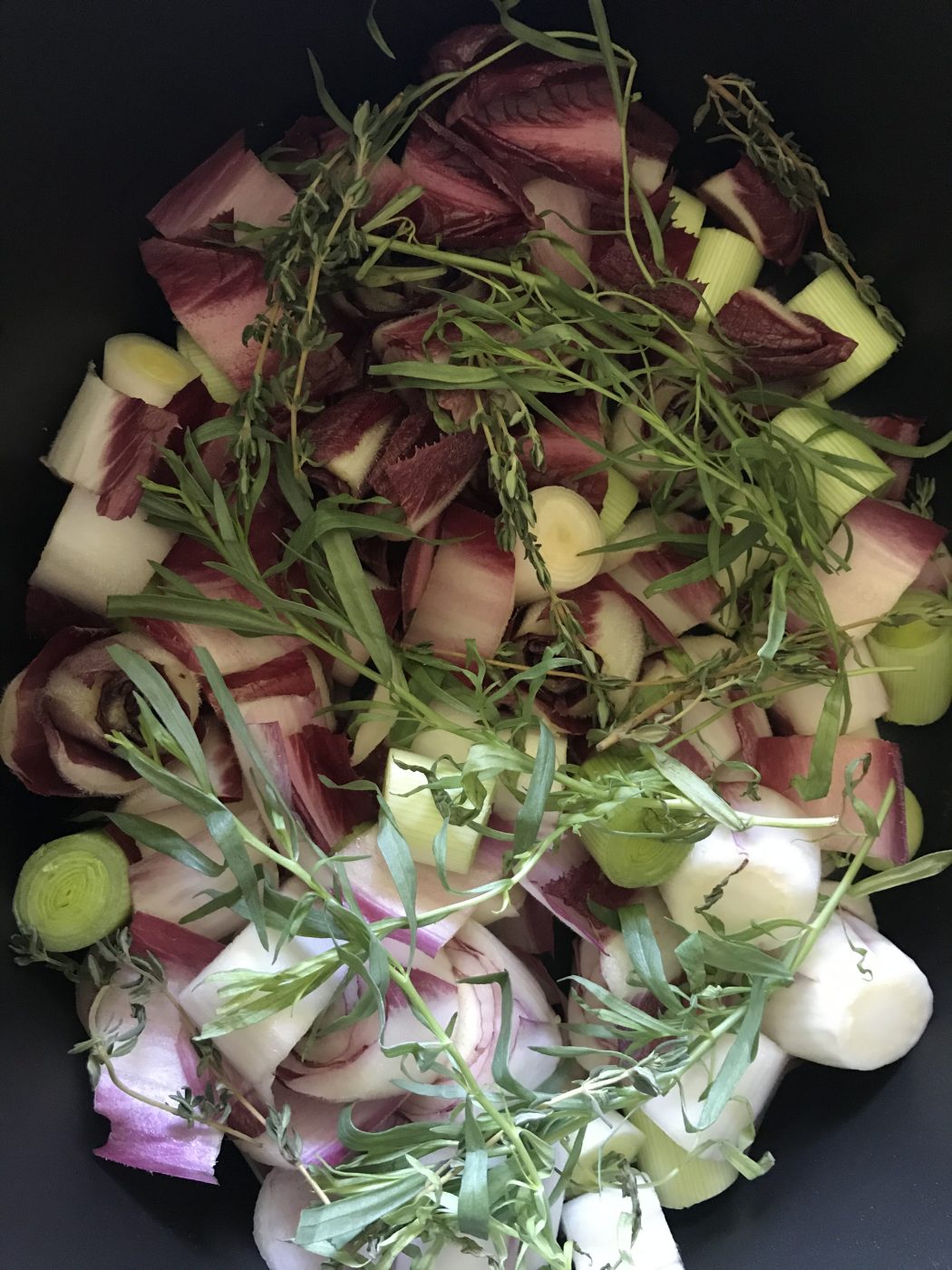 It’s such an easy dish to bung in and leave on high for 4 hours on a working-from-home day. 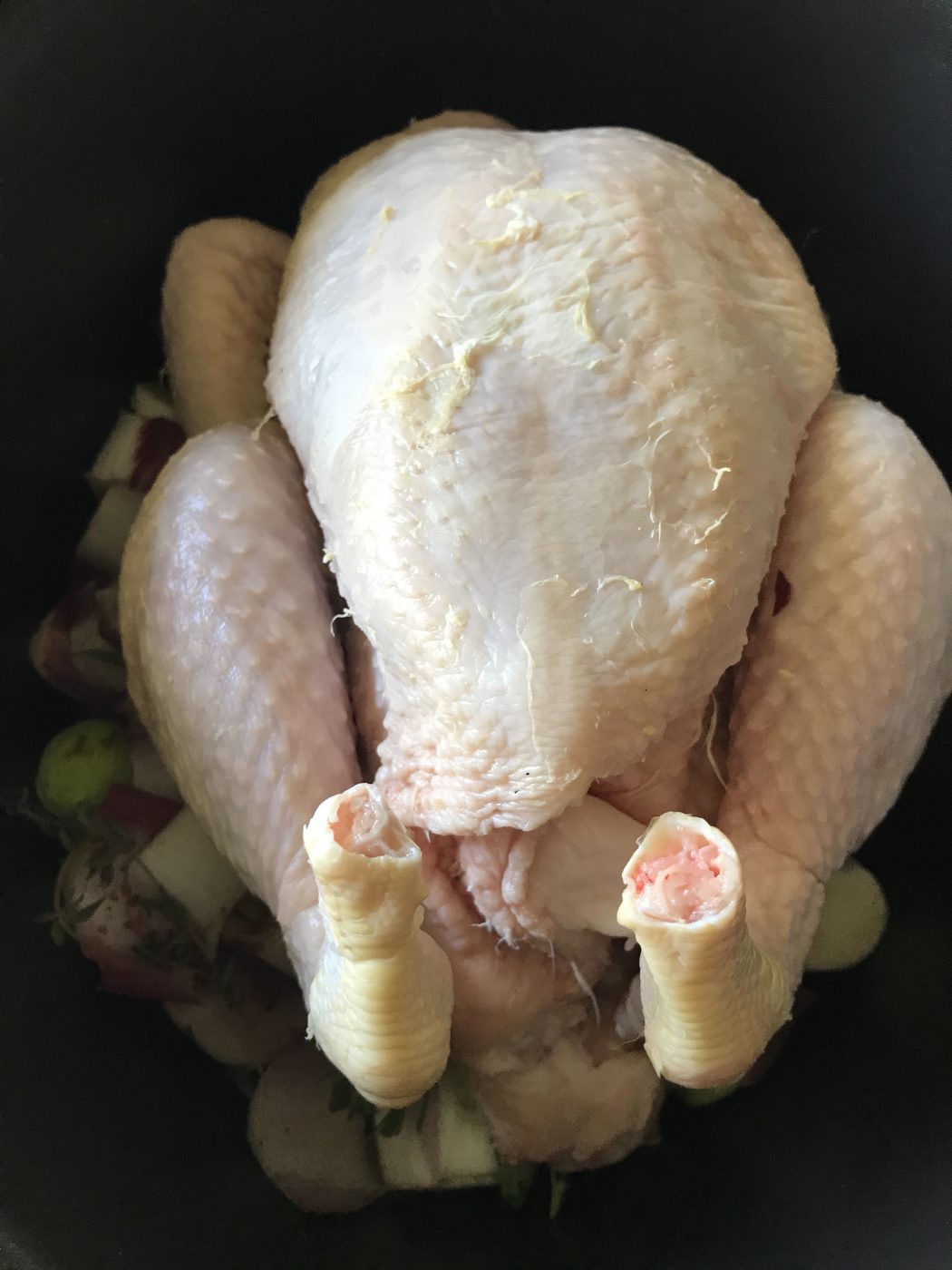 The chicken was beautifully poached, and I stuck it under the grill to crisp the skin up. 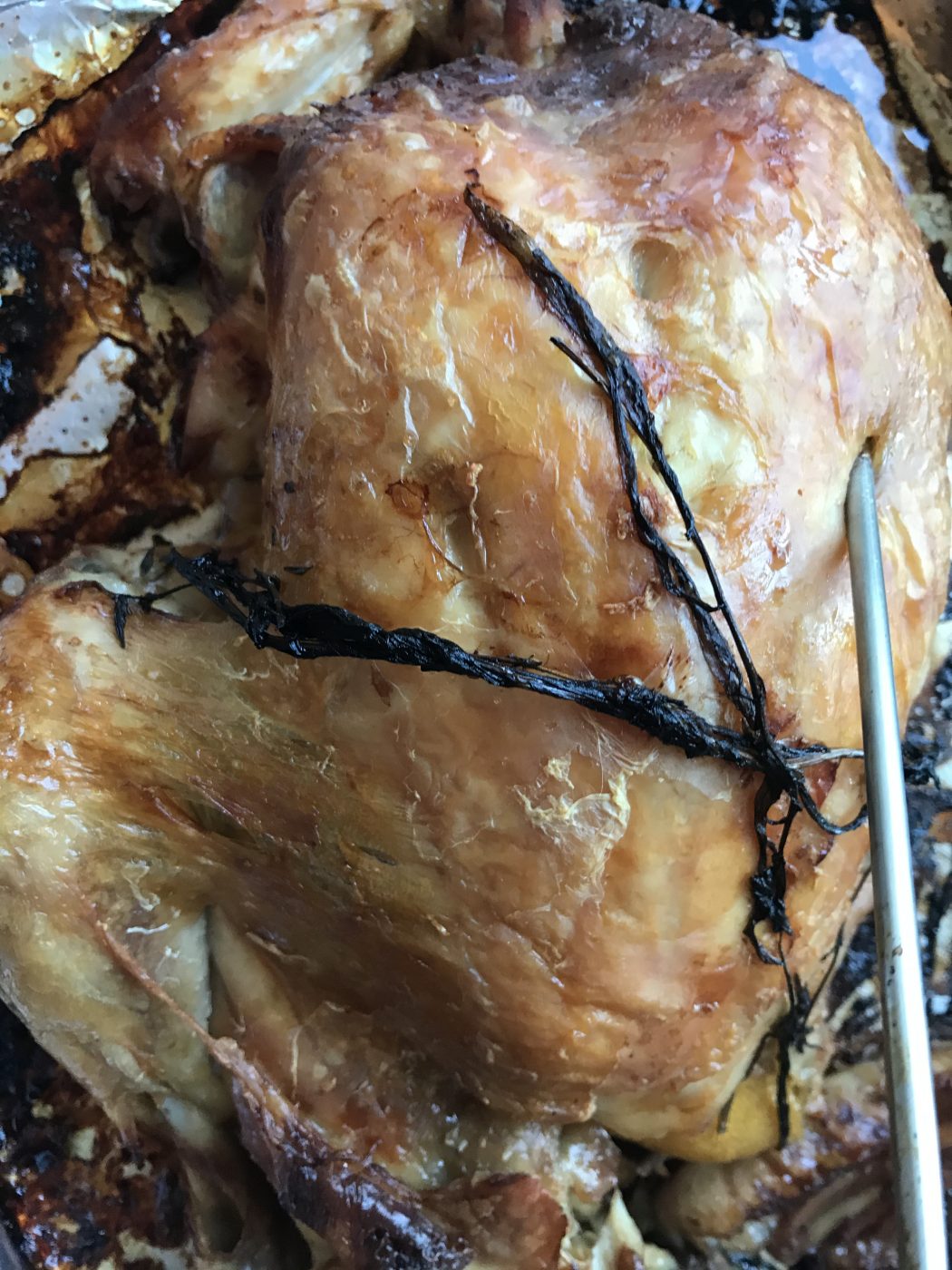 I served the chicken with boiled taters as Dirk suggested and some of Vincent Price’s Petits Pois a la Francaise. 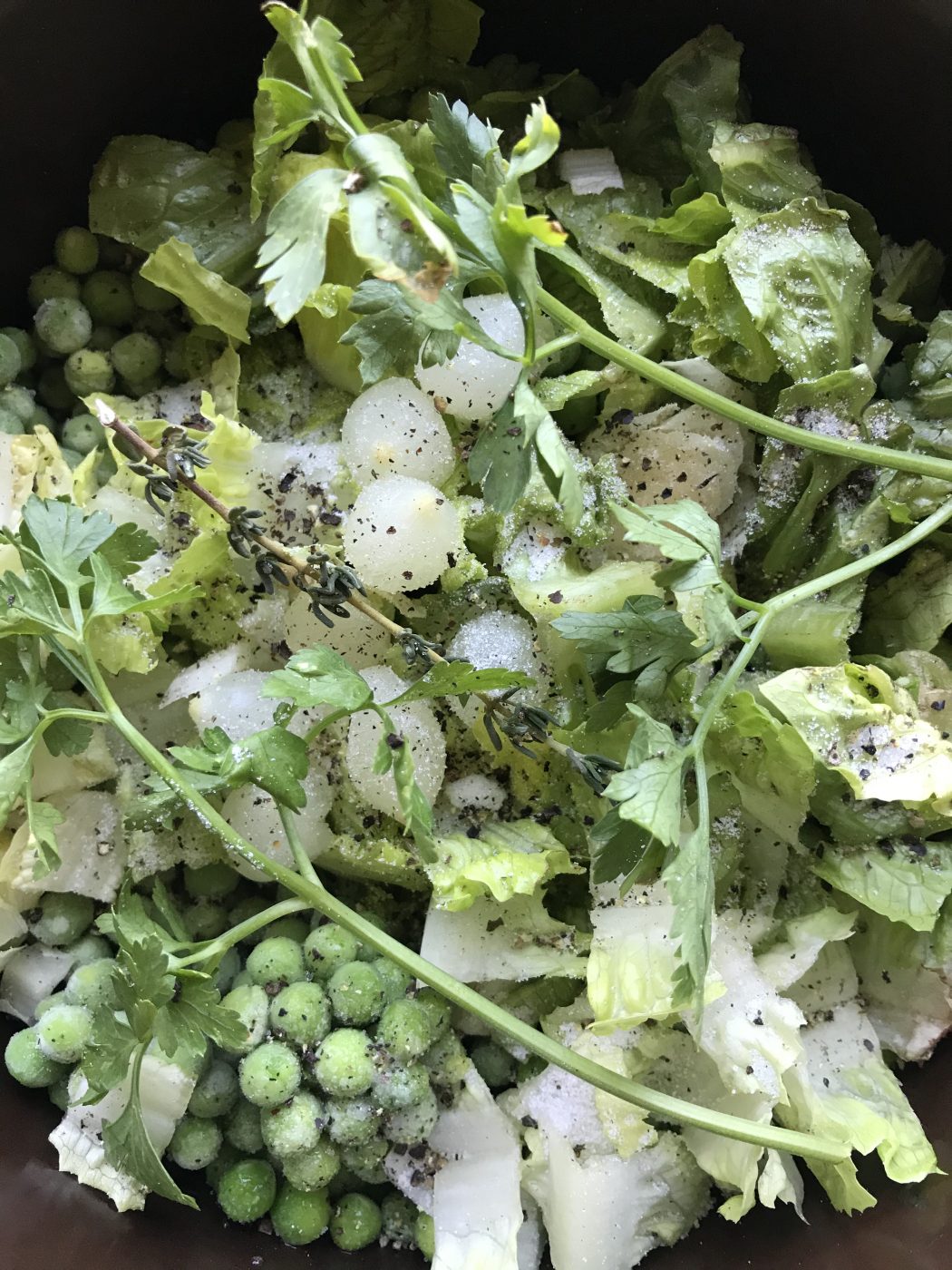 As Julia Child put it, the meal was of a “perfection historique” – even if it was not very photogenic. 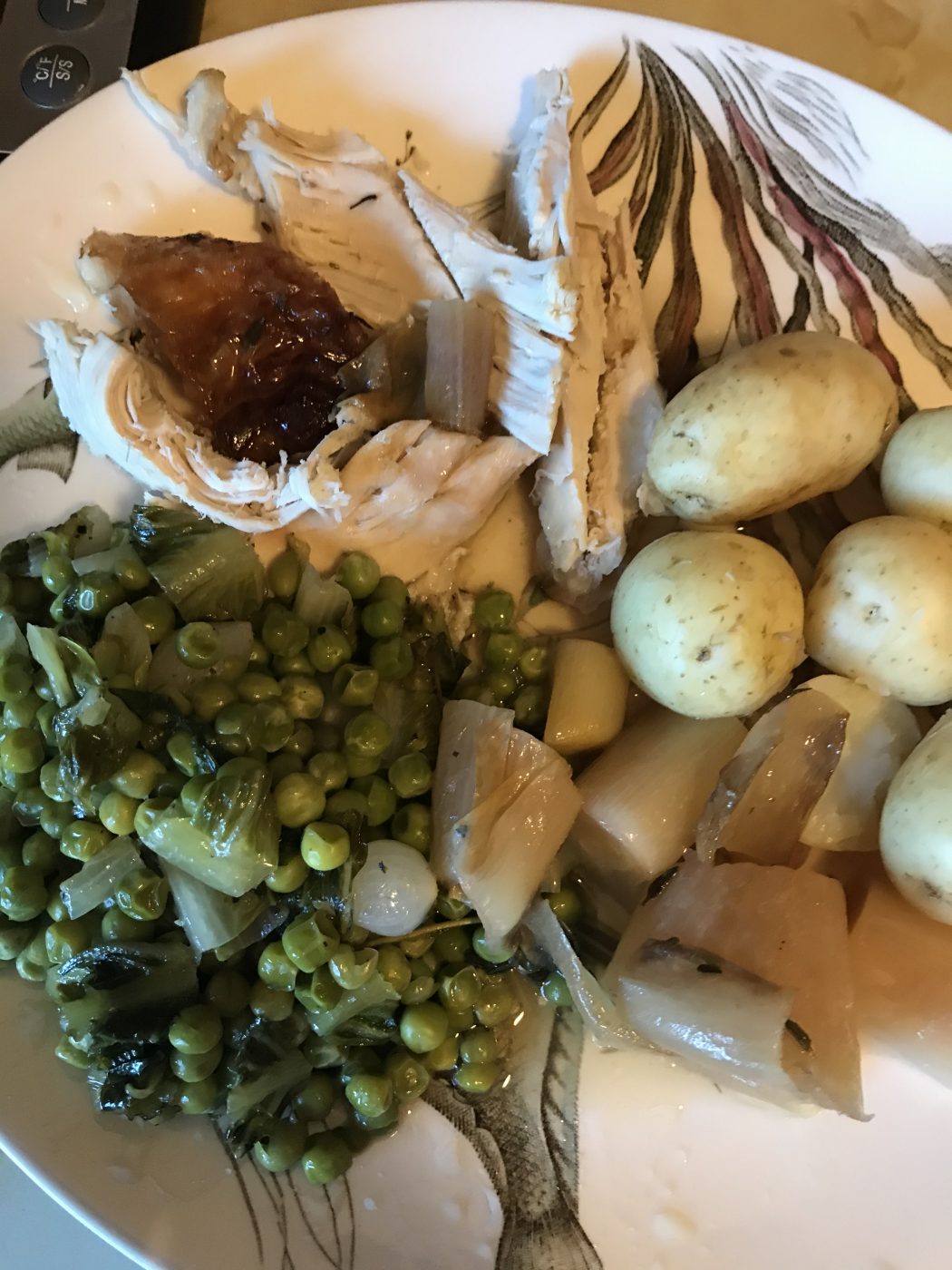 It felt SO GOOD to have people around my dining table again.  I hope I manage a few more occasions before we go into another lockdown… 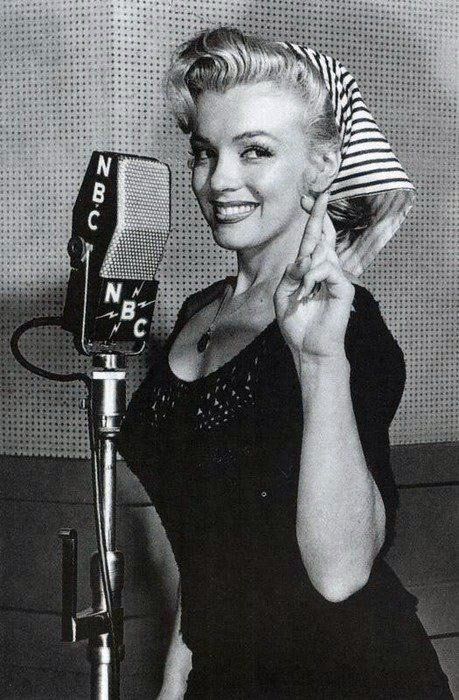 I am fascinated by Dirk Bogarde, A Particular Friendship is one of my favourite books, and his memoirs are brilliantly written.  If you want to know more about Dirk, a brilliant place to start is this fantastic BBC Culture article.  It was thanks to the London Writers’ Salon early morning Writers’ Hour, I got a tip off about this as the author Sophie Monks Kaufman is often scribbling away in the zoom room with the rest of us.

A mention of this article gave me the impetus to make Dirk’s chicken again, so thanks, Sophie! 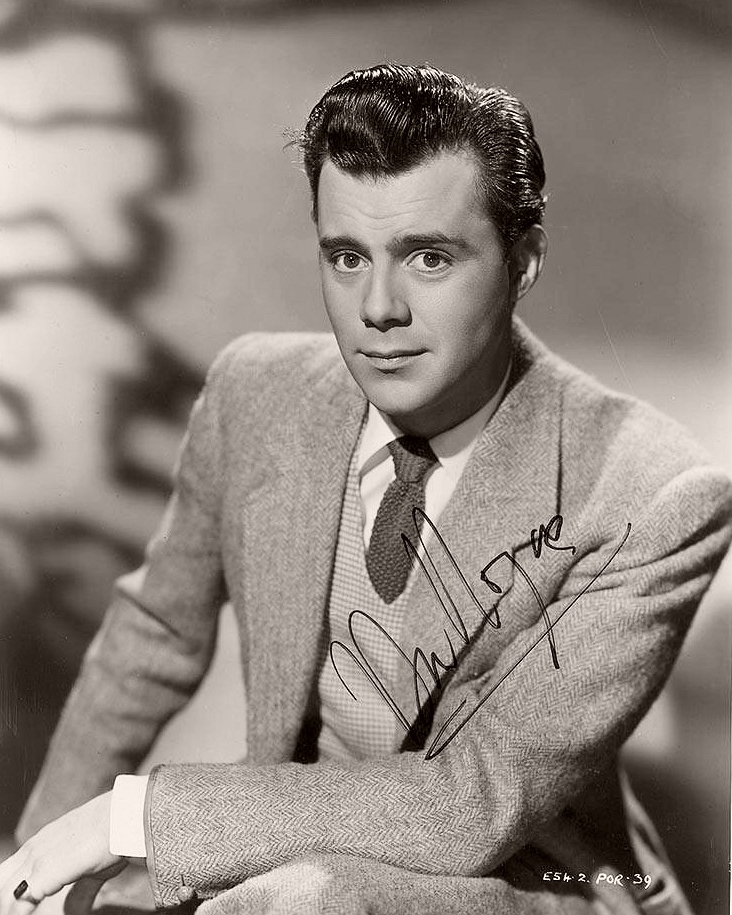