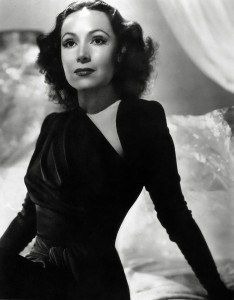 “Beauty does not come with creams and lotions.
God can give us beauty, but whether that beauty remains or changes
is determined by our thoughts and deeds.”
Wow, Dolores you are a wise, wise woman. I shall only think beautiful thoughts and do beautiful deeds from now on.

Edmund came to dinner last night and much fun was had. It was the first time I’d made Dolores’ chicken dish and Edmund enjoyed reading the characteristically bizarre recipe. He was much amused by the fact that the stock was supposed to be made from veal knuckle and mixed vegetables with the exception of celery. Why no celery? Because Dolores no likee celeree we decided. He was also amused by the fact Dolores said to throw the unwashed rice in a pan and fry it until it was “tea colour”. Who knows how Dolores took her tea? We let it get to a kind of “tea with a dash of milk” colour.

Anyhow it was absolutely DELICIOUS and much more appropriate for the book than her Enchiladas – with or without the veal knuckle. Edmund had brought along “Flying Down to Rio” which we half watched and half gossiped through. When we were almost at the end Edmund started obsessing about the fact that there should have been a song called “Orchids in the Moonlight” somewhere or another in the film. He insisted on rewinding then fast forwarding while we searched for it. Every time Dolores appeared on screen I waited until she opened her mouth to speak then bust out with ORCHIDS IN THE MOONLIGHT in a strangulated falsetto. All very amusing when one has drunk three packs of Coronas between two!