Coo, this was good!  I needed to test this one for the Murder, She Cooked book, and Easter weekend seemed the perfect time for it.  Eddie’s recipe is as vague as they get, and I wanted to make it clearer for those who fancied cooking it and watching Eddie play Shirley Jones’ hubby in the episode called The Body Politic. 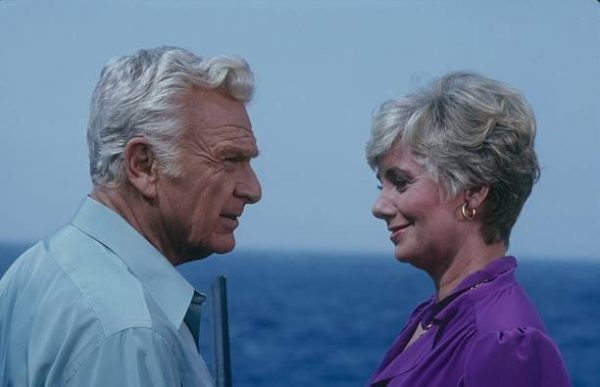 What a couple!  Eddie is in Columbo too, and this recipe appears in my Cooking With Columbo book with the following headnote, “Eddie’s recipe is vague about quantities, but it’s the kind of marinade you can make by using your spider sense! It would be difficult to mess this up. Go freestyle!” 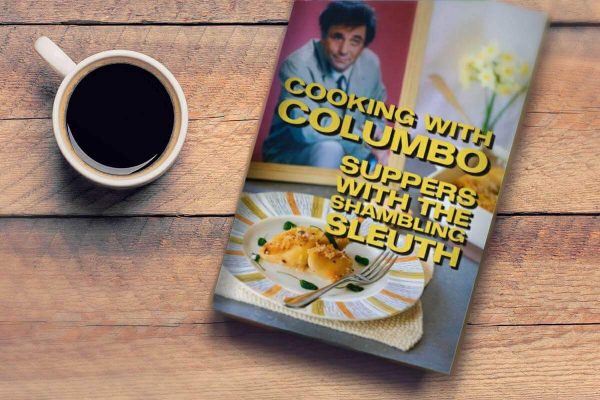 It’s true, but for those who like a bit more clarity in their recipes, see my notes about ingredient amounts below.  I laughed the morning after I had made this dish to see my scribbled notes (on the back of the envelope that contained my jury summons), so have typed them up NEATLY for you. 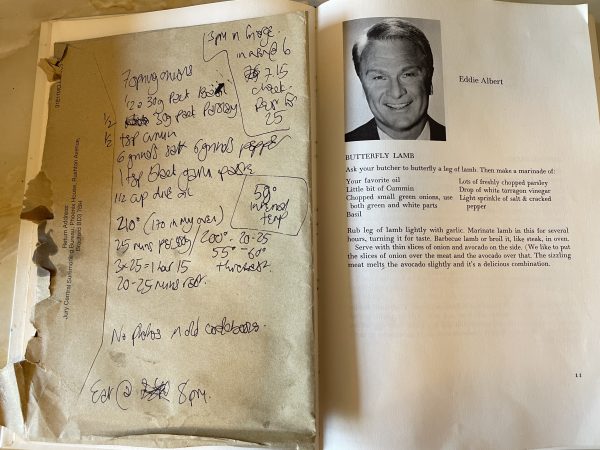 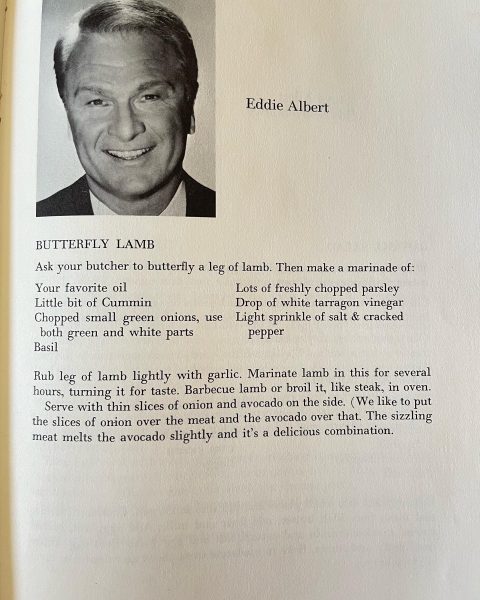 and there follows some process photos to give you eyeball amounts.  Bear in mind though that I used HALF a leg of lamb.  Thank goodness Mr R was with me at the butchers.  He quite rightly said that a whole leg was too much, imagine how much it would have cost to buy a whole one, when a half was almost £50! 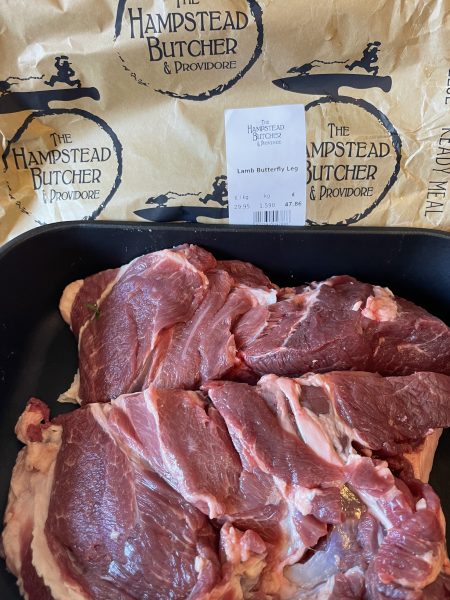 It was worth it though, this lamb was lush  So here’s how I made Eddie’s recipe with half a leg – double this if you are using a whole leg.

First, I rubbed a teaspoon of black garlic paste into the lamb. 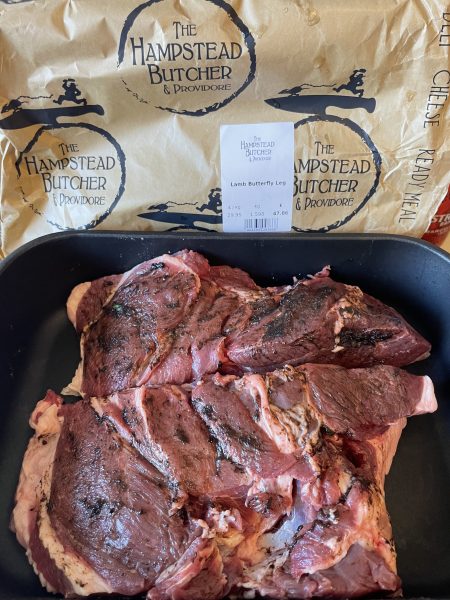 For the marinade I used a whole bunch of spring onions, about 15g basil and 15g parsley, 1/2 teaspoon of cumin and 1/2 cup of olive oil.  I was very pleased with the amount of marinade to meat ratio, I reckon it was all about right. 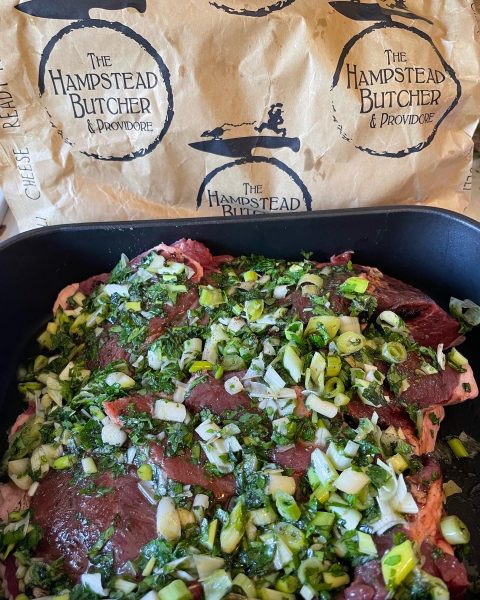 My homemade tarragon vinegar has been gathering dust for many years, it’s like a fine wine! 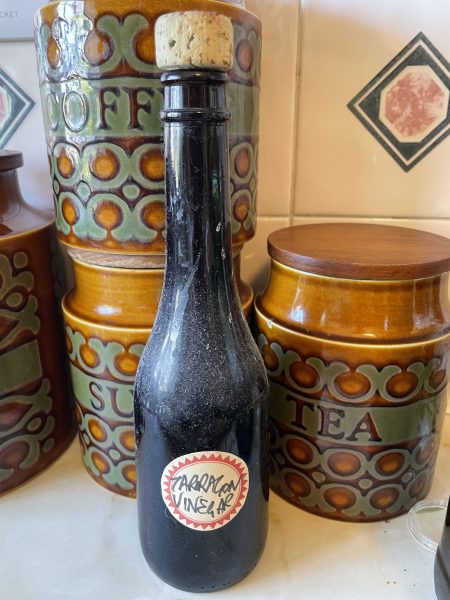 Final verdict?  Utterly delicious!  Recommended.  Especially if you like the idea of the slightly weird serving suggestion of avocado and onions – it works! 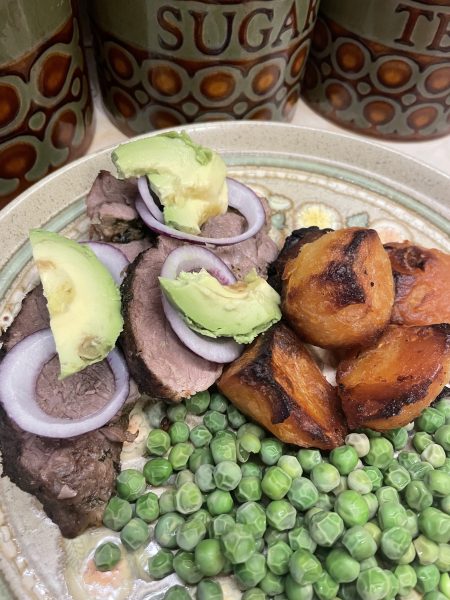 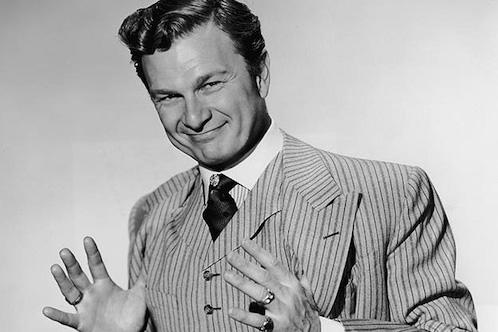 Look how handsome Eddie was in his youth! 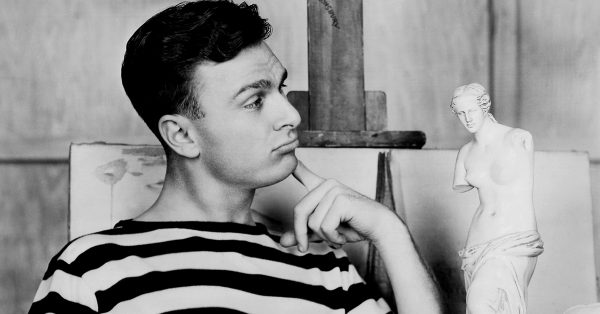