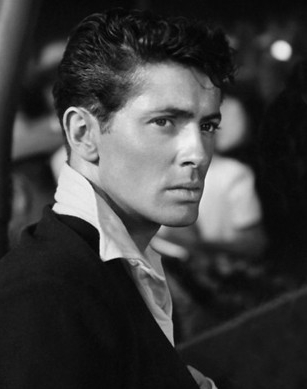 I had a lovely surprise recently when I went to Jan and Diana’s house to celebrate their 20th wedding anniversary.  Jan had made some baked potatoes using the Farley Granger recipe I’d featured on the blog way back in pre-pandemic days – little miniature ones! 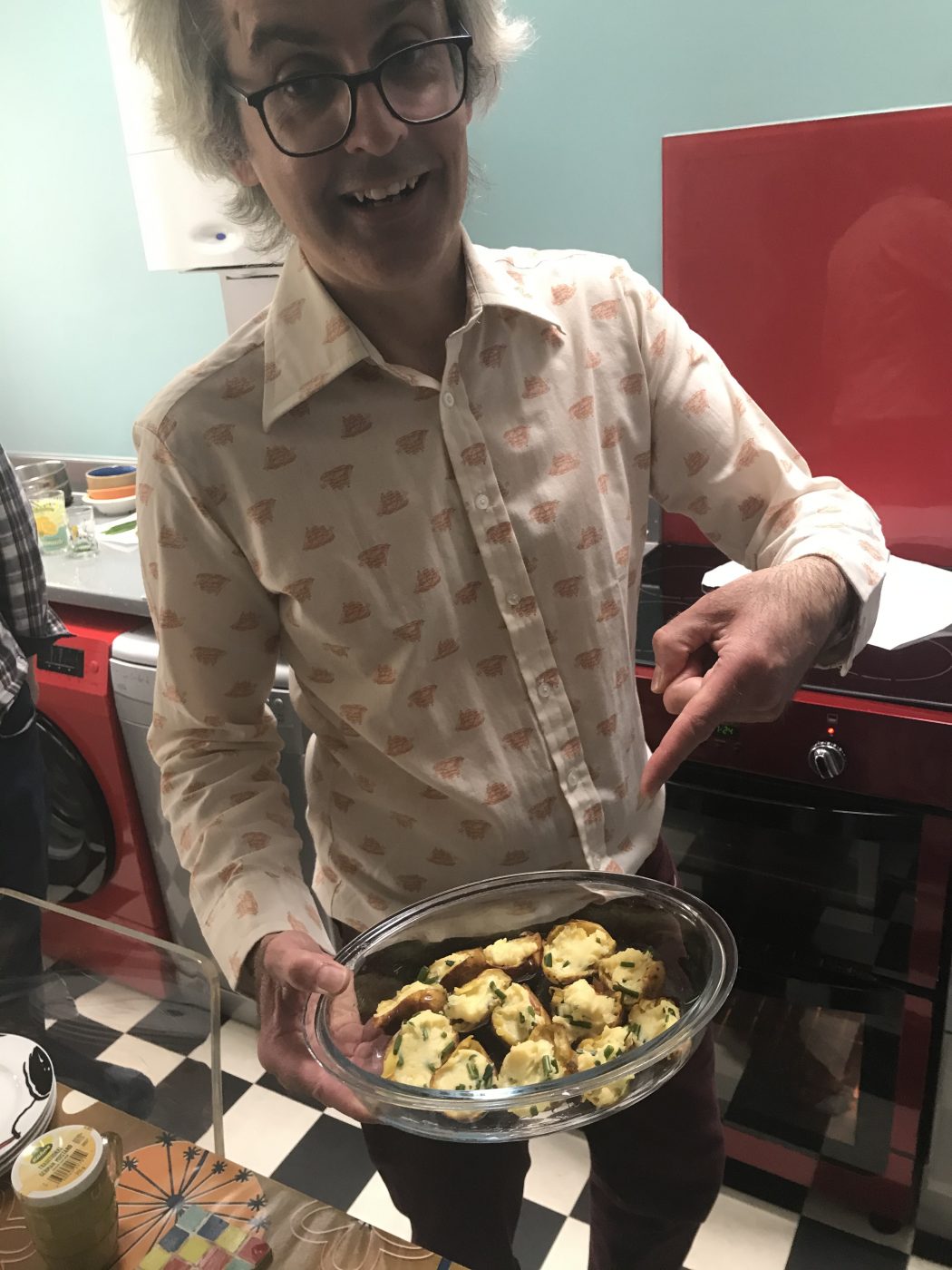 He told me that he has made this recipe a few times and that made my chest puff up like a pigeon.  When anyone tells me they enjoy the blog and they have made something from it, this takes the edge off the odd mean comment I get from the haters.  Raspberries are blown in their general direction. 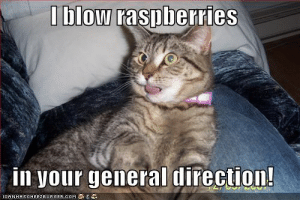 He also made fried halloumi in a little red deep fat fryer, I was quite jealous of this device and very impressed with his halloumi chips.  I ate loads of those, and loads of the mini-potatoes too.  Jan kept pulling more and more of them out of the oven like a magician. 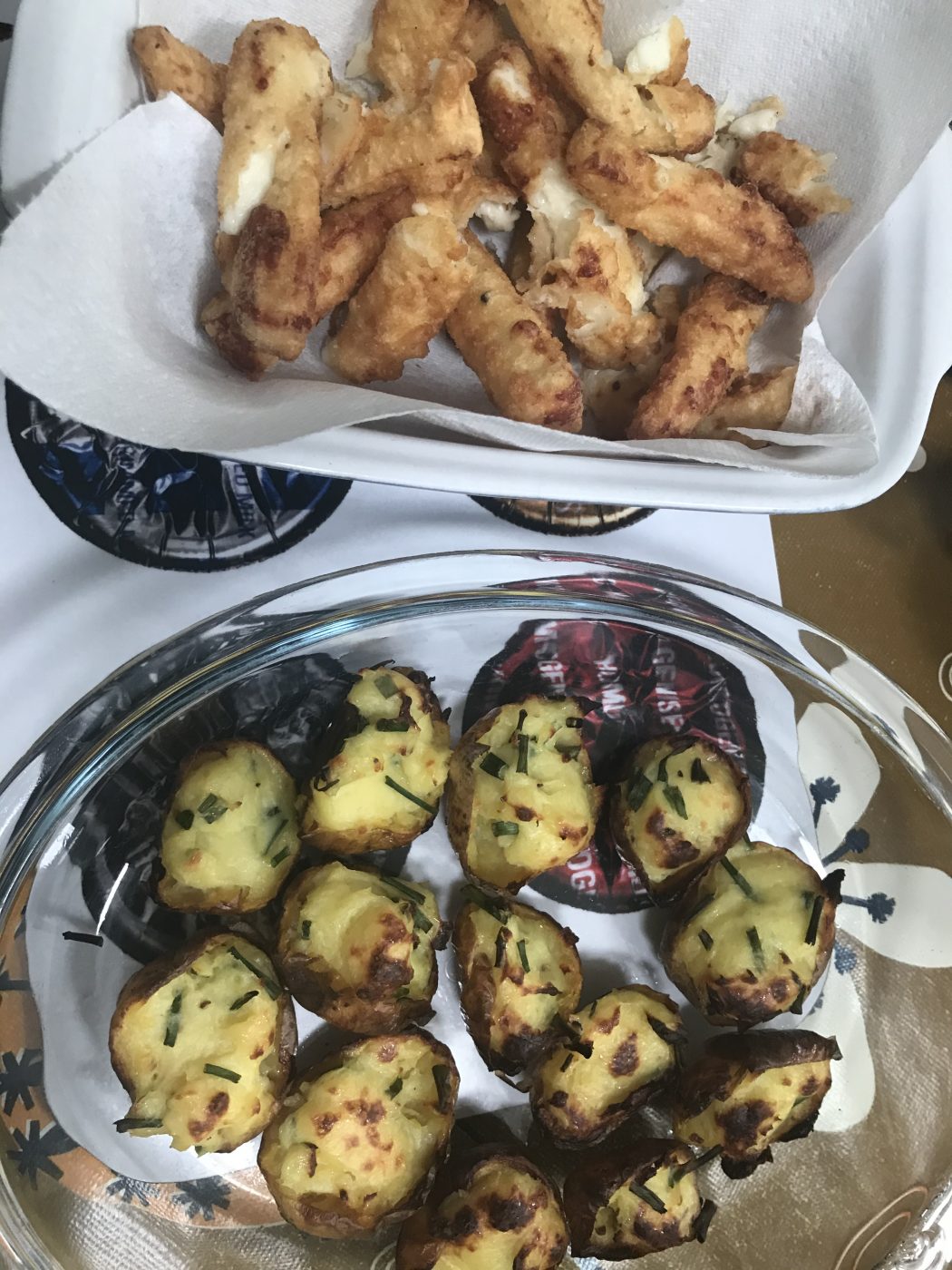 For all you fans of the Dylan Rabbit here’s a quick announcement – they have a gig on the 2nd December at The Water Rats here in London.  I believe Jan is in the process of making another egghead as one got smashed to smithereens for one of his film projects… 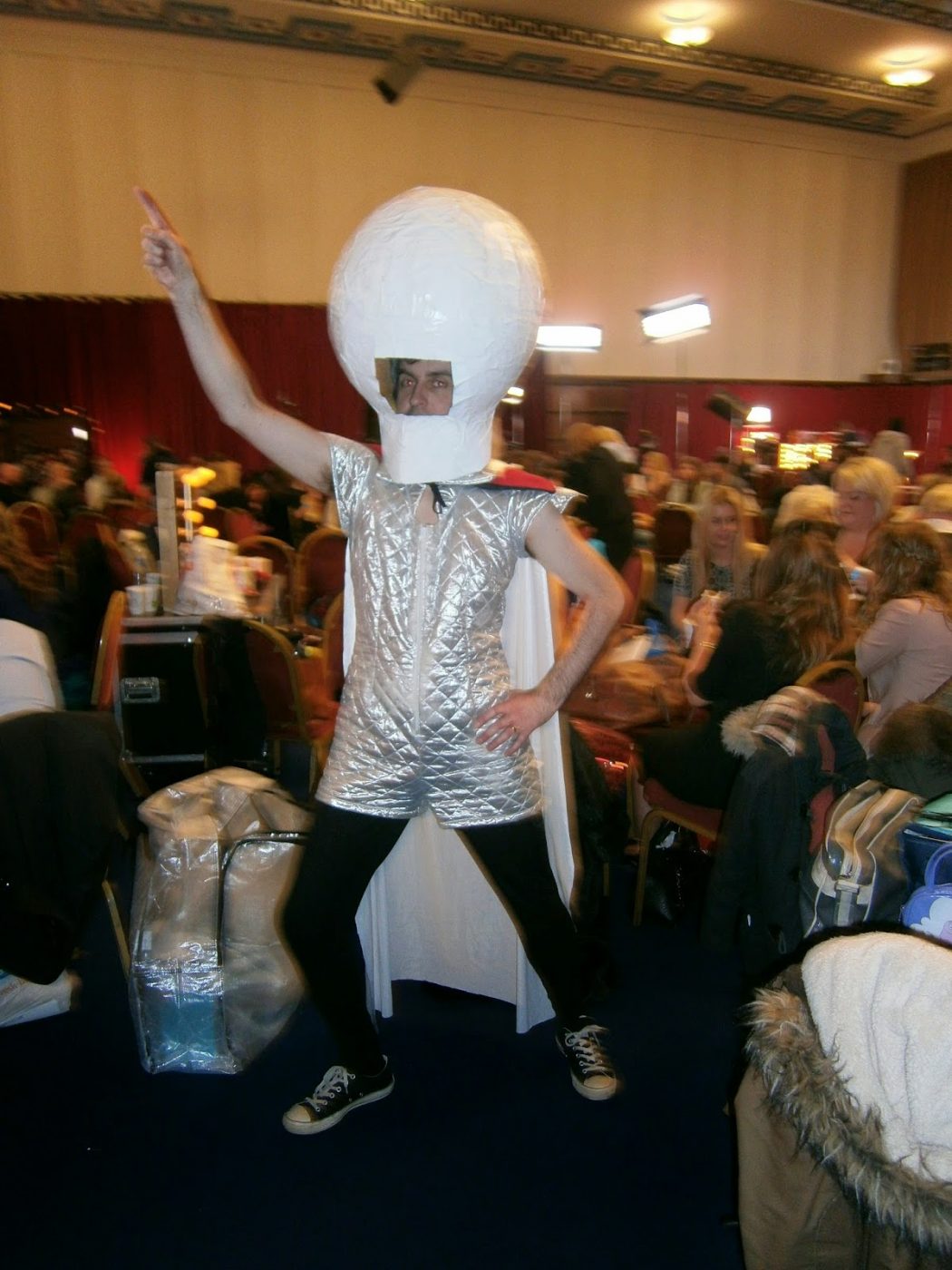 What a creative force that man is!

For all of you who fancy making mini or full sized versions of Farley’s baked potato, here’s his recipe.  Jan says it is a it fiddly to do with little potatoes but I say it is well worth it.  They were fab. 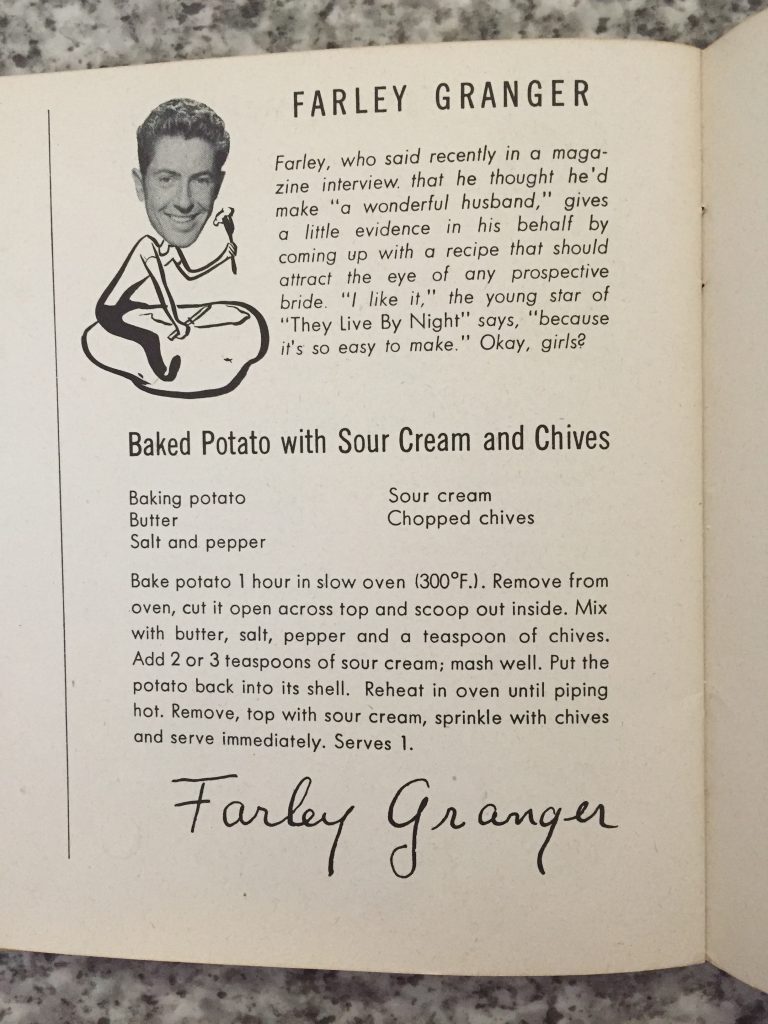