George’s recipe sounded very tasty on paper, and indeed, the result was really good.  But it is a tricky thing for a Brit to make due to amount of things our supermarkets don’t have in common with American ones… 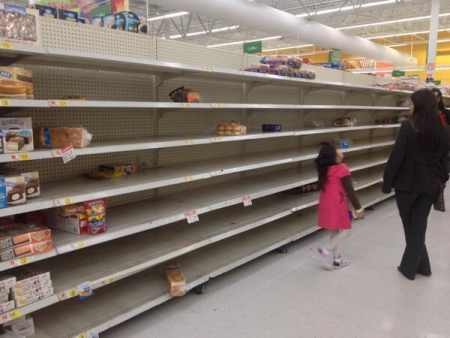 I have moaned away on this blog before, about the fact we can’t get frozen orange juice here…

I have read all about making an equivalent by boiling orange juice until it reduces to get a similar effect, but time was short when I made George’s dish…  I used ordinary orange juice and boosted the flavour up a bit with some orange flower essence.  Also hickory salt is something I have never seen on these shores, I used some smoked sea salt I’ve had hanging around the place for eons and have never opened…

Plus liquid smoke is a bit of a mystery to us, not really having the weather for barbecues every five minutes, but this I managed to get via the internet. 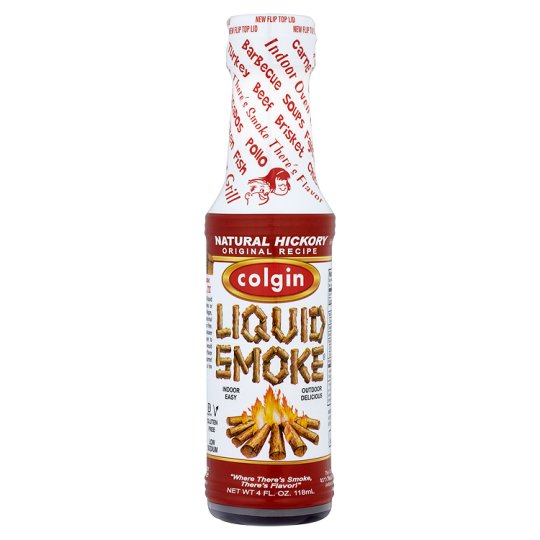 The resulting chicken dish was really tasty and I’m definitely going to make this one again.  I made copious notes on exactly what tweaks I made on a scrap of paper which is around the place here somewhere, and I’ll come back and add them in when I find it.  My flat is a MIDDEN at the moment due to some filming at the weekend.  There will be a COOKING DEMO FILM sometime soon my lovelies.  Can you guess what I made? 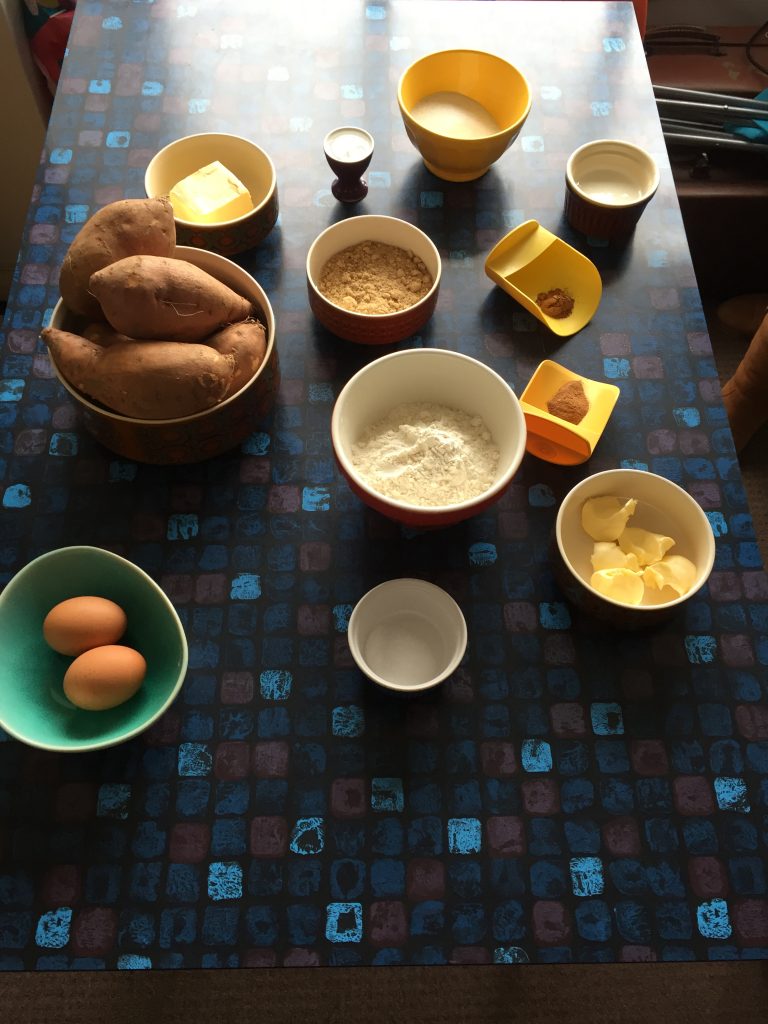 So here’s a terrible photo of George’s chicken dish… 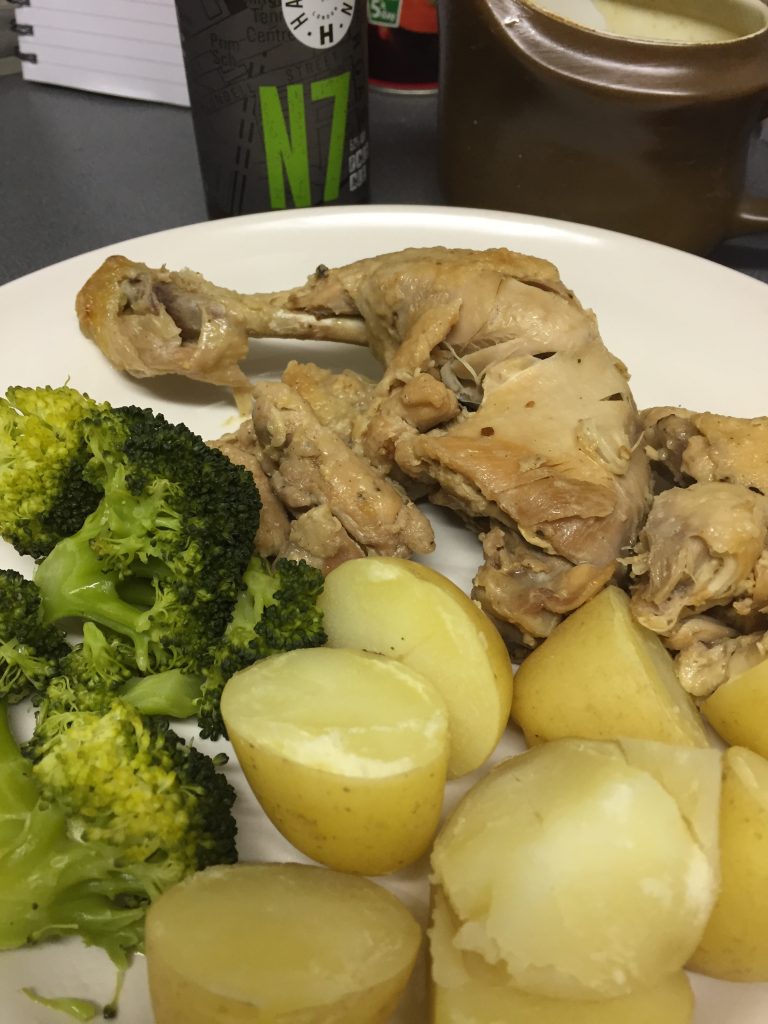 Cut and disjoint chicken.  Shake with flour, salt, and pepper in paper bag.  Brown in oil in a large fry pan.  After chicken in browned on all sides, pour off all the oil and add the beer.  In a separate pan, beat chicken bouillon cube, honey and orange juice together until cube is dissolved.  Then pour over chicken.  Add liquid smoke, hickory seasoning and garlic salt.  Cover fry pan and cook chicken over low heat for about two hours or until done. 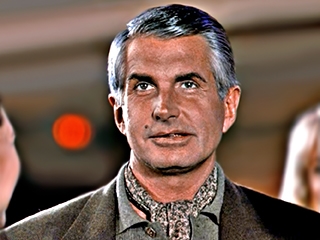 Well worth a try, especially if you can get frozen orange juice!