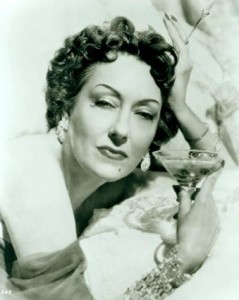 The cake is made but there is much more to do before everyone arrives at 1 o’clock for the Sunset Boulevard extravaganza. I should be getting on with it but I MUST report on my date last night with the New Yorker.

He took me to dinner at Nobu. A place I didn’t think someone like me was allowed to go into…

We were supposed to just meet there for a cocktail and when he asked me if I liked sushi I didn’t get the chance to say, “it’s my least favourite food” as he was already halfway up the stairs trying to secure us a table. This he did, best seats in the house and I felt like Julia Roberts in “Pretty Woman” as he ordered all kinds of revolting sounding things for us to eat and instructed me on the best way to hold my chopsticks. I did try and stick up for myself by saying, “I learned to hold them the Essex way” but I don’t think he got the cultural reference.

Despite my horror at the idea of eating eel, I have to admit that this was – without a doubt – the most delicious meal I have ever eaten – bar none. Everything was DIVINE including the squid with its gelatinous suckers. At one point I pointed with my chopsticks at some unidentified crispy things sticking out of a crab roll, “what’s that?” I asked, “crab” he replied. “What, his little legs and everything?” I asked, amazed that there was a miniature half a crab in crispy batter just sitting there for me to eat. So I did, his little legs and his little claw – just like that!

When my date asked if I liked fat salt pork I didn’t get a chance to say that my only experience of it was trying to buy some (and failing) for the Bette Davis’ Boston Baked Beans recipe. I was wary of it at first – thinking it would be all fatty like spare ribs but I can honestly say it was the most delicious thing I have EVER eaten. From now on that would be my death row meal request. Just one single square of that.

I can’t even begin to tell you where we went after we had eaten, but I CAN tell you that at one point I could see Rosalind’s 9th floor flat WAY BELOW ME as I was 385 feet above London!

PS – for those who know Nobu – of course the piggy thing I ate was pork belly not fat salt pork. I am an INGENUE!