I had fully intended making Jack Cassidy’s “Trout in a Pouch” tonight but completely forgot to buy Chablis.  I didn’t think some old bit of undrunk, unidentified white wine hanging around the place would quite do, so that will be for tomorrow’s tea instead.  I’m trying for three booze free nights this week but I’ve decided that a few drops of Chablis in the pouch, on the trout, won’t count.  As long as I’m not tempted to drink the rest of the bottle “to go with it”.

When I was a teenager I loved it when my dad decided to whisk my mum out to dinner at a moment’s notice.  Mainly because I usually got to go with them.  Their regular haunt was an Italian restaurant called Luigi’s.  My dad always had steak with mushrooms and onion rings and for pudding Rum Baba.

I always had Trout with Almonds.  I can’t remember what my mum had, probably because she was more adventurous than me and my dad, and had different things every time I expect.

So tonight when I realised I didn’t have an essential ingredient for Trout in a Pouch (great name for a recipe) I had a look for another film star recipe, and went for this one as it only had three ingredients, all of which I had.  Plus I have fond memories of it at Luigi’s.  So here is my nice fishy walk down memory lane courtesy of Gordon. 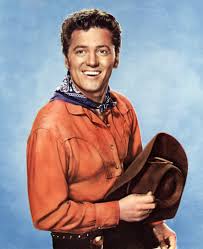 I baked my fish in a foil pouch rather than frying it because I thought the smell of that might make the neighbours’ cat go (as my dad would put it) beserky-plonk.  So I dotted it with butter, added a pinch of sea salt and a few grinds of black pepper and wrapped it up. Oh, I had some cherry tomatoes that needed to be used up so I popped them in the pouch too.  Pouch poppers.

I was making cauliflower and broccoli cheese so I just cooked them both together for the same amount of time (25 mins in a 175 degrees C fan oven) and it was all perfect.  I always use the cauliflower cheese recipe in this book when I decide I need some (for cauliflower cheese is a basic need sometimes): 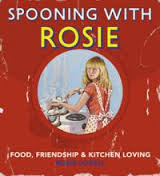 So here’s Gordon’s recipe.  His trout is simple but lovely.

Dress trout, then split down centre, and fry slowly in butter.

When completely cooked, bone the trout, leaving on head and tail.

Slice almonds thin.  Fry in butter.  When crisp, spread on top of trout.

Voila!  Or whatever voila is in Italian… 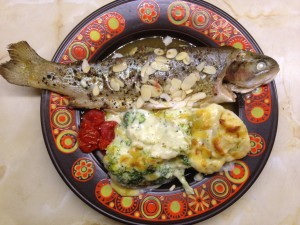