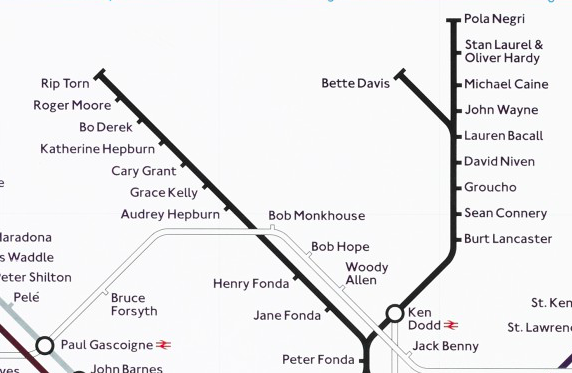 Ah, the beloved Great Bear Project!  Our bid to cook our way through the 21 movie star stations as imagined by artist Simon Patterson on the two top spurs of the Northern Line is done.  BUT, I still have to write up 5 of them. I am playing catch-up. 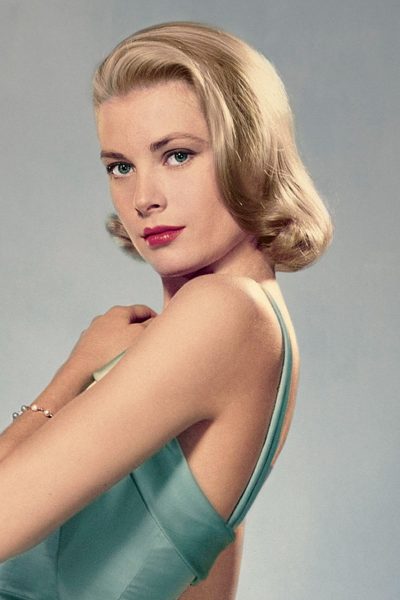 What can I tell you about the Grace Kelly escapade?  NOTHING because it’s so long ago now it’s all lost in the mists of time.  Therefore, I must turn to my photographs because July 2021 is to me, a donkey’s age ago. 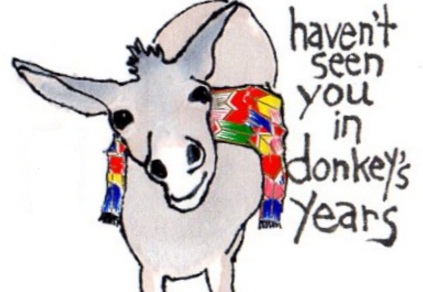 I see that I made mini Pissaladières on toasted muffins to Grace’s recipe with those lovely marinaded anchovies you can get in a tub from Waitrose. 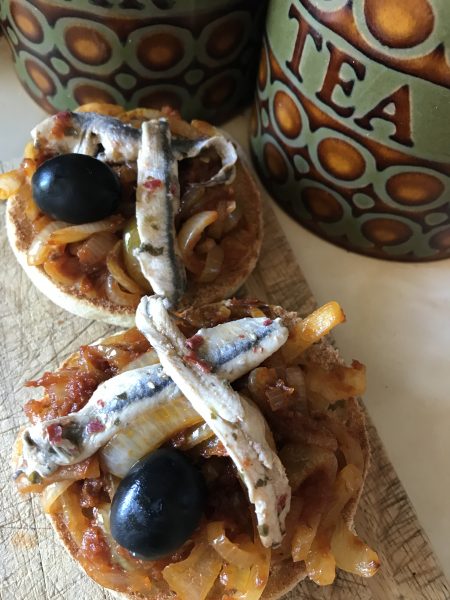 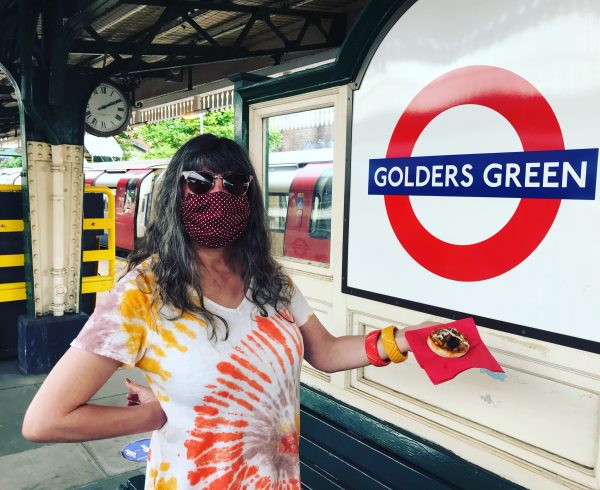 I don’t have any photos of us scoffing them on the platform, but I bet we did.  Here’s me attempting to look alluring outside the station though… 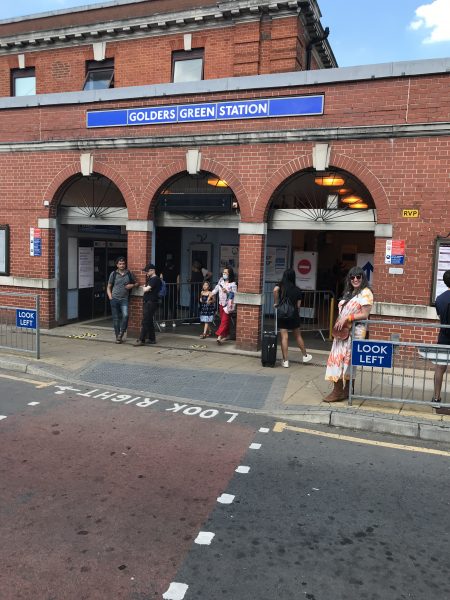 There is evidence of a Sunday lunch somewhere afterwards… 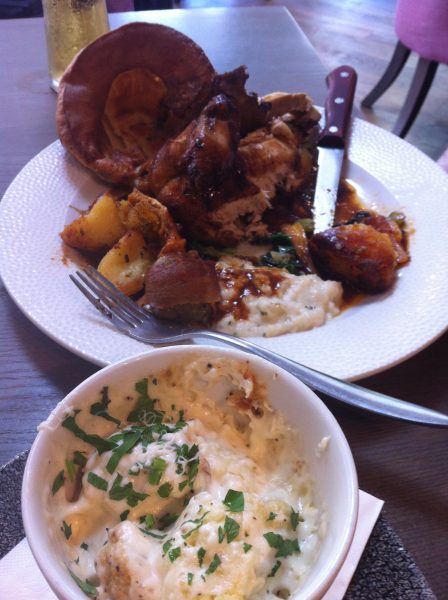 But I will have to ask Mr R to remind me where this was.  I do remember it being a very weird time, I have a feeling it was the first time we’d had Sunday lunch in a pub since the pandemic began, there was something odd about it for sure.  It might have been here… 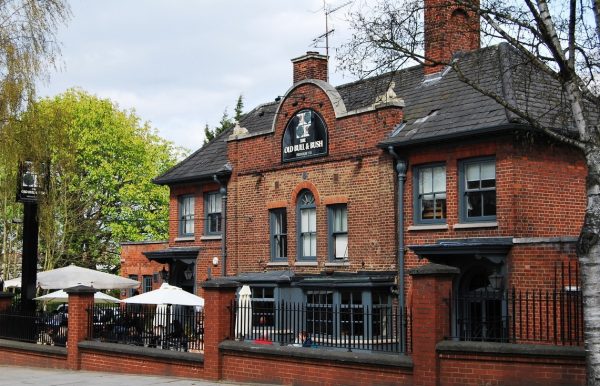 The Old Bull and Bush in Hampstead.  Now I’ve read Mr Rathbone’s factoids (see below) I am sure of it.

I know the Pissaladière was good, because it’s onions, tomatoes, anchovies and olives!  Not sure about the base (you can see how that turned out when I made it in 2020) but on a toasted muffin the topping is fab. 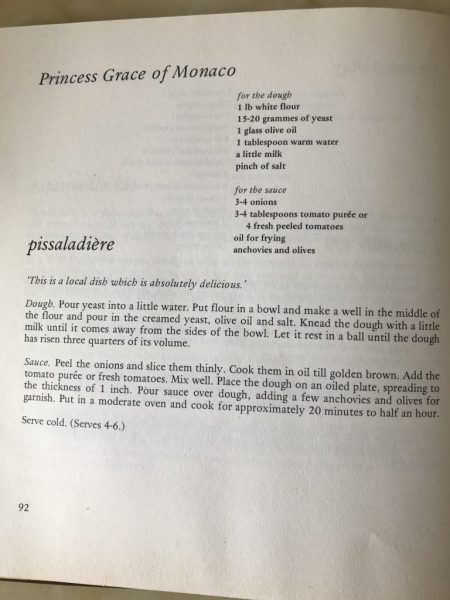 Now for the factoids! 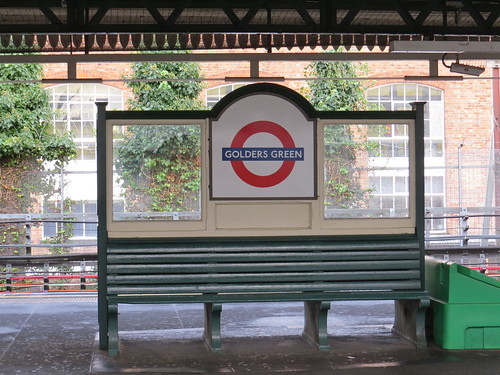 With much of its handsome green ironwork and white wooden canopies still intact, Golders Green still looks very much like the suburban terminus that first opened in June 1907. At that time the surrounding area was a sparsely populated rural Middlesex hamlet, but this important link to the city, West End and beyond soon stimulated a building boom, and the station and it’s adjacent bus and coach terminus became a bustling transport hub. There were even for a time, special ‘theatre’ services running non-stop between Hampstead and Euston stations. 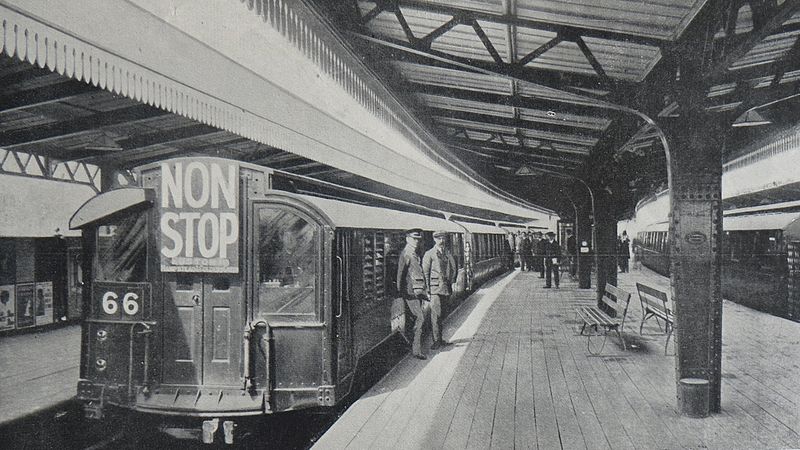 Golders Green also remains the principal depot for this branch of the Northern line, despite the subsequent extension to Edgware in the early 1920s, but the route might never have got further than Hampstead. Controversy concerning the effect that burrowing under Hampstead Heath might have on this treasured public park delayed the extension, and also put paid to the branch’s ‘ghost station’ situated between the two stops.

Although Golders Green lies safely beyond the woods, work had begun on North End station (often referred to as Bull & Bush after the famous tavern that still stands a short distance away) and this uncompleted stop would have had its surface entrance squarely within a fiercely protected conservation area, on the very edge of the Heath itself. Although only a staircase, lift shaft and part of one platform was ever completed, the station looms large in tube legend and has been variously rumoured to house London Transport’s emergency headquarters in the event of a nuclear detonation in the London area, and also one of the control centres for the Underground’s floodgate system. quite a pedigree for a station that never actually opened!

At 221ft (67.3m) below the surface, North End would also have had the deepest platforms of any station on the network. Instead that distinction falls to Hampstead, our next stop on the Great Bear journey.

Thanks Mr Factoid Man, see you again when we get to Hampstead!  When it will be Audrey Hepburn’s turn! 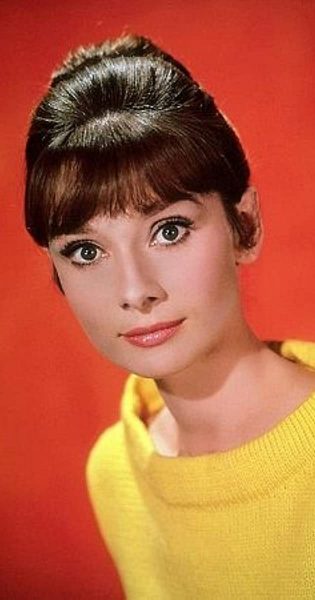 LINKS TO MY STAR-SPANGLED COOKBOOKS