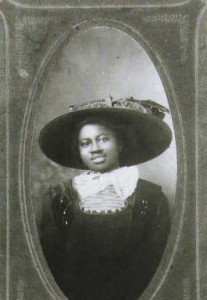 “As for those grapefruit and buttermilk diets,
I’ll take roast chicken and dumplings.”
Hell yeah Hattie!

In the first of my monthly Silver Screen Suppers extravaganzas today we had a FEAST proposed by Hattie McDaniel in a 1941 edition of Modern Screen Magazine.

It was a bit like cooking a Christmas Dinner. Elaborate but absolutely DELICIOUS. Luckily I had lots of helpers. Charley came back after beers in the old man’s pub last night and offered to assist. Although the lovely King had brought me back some Graham Crackers from the States I couldn’t get my act together to go to Maida Vale to pick them up (what was that New Year’s Resolution again?) so I used Digestives for the cake. Charley whacked a plastic bag containing over a whole packet of biscuits with vigour. The resulting cake was quite amazing. Picture viewable on the flickr site! We decorated the cake with candles and celebration glasses of So-Co (Southern Comfort). Birthday boy James said that it was like a massive Custard Cream.

The Cranberry Jelly in a mould the shape of a rabbit was weird but tasty. Dumplings aren’t my cup of tea but were enjoyed by the guests (Rosalind, Jimmy, James and Ava), the corn bread was corny and the chicken yummy. All in all I would say that this was probably the best meal I ever cooked!

“Gone With the Wind” was screened as I prepared the lunch. Rosalind screeched for me every time there was a classic moment and I legged it up the stairs for the best bits. I loved being in the kitchen, remarkably calm considering all the dishes I was juggling and hearing Ava in the distance laughing at the film. Rosalind said, “I’d forgotten how funny it is”, during the first half and then handed out some tissues during the second half for a big blub.

A wonderful, wonderful way to spend a Saturday and a great precursor to the trip to Texas tomorrow. Yeehaw and toodle-pip for a week or so. Wishing all my readers a humdinger of a year ahead. I’ve a feeling it is going to be a fantabulosa year. Love. happiness and healing via the power of classic movies to you all!