Had a go at Herman’s wonderfully eccentric recipe for Weiner Schnitzel last night and was mightily pleased with the results. Charley read the bizarre cooking instructions out loud in his lovely booming voice and declared it to be closer to poetry than a recipe. The result was delicious – a “little fish” placed in a wiggle on top of the breadcrumbed and egg smeared bashed up veal, capers scattered at all four corners and a visually pleasing fried egg on top. 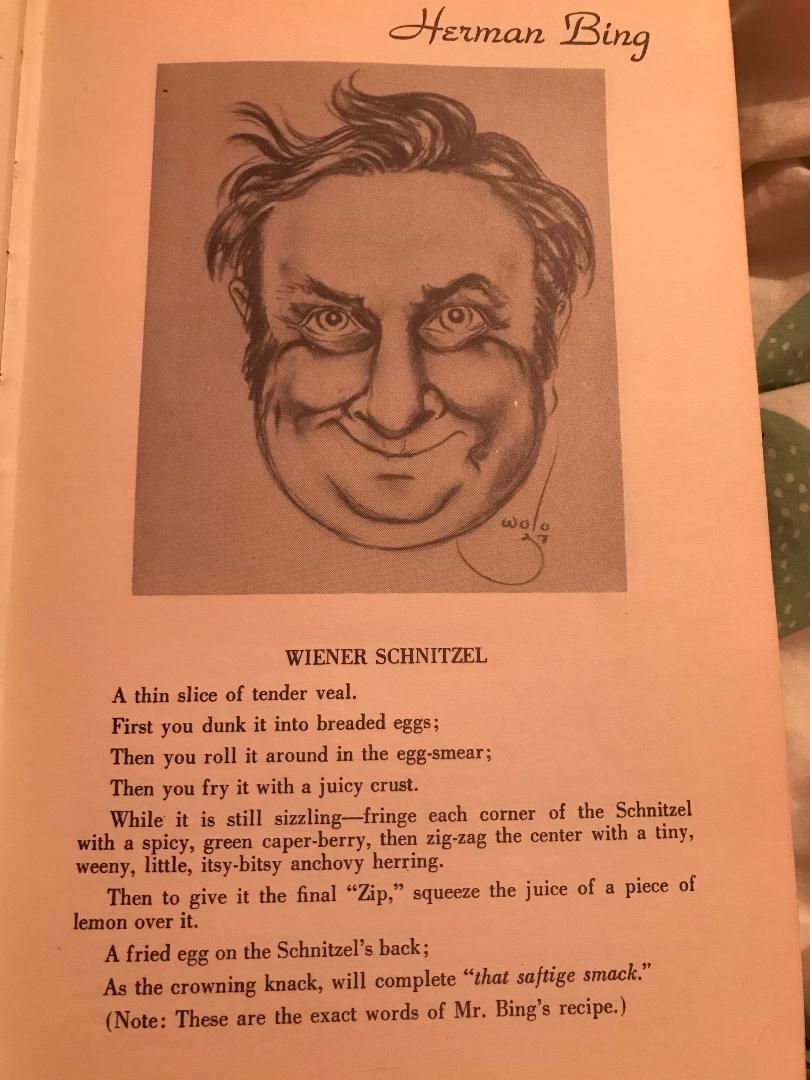 Poor old Bing had rather a sad demise once his particular brand of humour fell out of fashion. According to the insanely thorough IMDB filmography Bing tended to have very small – often uncredited – roles such as “butcher weighing sausages”, “Hans, delicatessan man” and “stout passenger”. The work dried up in the late 1940s though and Bing did himself in. I do quite fancy getting hold of a copy of “The Devil With Hitler” though as Bing plays Hitler’s astrologer – that certainly has comic potential.

Am feeling very tired around the eyes today after an extended crying jag with Charley. Good to get it all out though I guess… It was Kate Bush that triggered it off, I started feeling tearful when I heard her on the radio before going to meet Charley in the pub. I was gripped by that “Arndale Centre” feeling. A kind of relief that I was going to be spending some time at last with someone who just KNOWS me – no need for any of the self critical self analysing behaviour that has been accompanying many of my encounters this week.

It is blind dates a-go-go.