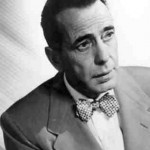 I’ve been putting this one off for too long now and I pledge to make it today, after I have watched The African Queen.  There has been serendipity this weekend.  Basically I’ve been in a terrible funk this week, but have been gradually shaken out of it by the many hilarious emails I’ve received about the Cucumber Crocodile demonstration film and pictures.  So many lovely supporters of the Silver Screen Suppers out there!  This message arrived from Moya in New York on Thursday and I laughed so hard I think it shook something loose in my brain:

“My friend Ashley and I have been chatting about how much we love the
croc. Here’s her latest suggestion about what we should do–I thought
you’d appreciate it:

actually i think we should make two and then take pictures of them
fighting each other.  also maybe of the melon monster eating one.
also maybe i will figure out how to make hippos out of eggplant and
then we can reenact the entirety of the african queen with produce.
clearly the melon monster will play kate.”

Ha ha!  And then on Saturday in the record shop in Crouch End I spotted a copy of The African Queen on DVD so here I am, with a mighty hangover, sitting on the sofa in my kaftan about to watch it.  Aubergine hippos – yes!  I’m going to hatch a menu plan for an African Queen night and DO THAT.

As an aside, if I had a shrink I would definitely ask them why I only fancy men who work in record shops these days.  At least in the olden times I fancied DJs too, now it appears to just be record shop men.  Weird.

Here’s what I was up to yesterday: Electro Morris Wind Up Gramophone Mash Up – fab.

Stop press: my Coconut Spanish Cream in the shape of a rabbit was DELICIOUS – photos here.  In another weird bit of serendipity I was watching “Road to Bali” as I ate it and as a gag a shot of Humph wading through a river dragging The African Queen behind him appeared.  What on earth is going on?!