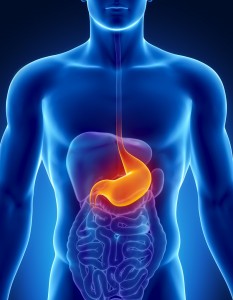 My friend Joan is a nutritionist and her partner Nick is a gastroenterologist and they have written a fantastic book together called Cooking for the Sensitive Gut.  What a brilliant no nonsense title for a book!  There are lots of delicious sounding recipes (and gorgeous looking, for Joan is an amazing photographer) and I plan on trying LOADS of them.  I’ve already made porridge to their method (yum), an absolutely umamifab (just made that up) red pepper with tomatoes and anchovies side dish (which I had with Peter Falk’s Pumpkin Lasagne) and yesterday SHAKSHUKA, my all time favourite spinster’s Saturday brunch.  Delicimo. 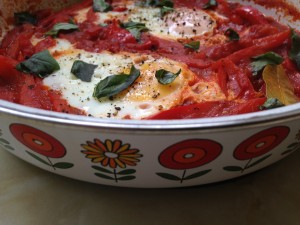 If you have your own Mr or Mrs Wrigglesworth, I heartily recommend Joan and Nick’s book. 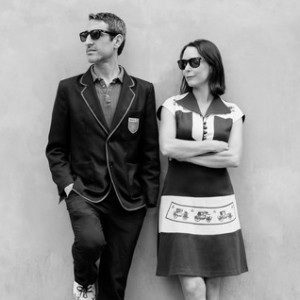 so I had a spinster’s tea too.  A steak sandwich.  I’ve never had a steak sandwich before.  If I have a steak, I want chips.  Or at least some kind of potato based product.  But this was nice too.  Not really much of a recipe.  Jackie just gave directions as: 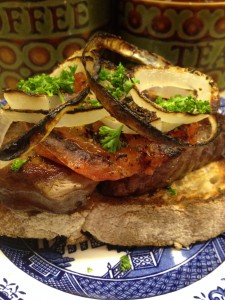 And that is all!  Which is basically what I did, except just one tenderloin steak as it was massive (200g worth).  It somehow felt a bit decadent to have a steak sandwich all on my lonesome on a rainy Saturday afternoon listening to the transistor radio.  Recommended.  I plan to tune in to the Mission45 show on a regular basis, I loved every single thing they and Mr R played.  The show is on Meat Transmission on the third Saturday of the month between 4 and 6.

Here’s how I cooked my steak – mostly for my own reference because I plan to do this again!  In the UK, we call tenderloin, fillet.  I couldn’t make it to the butchers, but I got a nice organic 200g thick fillet from Tesco  I got my frying pan smoking hot, oiled the steak on one side and added salt and pepper.  Popped it in the frying pan for one minute, oiling and seasoning the top side while it was in the pan.  Flipped it and fried it for a minute more on side two.  I already had another ring on my hob set at a lower heat (number 2 on my dial) so I could cook the steak for three more minutes on each side.  I then let it rest for 3 minutes.  For me, this was perfect.  It was medium rare, but of course, cooking times depend on how thick your steak is, and how you like it cooked.  In a note to self, I used a three finger pinch of sea salt on each side of the steak.  Next time I’ll try double that…

The thing that tickles me about this recipe is the fact that Jackie would have been about 11 or 12 when it was published.  I like the idea of someone asking him, “hey, Jackie, what’s your favourite recipe?” and him saying in a really deep, grown up voice: “Tenderloin Steak Sandwich”. 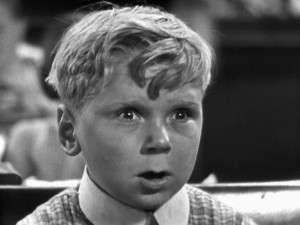