After looking at the recipe for this, Mr Rathbone said: “I’ve got a bad feeling about James Mason’s Pudding.”  I will admit, it’s very odd. 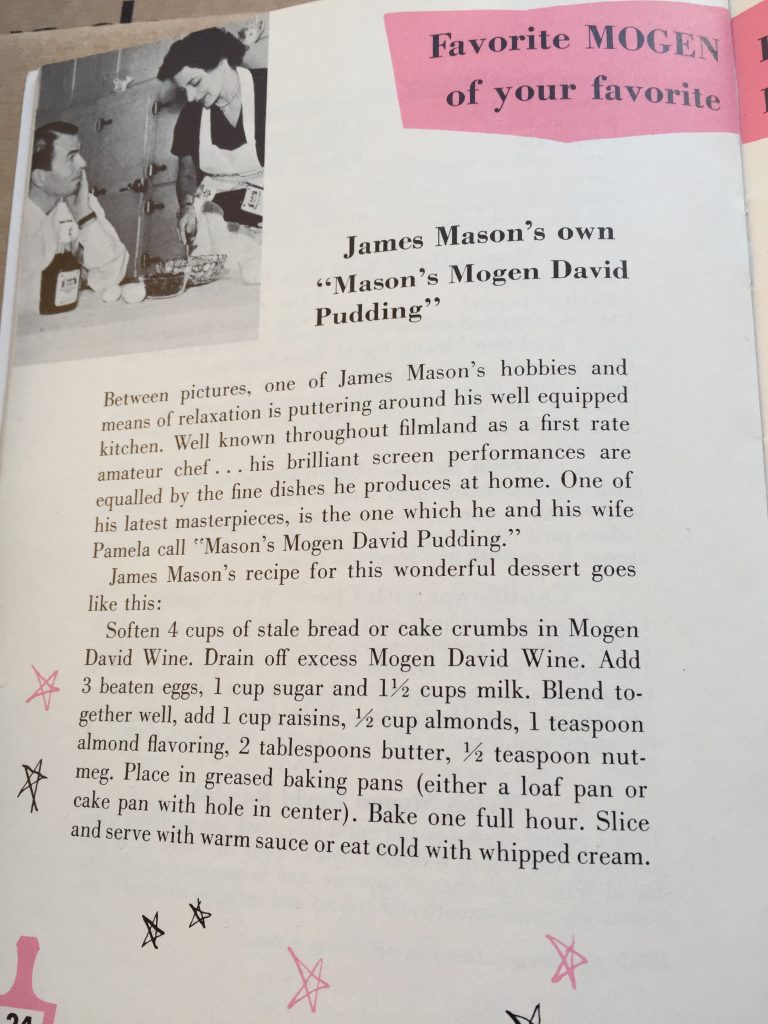 No baking temperature was specified by Mr Mason, so I did a bit of guesswork and figured I should cook it at a rice pudding sort of temperature (150 degrees C) which turned out to be a bit low.  James’ pudding took about an hour and a half to cook.
I have no idea what James Mason’s Mogen David Pudding is supposed to look like but here’s how mine turned out…  I used a Madeira cake rather than bread… 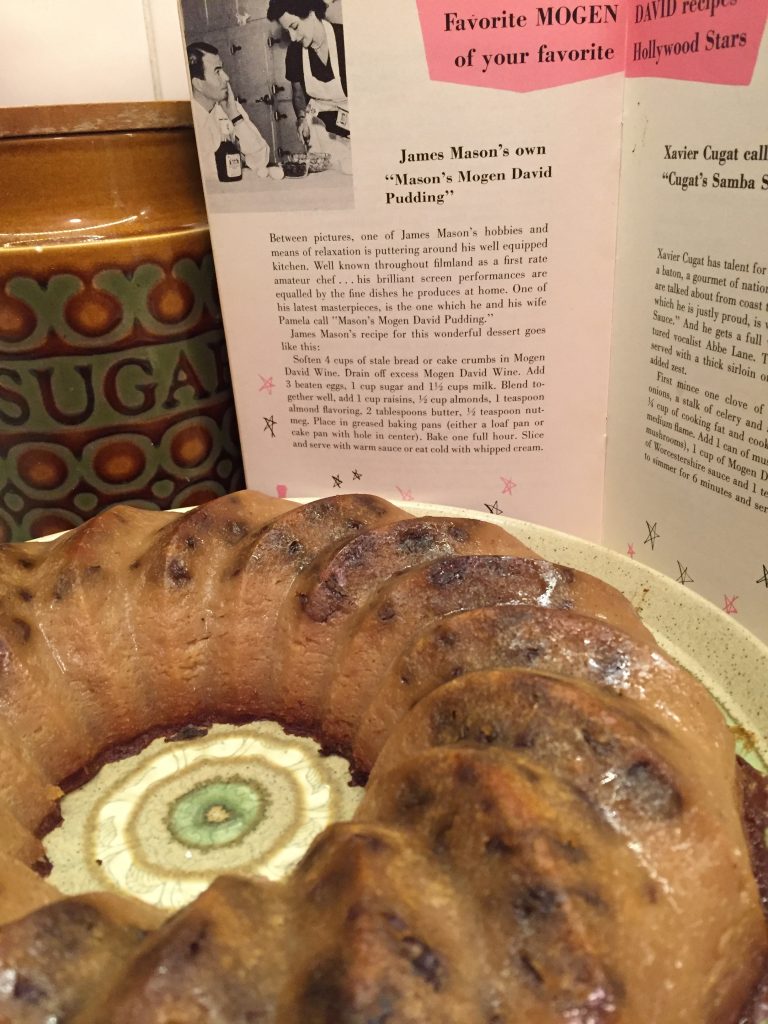 And what did it taste like?  Nice.  Is that damning with faint praise? Well, I’m about to utter one of the most awful phrases in the English language.  I am not a pudding person.  Arg.  I hate that turn of phrase, but I have to say it.  I don’t have a sweet tooth at all, so it’s hard for me to judge. 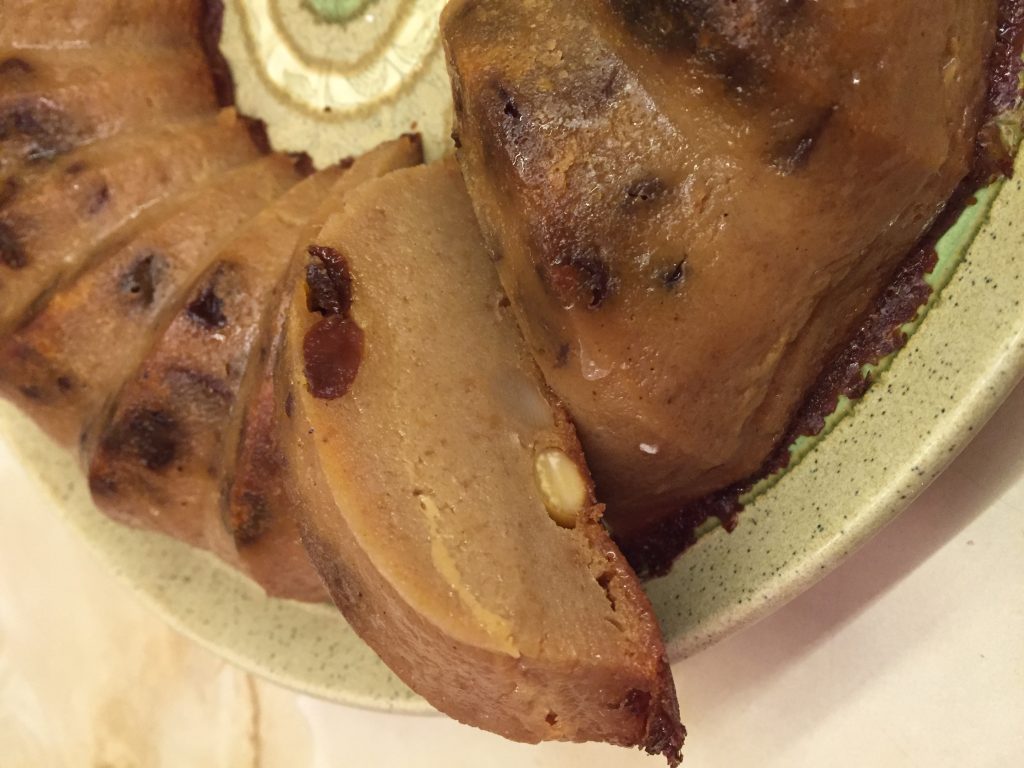 It was the texture of putty.  That doesn’t sound appetising does it?  But it was sort of pleasurable to see my own teeth-marks in it.  It was almondy and cakey and weird. 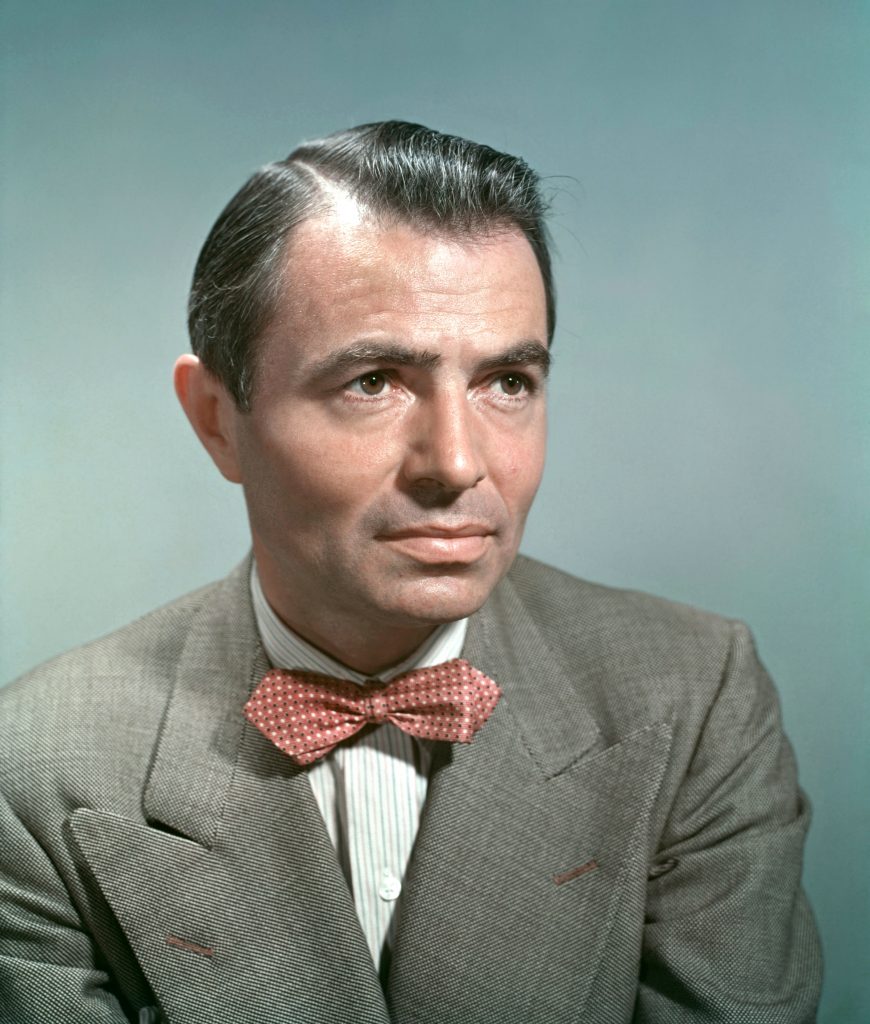 Mogen David Week is complete!
I guess I have proved one interesting thing.  You can get 3 Hollywood stars’ recipes out of one bottle of Mogen David.  Now what on EARTH shall I do with the other bottle?
Mogen David Week is dedicated to the lovely Caroline Frick who kindly brought two bottles of this legendary beverage from Texas to London just so I could make these 3 movie star recipes.
Lon Chaney Jr.s Lamb Chops
Xavier Cugat’s Samba Sauce
James Mason’s Mason’s Mogen David Pudding