I have decided.  I am no good at making jam.  This was my third attempt at this jam and although I thought it was pretty much a fail, the judges at the Muswell Hill Horticultural Show thought differently and awarded it second prize. 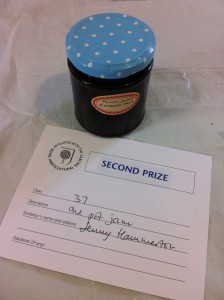 I’m not going to challenge the decision, but to my mind, the texture of this jam is weird.  But I’m not blaming James or his wife for this (he admits it is her recipe rather than his), I am blaming myself.  I just don’t know what the hell I am doing jam-wise. 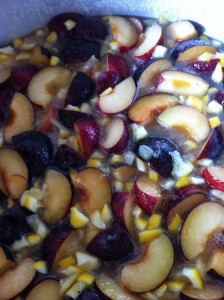 Chutneys and pickles are another matter though.  I was very proud of the Piccalilli – another second prize. This was a joint effort with Heather so not sure if that would be considered CHEATING but nevertheless it is damn good.  As there were a LOT of chutney entries I was as pleased as punch with this result.  Heather’s dad would have been proud, we always use the same recipe that he did.

Jam though.  The great mystery.  The James Mason Plum Jam recipe – another great mystery.  It’s one of those recipes I keep losing.  I found it in a recipe book at the Guildhall library and just spent an hour looking for the scan I took of it in my iphotos.  I just cannot find it.  So, I will post it here the next time I stumble upon it.  Promise.  Perhaps you’ll have more luck with it than I have had… 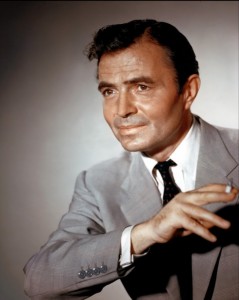