You know how it is when the hardest person to please can make you the very happiest by damning with faint praise?

I spent last week in charge of making sure my god-daughter did her homework and her piano practice and had something to eat in the evenings as her mum was baking thousands of loaves of bread at the Bertinet Kitchen. She sent pix each day of her handiwork… 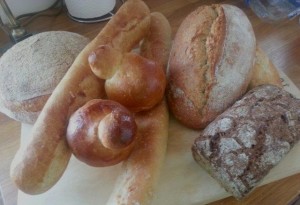 I’m not sure I succeeded in the first two tasks but certainly had a good go to see that my delightful young charge was fed.  It was hard though.  Being a childless spinster means that I’ve never cooked for a young person before and I have no persuasive means of making them eat vegetables. 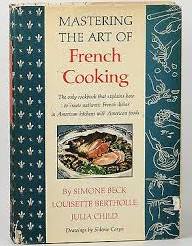 Ringo said, “that’s not how my mum makes an omelette” and when anxiously questioned she revealed that her mum put herbs in it (posh) and it was FLAT (I’d folded it over as Julia directed). 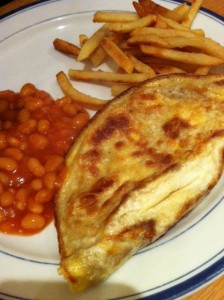 After she’d eaten everything else on the plate apart from the omelette and then kind of prodded it with a knife and opened it out FLAT, she took a tiny taste and said “it’s quite nice actually” and then ate the lot. 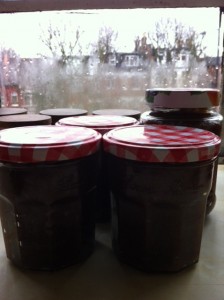 I can’t say the same about the James Mason jam.  I would call it more of a plum SPREAD than a jam.  It’s more like this (which I used to love when I was a veggie and frequenter of the health food shops)… 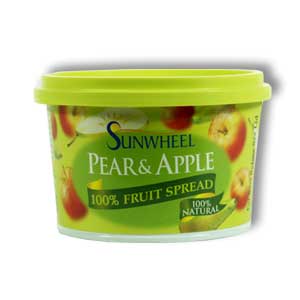 Shall I just give in and decide that I am no good at making jam?  I can’t really because a) I want to put a jar of jam in for the Muswell Hill Horticultural Society Spring Show competition and b) a jar of this has been promised to the winner of last month’s Silver Screen Suppers newsletter competition.  I’ll have to have another go GODDAMIT.

I promise to put the recipe up when I have made another batch and messed around with it a bit.  It’s the second batch I have made and both have been SOLID.  Grrr! 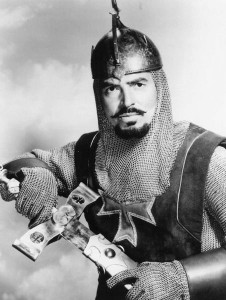