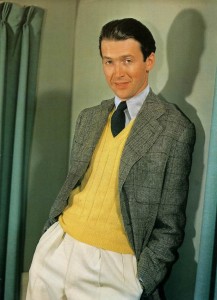 “I lasted one night.
They said my playing spoiled people’s appetites.”
Well Gene’s appetite certainly wasn’t affected last night. He ate TWO pieces of the pie and took one home with him this morning. We christened the splendid beast the “Piewacket” after Kim Novak’s cat in “Bell, Book and Candle”. OK, so I fell asleep on the sofa while we were watching it, but it wasn’t because of Jimmy’s acting.

Jimmy’s Pie takes a LONG time to make but I consider it worth it as it is so scrumptious. In another kitchen elsewhere in London, Basil was having a bash at it too. He made his half the size of mine, using chicken thighs and proclaimed it to be “absolutely delicious!” adding, “If you commit to making it, the rewards WILL justify the efforts!” He admitted that he and his lovely wife Bettina ended up eating the whole pie between them (even though it should have served 4). I don’t blame them, it’s virtually impossible to resist.  See this blog post for the recipe.

Also virtually impossible to resist is Gene, but resist each other we did! He was charm itself and took himself off to the spare room to get his beauty sleep after pie and a movie. I did enjoy the business with the apron strings though…

What a lovely day today. It began with a text from the very top of the house to me down in the kitchen asking if there would be crumpet for breakfast. For comedy factor I got two out of the freezer. Later on I had lunch with my mentor Hugh. How lovely to spend quality time with two people I am VERY fond of in the same day. Lucky me.