Fluorescent green is not a colour you see very often when cooking, but the unusual spinach sauce in this dish is positively radio-active! 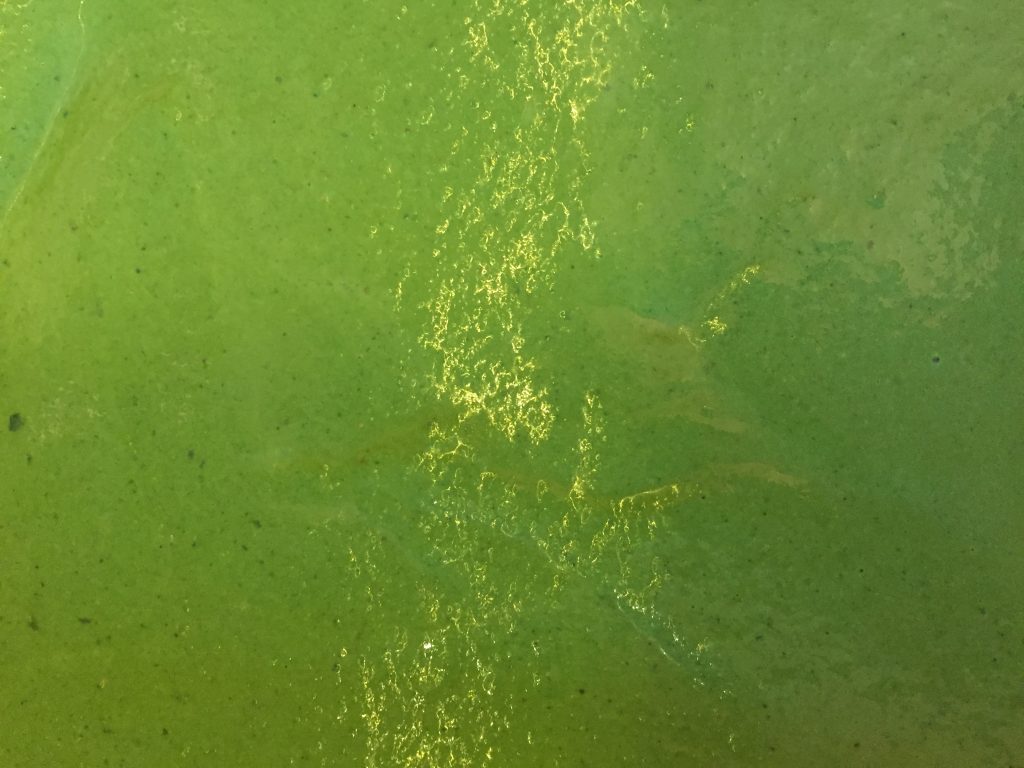 I loved the easy method of making the saucy part of this lasagne (bunging everything into a blender and zapping it until it becomes a sauce) and did have a good laugh when I took the lid off the blender and saw the colour of it. 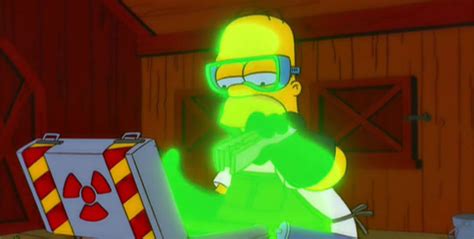 I chose this dish in order to use up one courgette.  Haha.  I have written many times about how I hate to waste food, and this often results in me cooking strange things just to use up a pilchard or something.  In this case, as my darling Battenburg Belle was coming around for dinner I had a look in my fridge and there was a courgette that needed using up. No matter that I had to buy mushrooms, ricotta, mozzarella, pecorino, tomatoes, basil, spinach and lasagna noodles to add to my courgette, that courgette did not go to waste! 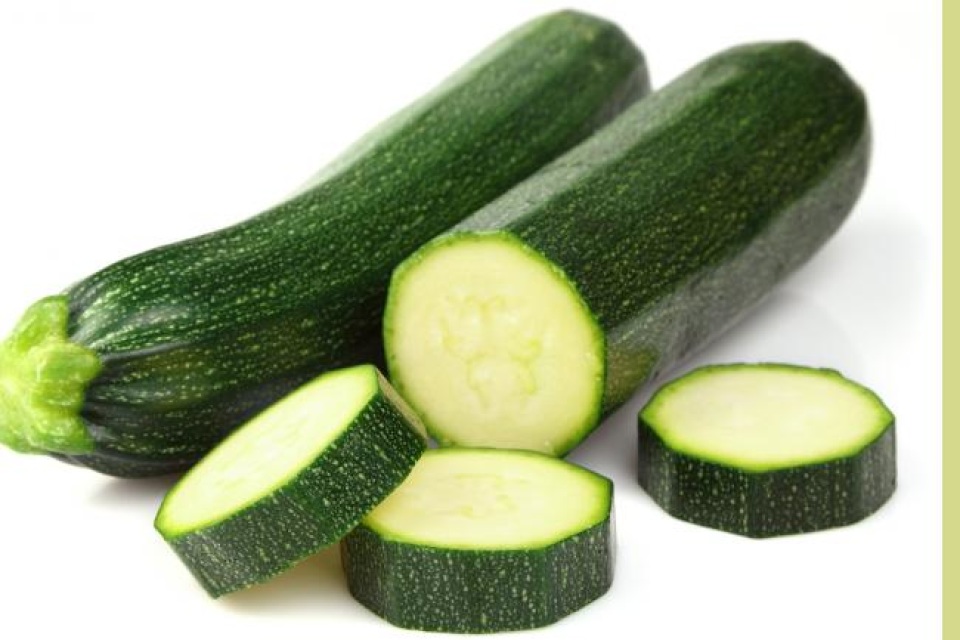 A few notes if you decide to have a go at this (but please see our verdict before going ahead).

My tomato/onion/herb mixture couldn’t really be called a sauce, as it was in Jane’s recipe.  Maybe my tomatoes weren’t ripe enough?  I just sort of SCATTERED it across.. 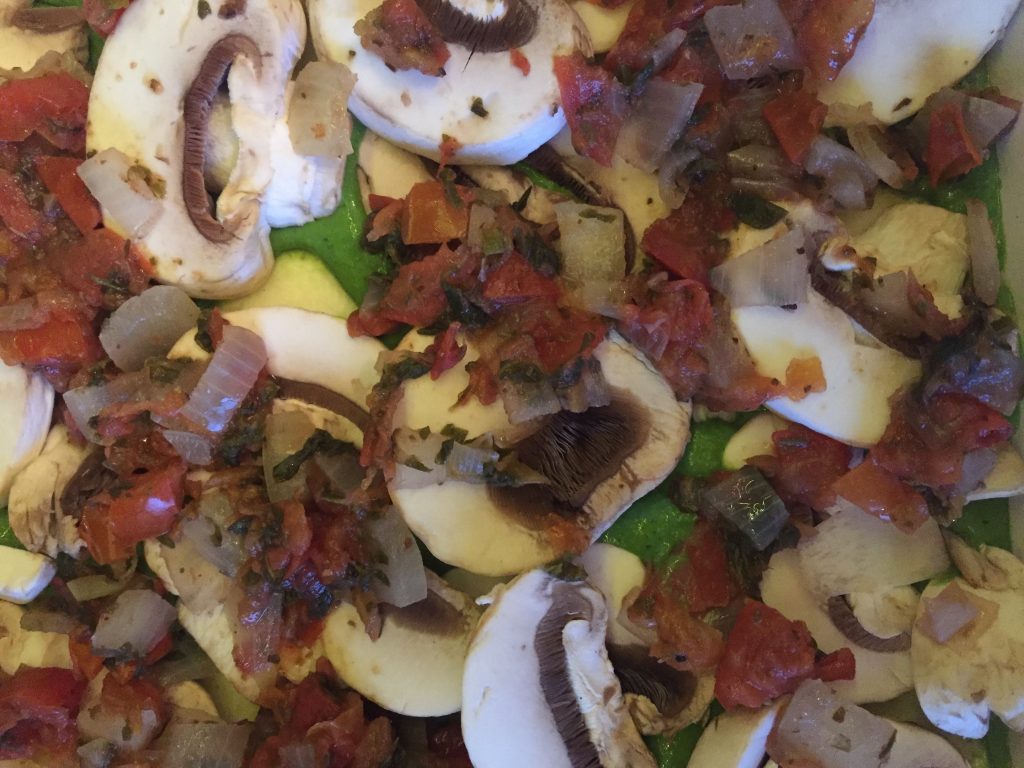 There’s a lot of spinach to fit in a blender, I put a few handfuls in at a time and then pushed it down after each zap.  Got there in the end.

I used fresh lasagne and didn’t precook it.  It was fine.

I tore up the mozzarella into fairly small pieces rather than grating it. 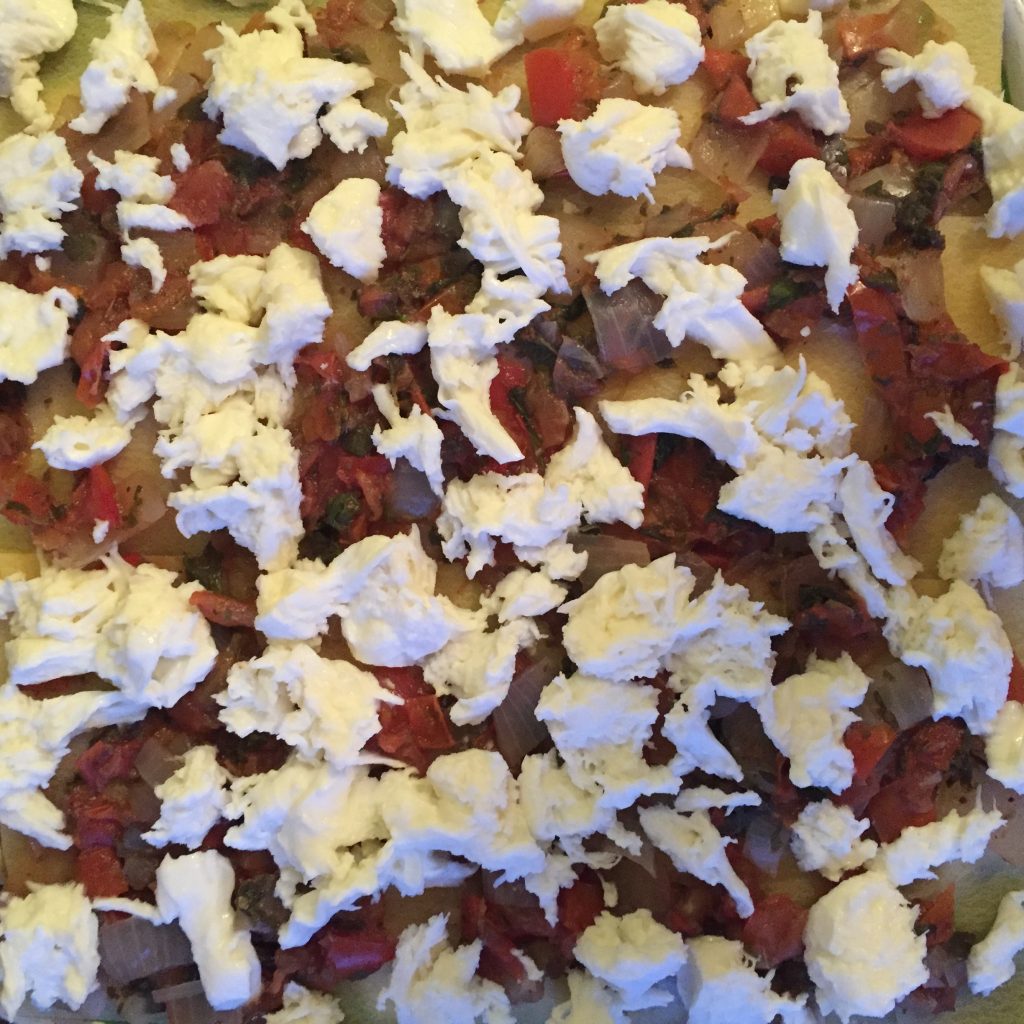 My lasagne dish was full to bursting so I put it on a baking tray in the oven – I could tell it was going to drip over the sides and indeed it did, so this saved the bottom of my oven having radioactive stuff stuck to it. 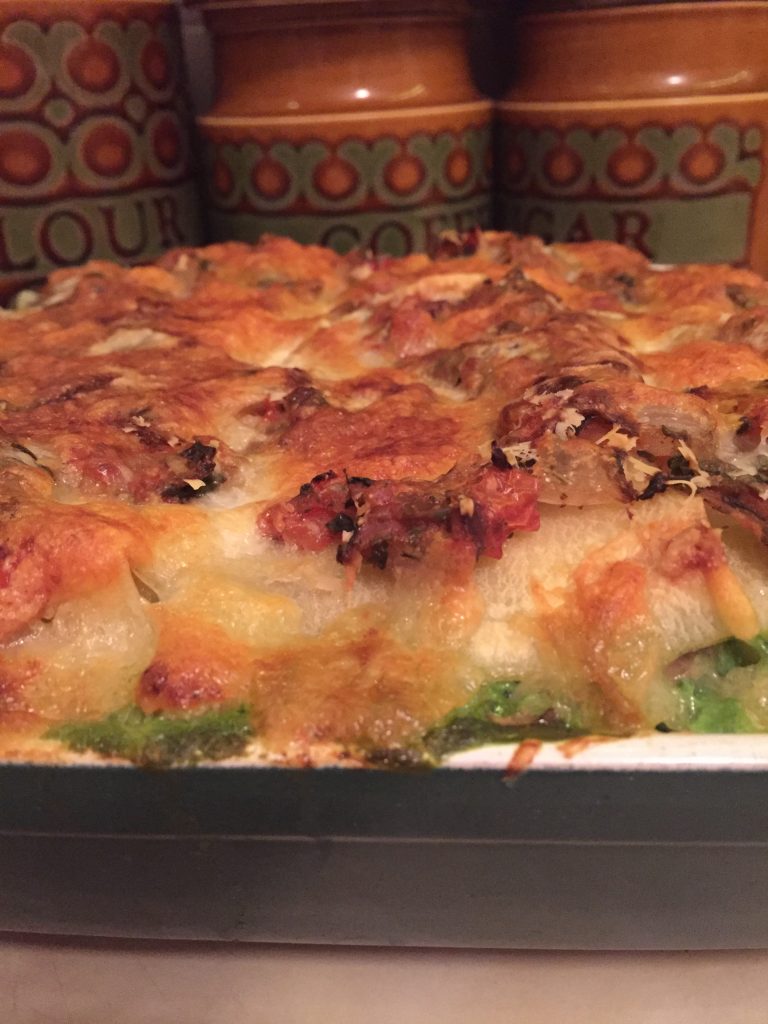 When I took it out of the oven I was MIGHTY pleased with how it looked. 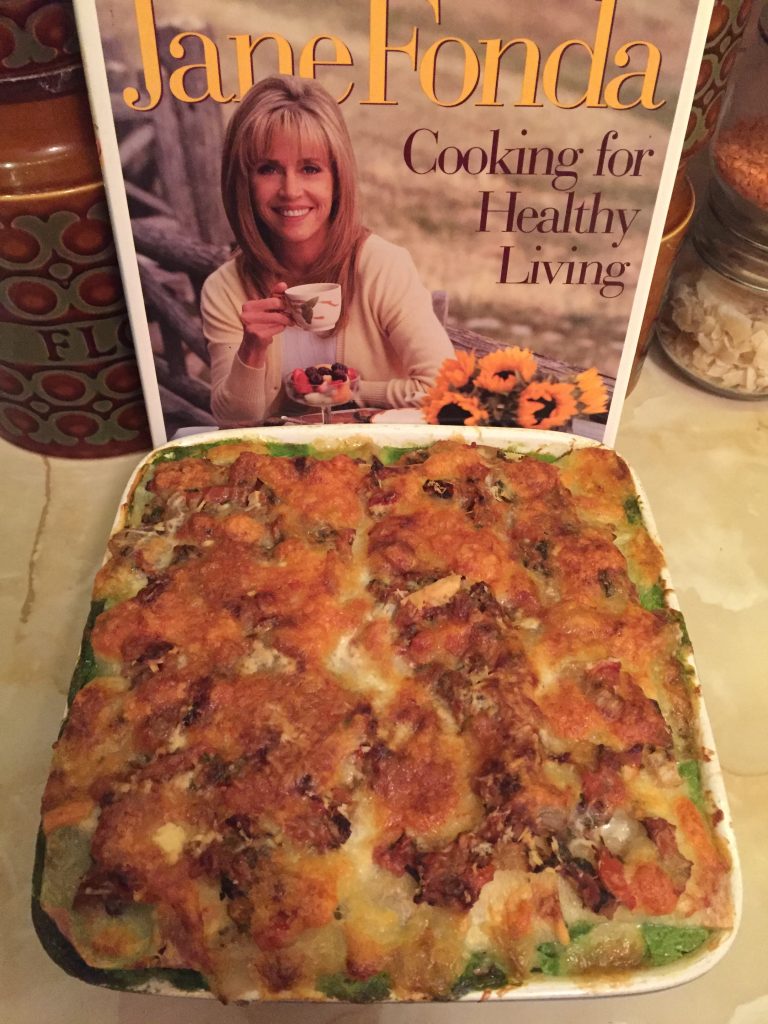 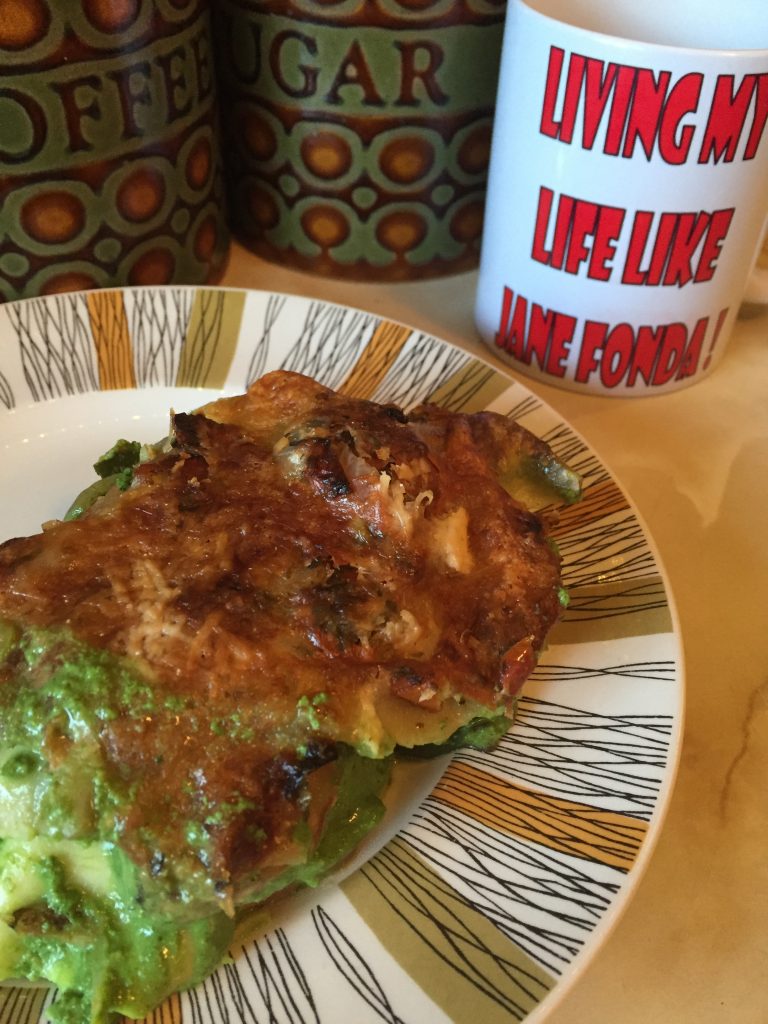 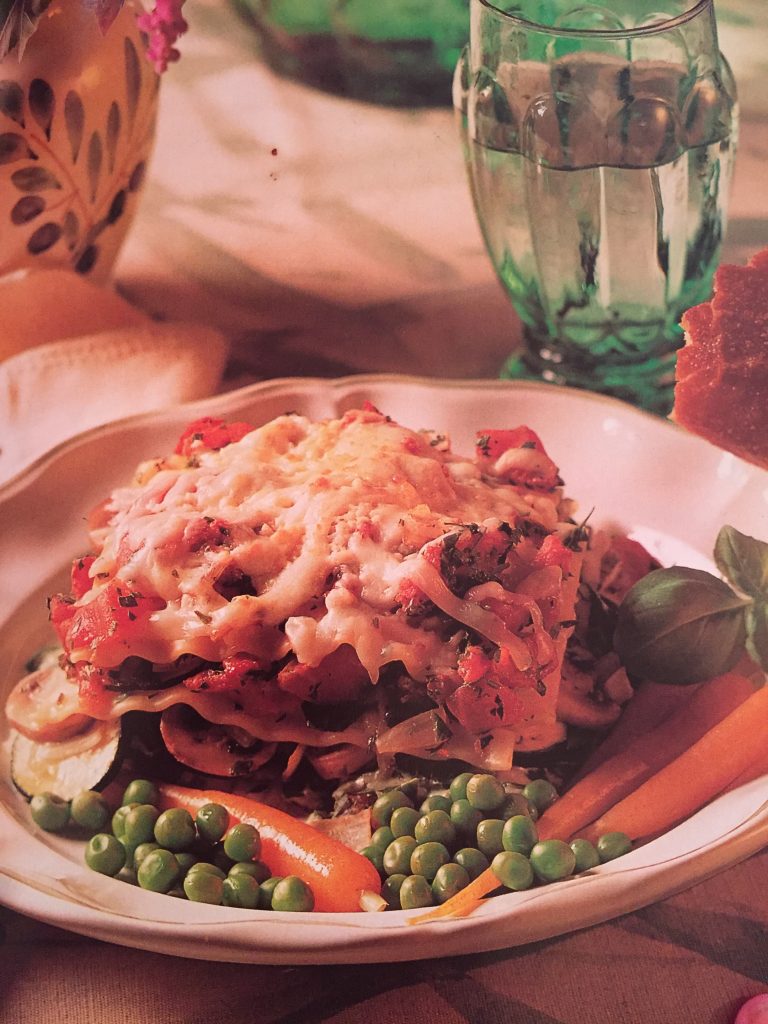 Cathy uttered the line that I love so much, “Well, I won’t be asking you for the recipe”.  Haha!  We both agreed that it was very weird indeed.  It wasn’t inedible, just very, very strange.  There was much debate about the fact that I didn’t think I could fit the vast amount of leftovers in my freezer and would it be awful to just chuck it?

We decided the best bit about it was the cheesy topping. As we drank two bottles of wine and a bit of a third between us, I can now testify that when you wake up with an enormous hangover the cheesy bit is VERY good.  Especially when eaten standing up waiting for the kettle to boil.  What but shall I do with the rest?  There is at least 2/3 of a courgette in there… 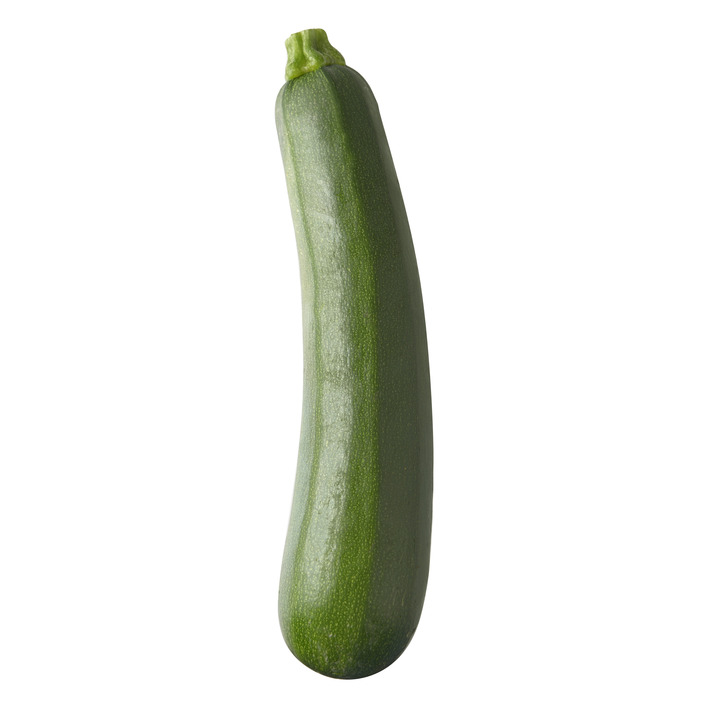 Oh, apart from the cheesy topping hangover snack there was another good thing about Jane’s Lasagna, it prompted me to do the Jane Fonda Workout while I waited for Cathy to arrive. 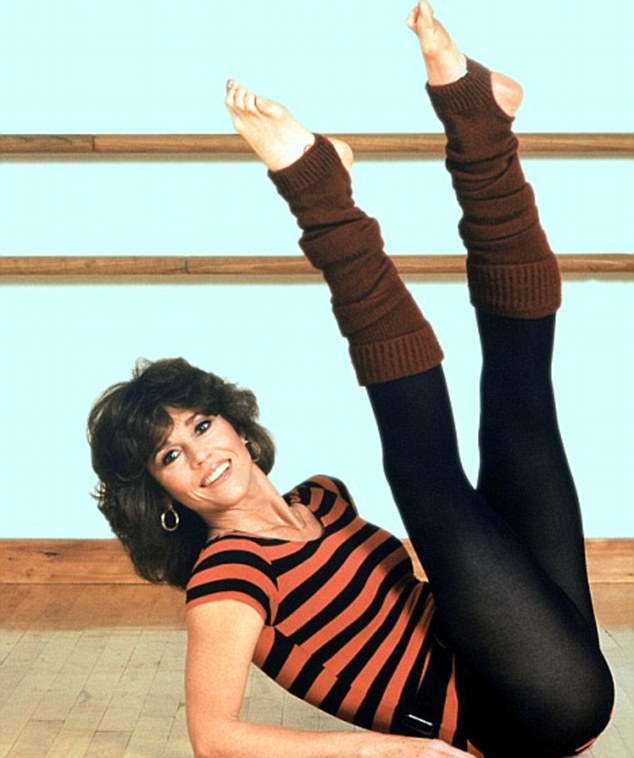 I was much better at it than last time and I think I have my weekly Pilates session to thank for that! 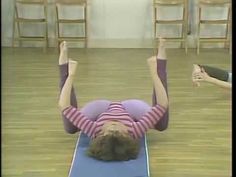 I still cannot do this bit…

Cathy and I had a hilarious conversation about our shared dislike of JAZZ.  Cathy really made me laugh with a comment I cannot transcribe here as it involves swearing.  But it was basically about trombone solos and marching bands.  I love it when Cathy really speaks her mind, she’s the politest woman I know, until I get her drunk…

Here’s some pix mostly for my lovely friend Michael MacMahon who LOVES Jane Fonda and for Mr Rathbone who loves a certain doggy called Gunwale who looks very much like Jane’s doggie. 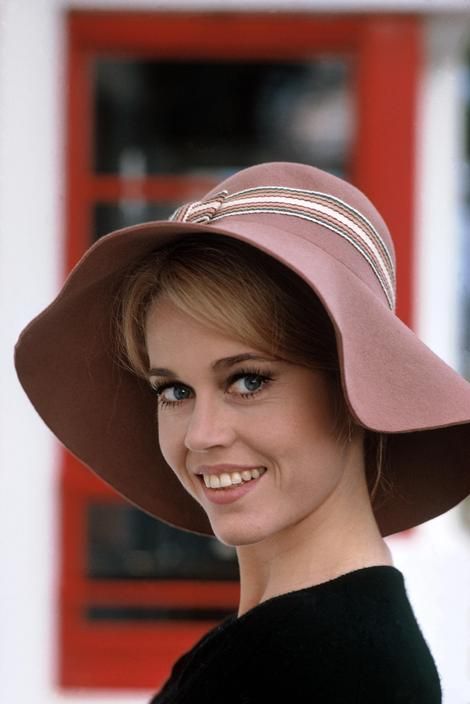 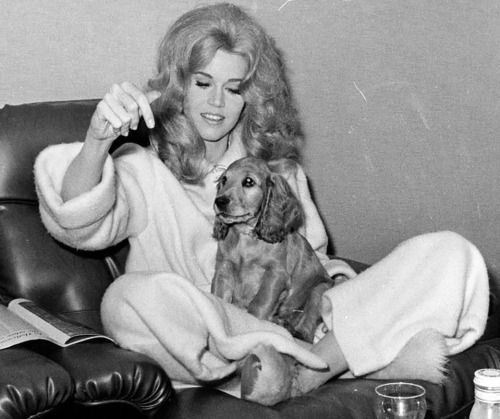 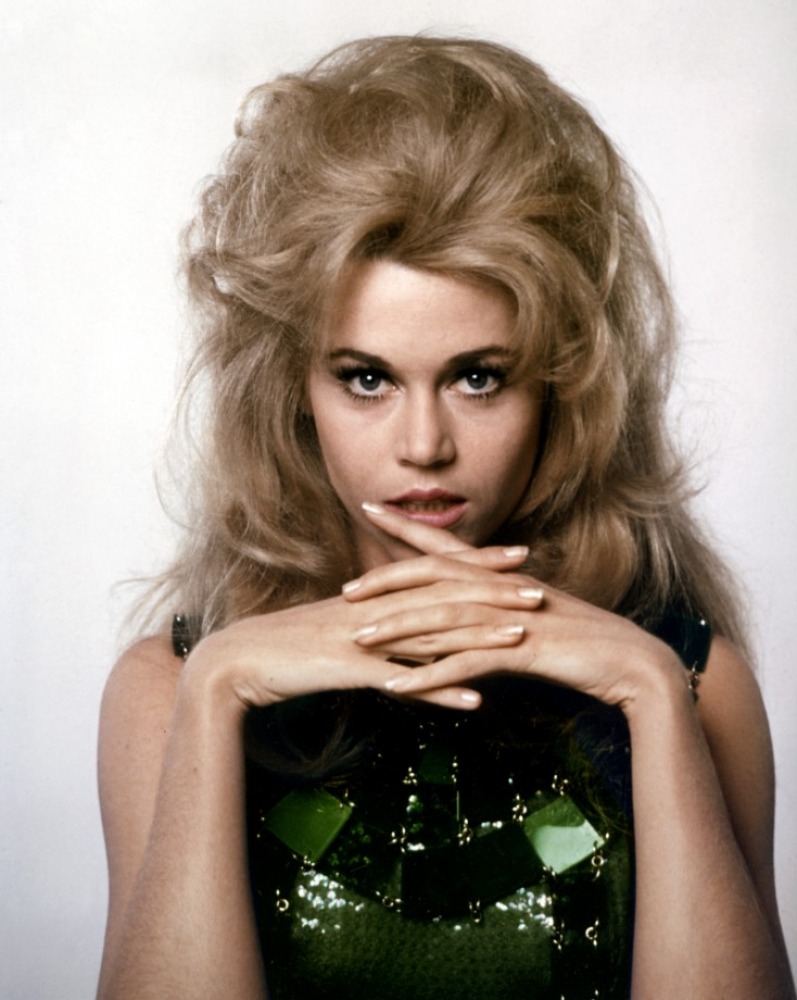 Before the recipe, I just want to mention that I often check in to see what Jane is up to over on her blog.  She continues to campaign for social justice and she talks so much sense.  Check it out sometime, she is a total inspiration.

In a medium saucepan over a medium heat, combine the onion, tomatoes, basil, thyme and oregano.  Bring to the boil, then reduce the heat to low and simmer, uncovered, until the sauce has thickened, about 10 minutes.  Remove from the heat.

In a food processor with the metal blade or in a blender, combine the garlic, spinach, ricotta, half of the mozzarella, the egg whites, nutmeg, and pepper.  Process until blended.

In a large pan over a high heat, bring the water to the boil.  Add the noodles and cook according to the packet instructions or until al dente, about 10 minutes.  Drain.

Bake, uncovered, until bubbly and golden on top, about 45 minutes.  Cool for 10 minutes before slicing.

To serve, divide amongst 6 individual plates. 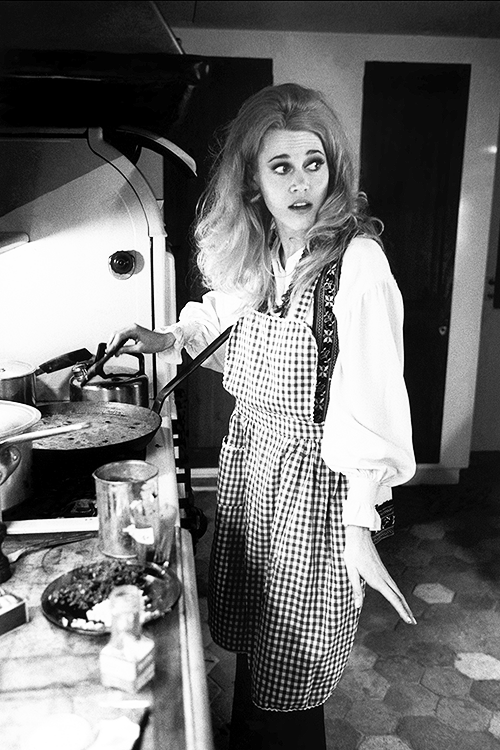