What a perfect spinster’s supper!  Janet is now one of my favourite stars, as her recipe is FOR ONE!  I just love it when I stumble upon a recipe that stipulates “Serves 1”, the most notable being Vincent Price’s Chicken in Pineapple.   This usually means no leftovers, and nothing to go in the frozen archives.  When you live on your tod, it is so nice sometimes to have something designed for one, rather than paring something down that’s meant for a nuclear family. 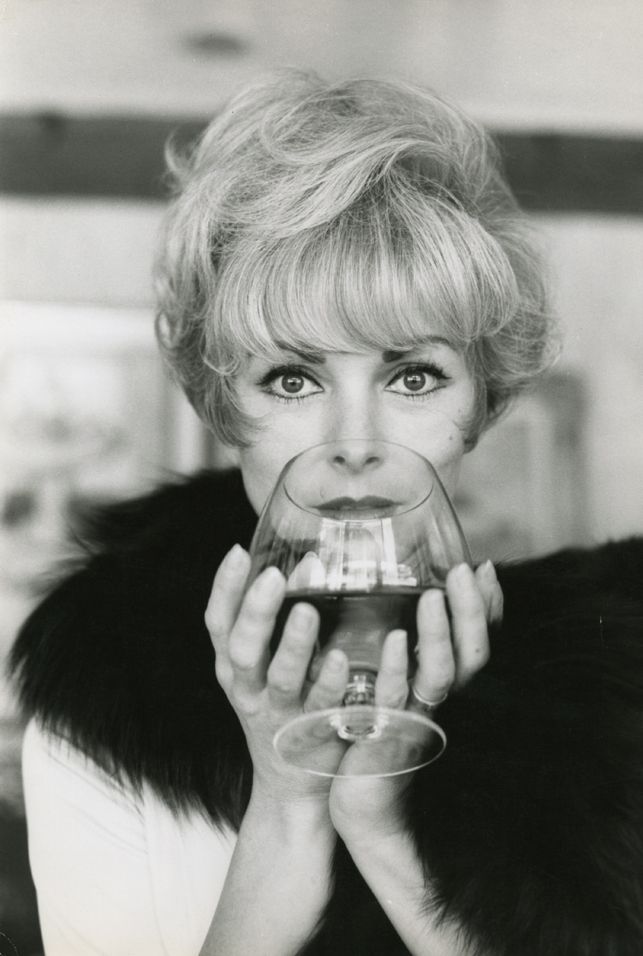 Janet’s soufflé was pretty easy to knock up on a school night, and I had it with what I hereby christen “Kale in the Joan Crawford Style” as I did what Joan liked to do with spinach, chucked loads of bacon fat and vinegar at it.  This whole meal was a triumph.  I enjoyed it very much, perched on a kitchen stool watching Columbo. 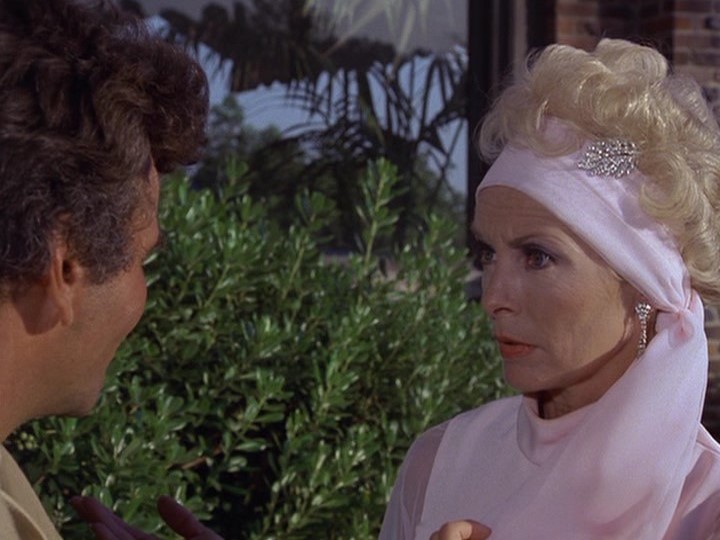 Janet didn’t say anything about greasing your soufflé dish, but I’m going to add this to the version destined for the Columbo cookbook (yes!  Janet Leigh was in Columbo!).  Mine was all stuck to the bottom, but I had a fine old time prising off the crispy bits and scoffing them after I’d polished off the soufflé and kale. 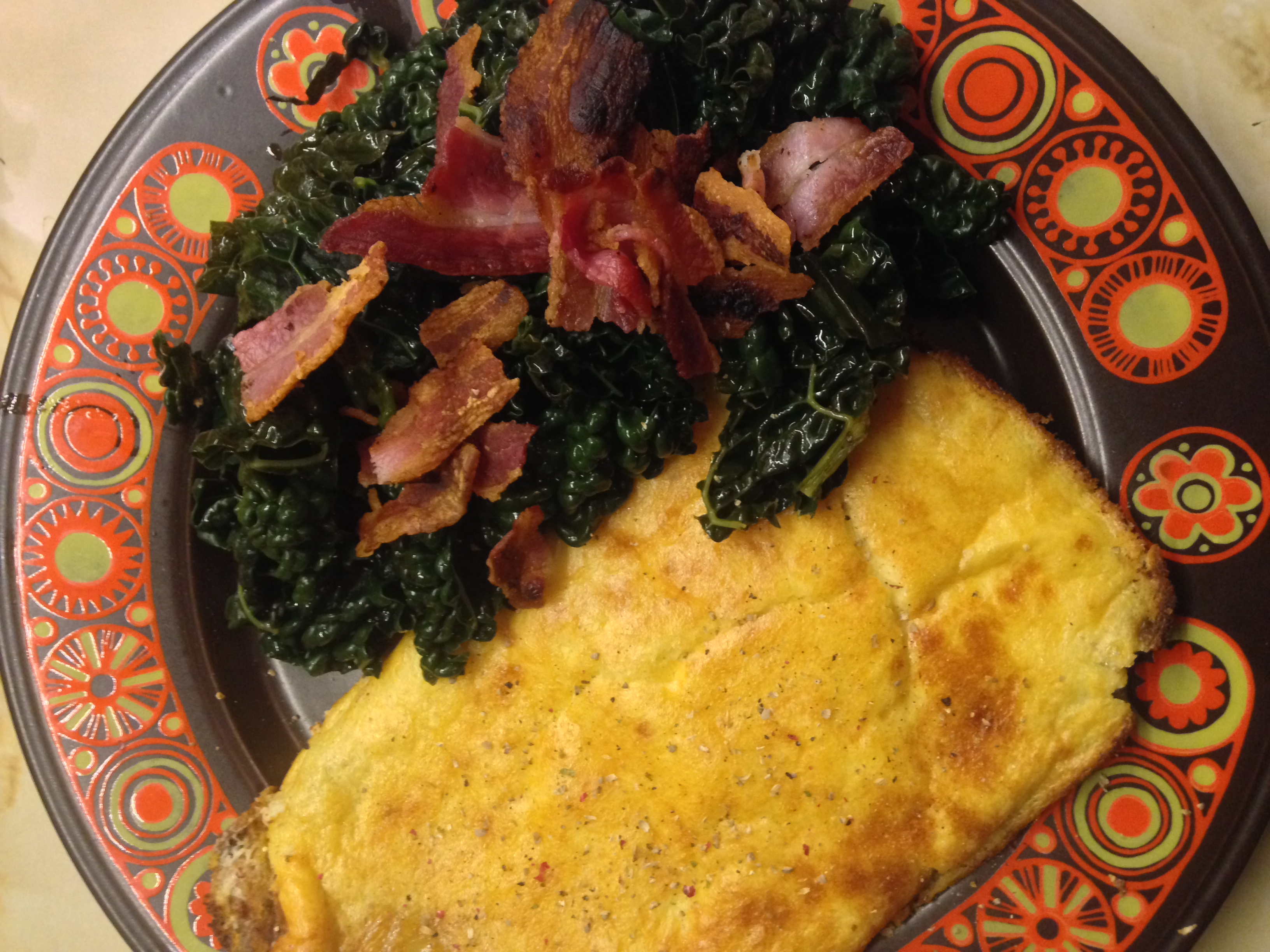 The wording of the recipe is a bit odd, but I guessed that Janet spread the cheese on the toast and then bunged the rest of the mixture on top.  Yum yum.

A pinch of cayenne pepper

Scant half a cup of milk

Melt the butter in a pan.  Stir in the flour, salt and cayenne pepper.  Pour on the milk and stir over a fire until the mixture thickens but does not boil.

Remove and stir in the cheese.  Add mustard, egg yolk and beaten egg white.  Spread on slice of toast (I use whole wheat for greater nutrition and no weight-gaining content) with Leiderkrantz cheese.  Place in the bottom of a small single serving casserole.

Gently pour the egg mixture over the toast and bake for about 20 minutes in a 375 degree oven [190 degrees C] and don’t PEEK.  If there is anything a soufflé can’t stand, it is a sudden gust of air on the light mixture.

I didn’t peek Janet and it was lovely and fluffy.  A sort of eggy cheese on toast deluxe.  I will DEFINITELY make this for myself again.  Perfect spinster fodder. 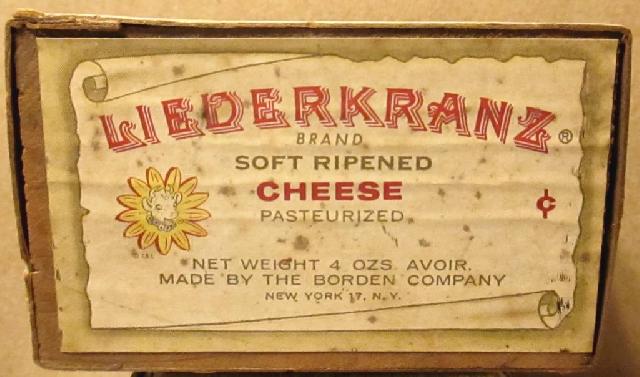 * I went into Wikipedia world to find out about Liederkranz cheese, as I’d never heard of it.  Fascinating stuff!  The closest I could get here in the UK was Epoisses.  Every time Mr Rathbone went near the fridge over Easter he said something like, “That fridge has got an edge to it.”  It’s a very stinky cheese.  But it was utterly delicious.  I used about 60g.