As a former cataloguer, I’m always intrigued when machines have been put to work, doing things that only human beings can really do properly. I’m not a Luddite, honestly, it just makes me laugh! 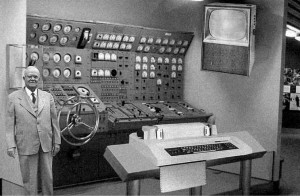 So I found Jeanette’s recipe in two newspapers which have been transcribed by some kind of mechanical cataloguing machine, and bunged up on the internet.  In the first paper, The Anderson Daily Bulletin, the title of this recipe is: SIZZLING L1VKRS AND WALS’UTS. One of the ingredients has been transcribed as “3 ibsps.drvshcrrv” which I know from the other newspaper is 3 tbsp dry sherry, and “consommé, undiluted” becomes “consommé nindilutedi”.  The version of the recipe in the Cincinnati Enquirer obviously had a slightly more sophisticated machine working on it, as it’s more readable.  It does still have its quirks though, and  I love the final, poetic line of the recipe: “Flour bear, and walk through that wild country”.

So I’ve compared both, and I think this is how Jeanette made her Sizzling L1vkrs and Wals’uts, before the days of scanners and “optical character recognition” software.  I made them this way and they were yummy.  This one is definitely destined for the Columbo Cookbook (Jeanette was in two episodes), but I’ll have to find alternatives for condensed consommé and steak sauce for British cooks as they aren’t really easy to get here, especially the former.  I got my Campbell’s condensed beef consommé via eBay, and lovely Nathan and Heather brought me back some A1 steak sauce from the States last time they went.  Although I have heard tell that A1 is stocked in one of the bigger British supermarkets, I’ve never seen it… 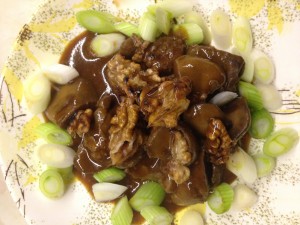 A little flour to dust the chicken livers with

Sauté walnuts in cooking oil until golden; drain, salt lightly.  Parboil the chicken livers in salted water to cover for 2 minutes and drain.  Mix together the soy sauce, sherry, brown sugar and garlic: pour over the chicken livers.  Marinate chicken livers for one hour turning several times in the sauce.  Drain the marinade into a saucepan.  Remove and discard the garlic.  Add consommé, cornstarch and steak sauce, stirring until ingredients are well blended. Heat mixture a few minutes over low heat stirring constantly, until the mixture begins to thicken. Dust chicken livers lightly with flour. Heat small amount of cooking oil in a skillet; saute chicken livers a few minutes only (they should be moist in the center). Add chicken livers to the hot sauce mixing well; turn into a chafing dish. Pile the walnuts in the center. Decorate the edges with the scalllons. Serve with assorted breads or hot cakes. Makes 3 or 4 servings.

And don’t forget the crucial final step: flour bear, and walk through that wild country. 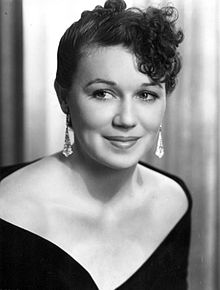